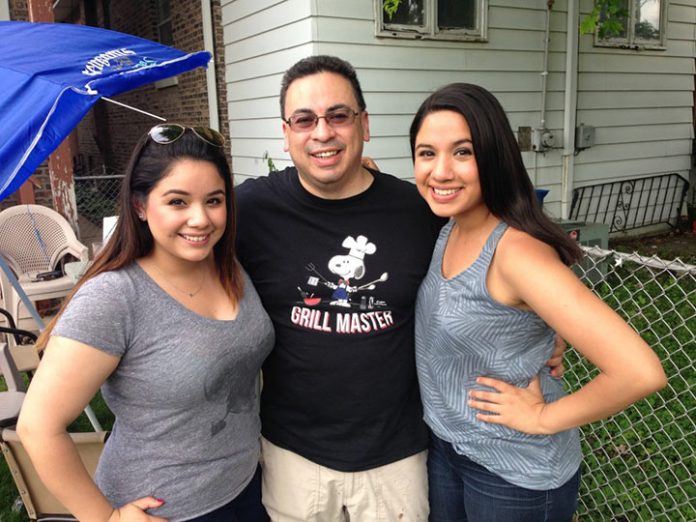 By Roberto Carmona
Last week was my birthday. I turned fifty-three. The highlight of my birthday every year is that the
Saturday before, I have brunch with my daughters. Last Saturday there was no brunch because my
daughters were attending a Women’s March.
Don’t worry this is not “I am such a sensitive guy story”, this is a “why was I so ignorant” story. With the momentum of the “Me Too” movement, for you guys who don’t get it, there will be consequences. Women are not playing. I know, I helped raise daughters who fight for themselves.
I reflect on my birthday in context of significant moments in history, like “Me-Too”. I swear, just the other day it was 1987, I was twenty-two, finishing college, the Soviet Union was still around, and I was listening to Santana on my cassette player and the film “La Bamba” was playing at the movie theatre.
In 1987, I was smooth, in my Midwestern Mullet hairstyle, tight Levi 501s, mustache and aviator glasses, a real lady’s man (at least I thought I was). “Play on Player” was my motto. I was partying at the clubs and enjoying the single life. It was about me and whatever girl I had at the time or one that I was chasing. My mother would say, ‘one day, God will give you daughters’. I would say “whatever mom” and put on my new black “members only jacket”, get in my new black Ford Escort and head to the “Underground Club” for the two for one double bubble beer special and dance to Salt and Peppa’s “Push It”, while I laid my seductive rap on the cute Rock Falls’ girl I was scoping.
Pow! Two years later 1991, the Gulf War is being waged, JFK is at the Theatres and Michael Jackson’s “Black or White” is on the radio. My “members only jacket” sleeves are now ripped and stained with faded taco sauce and mustard, and my Ford Escort had a bad transmission. I am married with babies. Both girls. Tonantzin and Xochitl.
How society treated women mattered to me now. As a father, I took my role as protector to my daughters seriously. I quit agreeing with and questioned comments like “You act like a girl” “Girls don’t do those things”, and “Boys won’t like you if you are too smart”. I reminded my girls, don’t ever think “you were less than” because you are girls.
In elementary school, I supported and encouraged my girls to run for student council. Xochitl was in the third grade and beat a sixth-grade boy on a platform of cartoons in the cafeteria for lunch. She knew the third graders outnumbered the sixth-grade vote. As they got to be teenagers, I would talk to them about significant women leaders like Dolores Huerta. I stressed the importance of education. In sports, my girls wanted to win and for soccer and basketball, I explained that if the referee was not looking, throw an elbow to your opponent’s ribs (Okay I am not perfect).
I had discussions with them about power, boys, men and sex, I had them reading books like the “48 Laws of Power”, and we watched and analyzed “The Godfather” films so they could have mental weapons to navigate in their journeys for their micro-battles with men ​and ​women who served as barriers to their advancement.
Today, Tonantzin and Xochitl are women, college graduates and have grown to be very intelligent, proud, tough and respectful professionals. They had a lot of good people around them along their journey. My little piece in the process was to be a male role model.
So, for you bros, dads, tios, brothers, primos and male friends be supportive and sensitive to the Me-Too Movement and why it is important to the women in your life. The respect and support will be reciprocated, and you will become a better person for it. 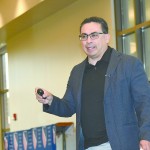 Roberto Carmona is a contributing writer for Hola American and is the Principal Consultant for Carmona Strategic Solutions (CSS).Roberto is a nationally recognized consultant who has successfully executed on complex projects in the areas of leadership development, strategy design, executive coaching, executive search, strategic marketing, and organizational change projects for Fortune 500 companies, national nonprofits, colleges and universities and hospitals.