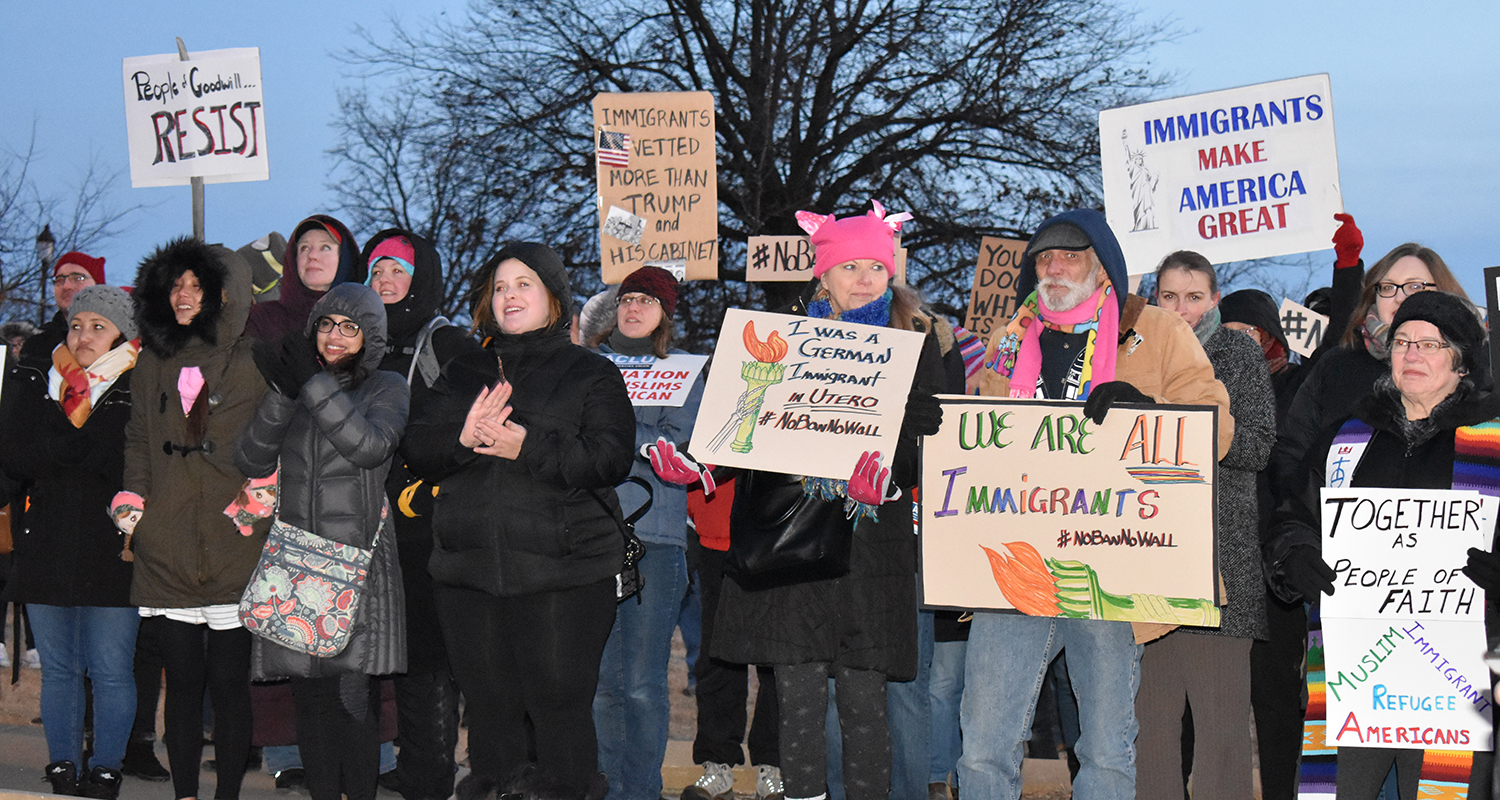 When it comes to immigration, President Trump and fellow hardliners are on the wrong side of American public opinion, as new analysis and new Iowa polling each make clear.

At Vox, Dylan Matthews analyzes a range of immigration public opinion in a piece titled, “Polls Show Americans are Closer to Democrats than Donald Trump on Immigration.” Assessing Americans’ opinions on a range of the policies including President Trump’s radical White House immigration plan, Matthews writes:

…while relief for DREAMers is wildly popular with the American public, a border wall and reducing immigration levels are not. As you might imagine, most Americans don’t have especially detailed views on specific questions of immigration policy, like “should we end the diversity visa lottery” or “should we change the standards for family sponsorship,” and polling on those kinds of specifics is all over the place.

But on the big questions, the prevailing public sentiment is reasonably clear: People want relief for DREAMers. They don’t want a border wall. And they want immigration levels kept constant or increased, not lowered. It’s totally in line with public sentiment for Democrats and pro-immigration Republicans in Congress to insist on a deal that helps DREAMers without building a wall or cracking down on immigration.

…When considering both public opinion and the policy merits, Democrats and pro-immigrant Republicans are on very solid ground in opposing a deal that enacts a large cut in legal immigration.

Meanwhile, the latest installment of the highly respected and non-partisan Iowa Poll, conducted for the Des Moines Register and Mediacom by Selzer & Co, finds that even in Trump-leaning Iowa, public sentiment on key immigration questions is opposed to Trump’s hardline view. As the Des Moines Register recaps, Iowa public opinion is overwhelmingly pro-Dreamer; strongly pro-citizenship for the 11 million; and broadly against the proposed border wall:

Iowans overwhelmingly support citizenship for undocumented immigrants — and not just the so-called Dreamers. Sixty-five percent of respondents in the latest Des Moines Register/Mediacom Iowa Poll call a pathway to citizenship for all undocumented workers currently living in the country “a worthy goal.”

The consensus is stronger when it comes to young people brought to the country illegally by their parents. Eighty-one percent of Iowans say eventually extending citizenship to “Dreamers” — the group until recently protected by the executive action known as DACA — is a worthy goal.

The 65-to-26 percent majority favoring a pathway to citizenship for all undocumented workers marks a sharp increase from the last time the Iowa Poll tested the question. In June 2013, 54 percent of Iowans called the opportunity for citizenship a worthy goal, compared to 38 percent who said it wasn’t.

…Support runs strong even in Iowa’s 4th Congressional District, where incumbent U.S. Rep. Steve King has staked his political identity on maligning immigrants and supporting restrictive immigration policies. Sixty-two percent of Iowans living in King’s district say a pathway to citizenship for all undocumented workers is a worthy goal.

Half of Iowans also oppose building a wall along the southern border. Fifty percent say the wall “should not be funded under any circumstances,” and another 15 percent say funding should be contingent on permanent legal status for DACA recipients or with a broader deal involving most immigrants.