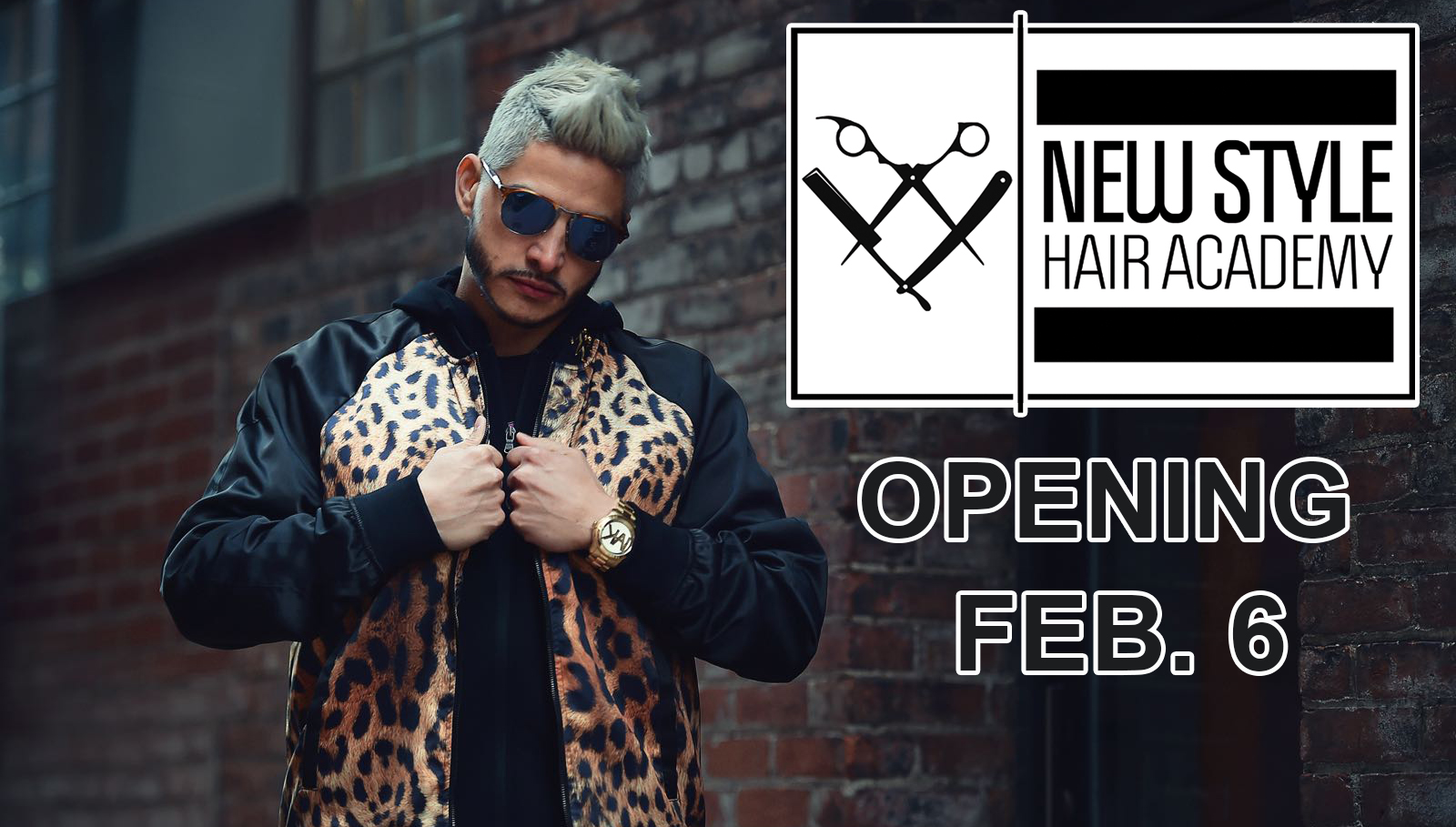 Most of the residents of Moline are quite familiar with the New Style Barbershop. Miguel Rosas, the owner of the business, has been operating it since 2007. Mr. Rosas is a quite known personality in the circles of barbers. His claim to fame came in the summer of 2014 when he cut an image of Col. Sanders (Kentucky Fried Chicken) free hand into the hair of one of his associate’s son. That image went viral and many news outlets sought him out. He even was casted to appear in a short lived reality show “Cedric’s Barber Battle.” Starting February Mr. Rosas is opening his own New Style Hair Academy (NSHA).

With this new hair academy, Mr. Rosas is not planning to simply teach his students to do a quality buzz cut, which of course is important to do, but to connect hairstyling and barbering into one.

“What makes NSHA so special is that we have talented professionals who are very passionate about teaching,” Miguel Rosas explained. “In our program, we are bridging the gap between hairstyling and barbering and creating what we call, a ‘Hybrid Barber’.”

It sounds like a hard mission to complete, but it surely is possible for someone as experienced as Miguel Rosas, who fell in love with his profession at a tender age of 12 years old.

“I knew that I wanted to cut hair for a living when I was 12 years old,” Mr. Rosas shares his memories and experiences. “I used to cut my own hair, friends’ in the neighborhood and my brothers’ hair. I was good and everyone used to tell me that I should be a barber.”

“I thought they made a lot of money too so that was always a good thought,” he laughs remembering himself at a younger age.

Miguel Rosas explained that when he started to cut hair, he realized that he might have a gift. Since it was something he truly enjoyed doing and had a talent for doing, he learned fast and soon he was “doing really cool artwork in hair” that set him apart from other barbers.

“I also learned to be a good community leader and be a good role model to younger people,” Mr. Rosas proudly said.

Living up to his ideal of being an example to follow for others and passion for his profession were the leading forces that pushed him to open New Style Hair Academy.

“I have a gift and I want to share it with the world,” Mr. Rosas said.

For Miguel Rosas this new business venture is promising to be successful. There is no better teacher and mentor then someone who truly loves what he does and wishes to share his knowledge with others.

Classes at New Style Hair Academy are set to start on February 6, 2018, but the academy will accept students until the chairs will get filled. To sign up for classes visit newstylehairacademy.com

Barbers, nowadays, don’t just do buzz cuts and shave beards. Barbers are becoming artists and the profession seems to be gaining a lot of momentum.

“Cutting hair is becoming a cool career choice,” Miguel Rosas praised his profession. “Many people are starting to realize how much money a barber can make in this industry. It is a laid back position that gives you freedom and self-worth. Being a barber isn’t a job. It is a lifestyle.”

Come out on Saturday January 27, 2018 for the 10 year anniversary celebration of the New Style Barbershop and launching of the New Style Hair Academy. The event will be hosted by Calvin Edward Reed with music played by DJ’s from Prestige Productions. It will take place at Soiree Lounge located at 1516 5th Ave in Moline from 9 PM to 1 AM.  New Hair Style Academy is located at 3161 Avenue of the Cities in Moline, IL.