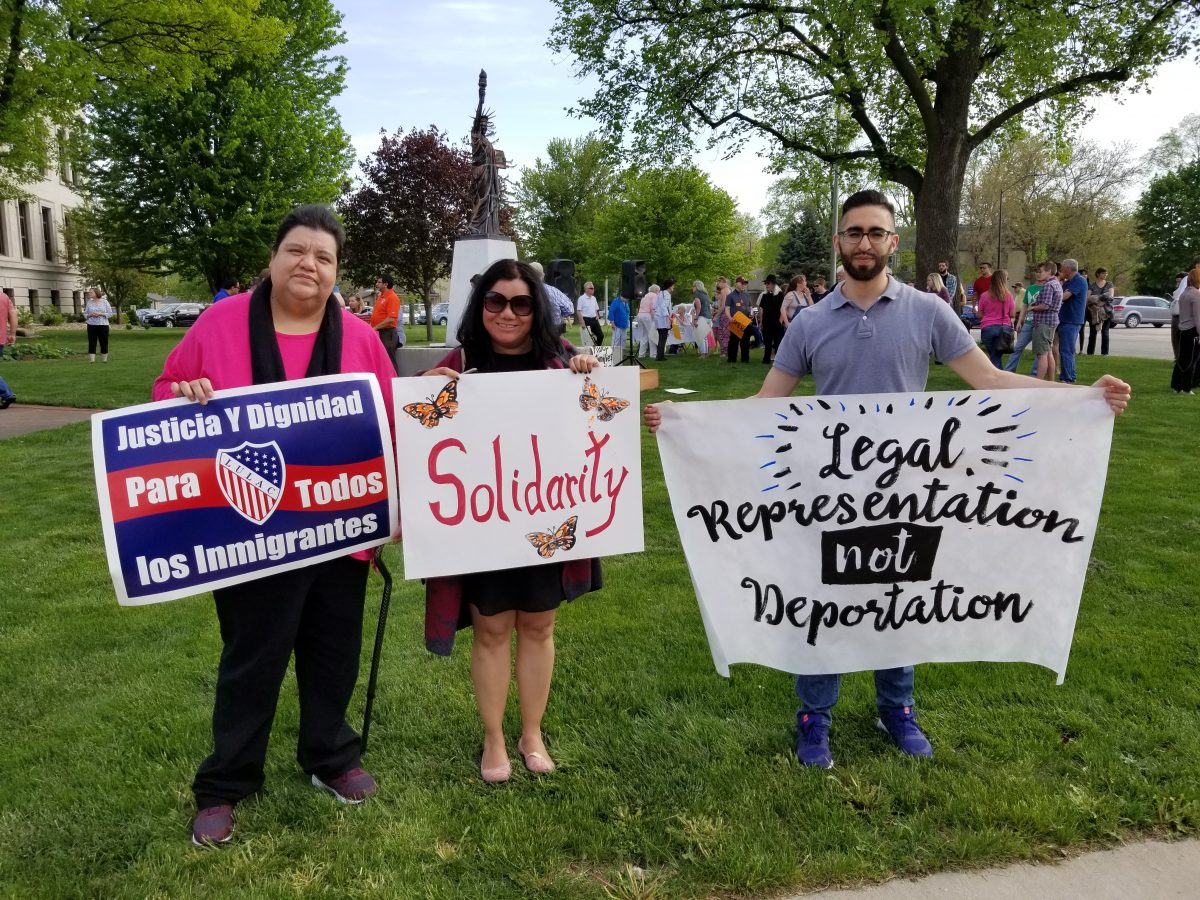 By Michaela Ramm
Courtesy of The Gazette

The impact of the Postville raid in 2008, after all, still is felt to this day among undocumented workers and members of those communities.

But when establishing the aid organization, co-founder Natalia Espina said they believed they would see arrests, at most, of only a few people.

And then Mount Pleasant happened.

The raid took place in the early morning of May 9, when deportation officers with Immigration and Customs Enforcement and U.S. Department of Homeland Security agents executed a search warrant at MPC Enterprises in Mount Pleasant.

They arrested 32 men on what officials described as administration immigration violations. The raid was a part of an ongoing criminal investigation, but officials did not disclose details of that investigation.

Due to an “a genuine outpouring of support” from the community, the Iowa City-based not-for-profit has raised enough funds to post bond payments for seven of the 32 individuals detained in that raid.

The Eastern Iowa Community Bond Project, which raises bail amounts for those held in detention by immigration officials, announced it had paid a total of $35,000 to release the men from detention Thursday.

The Bond Project did not identify the men, but Nicole Novak, an organization official, said they ranged in age between 18 to their late 50s, and that “several are fathers.”

An arrest from ICE can be warranted in a variety of cases, including an overstayed visa to inadequate documentation. Some noncitizens in custody can be eligible for bond, allowing them to be released back into the public while going through legal procedures.

The Eastern Iowa Bond Project works to help immigrants undergoing removal proceedings in Iowa because, officials say, it offers these individuals a better chance to avoid deportation. Once released, they can seek legal aid or gather evidence in their defense.

They also can continue to work to support their families, and prepare for removal in case that’s the outcome of proceedings.

“We know that (the) $5,000-per-person mark is a lot to ask for anyone, or for a community … . It’s a lot more than providing a direct service to people,” Espina said. “When we provide bond to somebody, we’re providing a piece that makes the difference down the line in their immigration proceedings.”

In the week after the raid, Novak said the organization began reaching out to civic and faith-based organizations, starting up a campaign to seek aid for the Mount Pleasant workers.

“At that point, we did not have enough money, but we were committed to raising that,” Novak said.

Espina said eight others have been bonded out by their families, which cost them each about $10,000.

The Bond Project will continue to work on obtaining the release of the remaining men held in the Mount Pleasant raid. Espina said some of those individuals are in the process of undergoing bond hearings that could reduce the required bail amount.