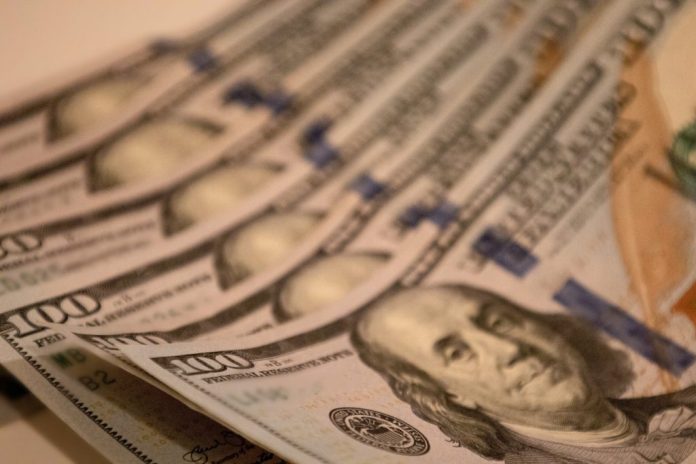 The latest jobs report shows that the U.S. economy continues its rapid recovery from the pandemic crisis. Employers added 428,000 new jobs in April, continuing a now-year-long streak of similarly strong job growth. After surging to a post-World War II high of 14.7% in 2020, unemployment is now down to 3.6%, the lowest level in 50 years.

The employment data mirror other indicators of our strong recovery. Private consumption and business investment have almost completely returned to pre-2020 trends, and household income and wages — even controlling for inflation — are higher now than they were in 2019. Labor force participation, which had fallen from 63.4% to 60.2% in early 2020, has risen again to 62.2%.

The speed and scale of this recovery is without precedent in American history. By comparison, it took 14 years from the onset of the Great Depression for employment to return to 1929 levels. It took over eight years for unemployment to return to its pre-2008 level during the Great Recession, and real income and consumption have never fully recovered from the Global Financial Crisis and the Lost Decade that followed.

The Biden administration’s unprecedentedly aggressive fiscal policy has been central to this extraordinary recovery. The U.S. fiscal response via the American Rescue Plan was larger than that of any other rich democracy, and our recovery has been correspondingly stronger.

This is excellent news: policymakers learned the right lessons from the Obama administration’s errors in 2009, when both the size and composition of the American Recovery and Reinvestment Act (ARRA) were completely inadequate to the scale of the damage from the financial crisis.

And yet, news of this unprecedentedly rapid and successful recovery has been drowned out by the drumbeat of media coverage of inflation. A rough metric of this is the massive imbalance between news articles with inflation and unemployment in the headline. Since Joe Biden’s inauguration, this ratio has been 7 to 1, based on available LexisNexis data. In the last month – even as unemployment hit a 50-year low – the ratio has been 24 to 1.

This is a shocking degree of asymmetry. There is simply no sensible rationale for such a disproportionate degree of media inflation hysteria. We know, from decades of research, that the volume, tone and substance of media coverage deeply shapes political debates and public opinion. We are seeing ample evidence of this, again: polls now regularly show that inflation is the single most important concern of voters, above even COVID, Ukraine, gun violence, racism, the deficit and every other major issue that has dominated public opinion over the last decade.

To be sure, inflation is at a 40-year high of 8.3%. Rising prices hurt consumers, especially those at the lower end of the socioeconomic scale. But lower-income households also suffer the most from prolonged recessions and job losses, and unemployment (or the public’s “suffering” from it) did not receive nearly this much media coverage, even when it peaked at nearly 15%.

Moreover, wages, income, and consumption remain higher today, even adjusting for inflation, than they were in 2019. If people are now “suffering” extensively from inflation, as one hears daily in media coverage, they were “suffering” far more prior to the onset of the pandemic.

It’s also important to note that inflation is similarly high around the world, since it is mainly due to global factors (supply shocks, rising energy prices, the Russia-Ukraine war), despite the widespread narrative that U.S. fiscal policy is the primary culprit. Indeed, estimates suggest U.S. inflation would only be 1-2% lower – as it is in the European Union, Canada, and the United Kingdom – if we hadn’t spent as much on pandemic relief. The tradeoff, of course, would be that we also would have had the much slower and weaker economic recovery of these countries.

High inflation is also very likely to be temporary. Forecasts and market expectations suggest that inflation will return to the low single digits sometime in 2023 or 2024. There simply are no signs of the wage-price spirals we saw during the 1970s, or “unanchored” inflation expectations of persistent 8% (or higher) inflation in the years ahead.

In short, we have, as a country, missed the recovery forest for the inflation trees. A year ago, America stood on the brink of a second Lost Decade. The contrast between then and now could not be starker, and it is almost impossible to overstate how good this news is, or how modest a price a percentage point or two of inflation is to have secured this strong recovery.

The central lesson of the last two years is that prolonged unemployment and  recessions are policy choices, and we can instead have rapid recoveries if we respond aggressively to economic crises. Inflation is high, but we’ve focused on it so much that we’ve lost the plot about the successful economic recovery. Let’s hope that we can get a more balanced perspective before the next crisis inevitably arrives in the future.

The author: Mark Copelovitch is professor of political science and public affairs and director of European studies at the University of Wisconsin-Madison.

This column was originally published by the Wisconsin Examiner. The Examiner is part of States Newsroom, a network of news bureaus supported by grants and a coalition of donors as a 501c(3) public charity. Wisconsin Examiner maintains editorial independence. Contact Editor Ruth Conniff for questions: [email protected] Follow Wisconsin Examiner on Facebook and Twitter.