The bill’s defeat culminates weeks of behind-the-scenes negotiations, as Reynolds tried, unsuccessfully, to convince enough House Republican lawmakers to support the measure. Its failure sets the scholarship plan up as a defining campaign issue for both Democrats and Republicans this year.

“When it comes to the school choice bill that the governor proposed, it doesn’t look like we’re going to be able to put the votes together in the House this year to pass that,” Grassley told reporters Monday.

His declaration is an acknowledgement that, despite holding a 60-40 majority in the House, Republican leaders lacked support to pass the measure. Democrats were uniformly opposed, while many Republican lawmakers were concerned the program could harm rural schools.

This year’s legislative session has been stalled for weeks as Reynolds tried to push enough Republican holdouts to support the measure. But lawmakers returned to the Iowa Capitol Monday and, now that the education issue is off the table, they’re hoping to pass a state budget and adjourn for the year by mid-week.

Reynolds, Democrats hope to make the education bill a campaign issue this year

Reynolds took the unusual step last week of endorsing the opponent of a sitting Republican lawmaker who opposed her education bill. The issue has roiled several other Republican primary races, and the June 7 election has the potential to deliver Republican nominees for House seats who would be more open to passing the proposal next year.

Reynolds has already said she’d be back next year, assuming she wins reelection, to push for the legislation again if it failed to pass.

Grassley said lawmakers would work with Reynolds on the issue in the hopes of reaching a deal next year.

“Obviously, we want to continue to work with the governor to get something achieved,” he said.

The measure, Senate File 2369, passed the Iowa Senate in March with all but one Republican senator voting in favor.

Democrats have said if the measure became law, it would harm Iowa’s public education system.

House Minority Leader Jennifer Konfrst, D-Windsor Heights, said it was great news that the bill won’t move forward this year. She said it’s “ridiculous” that the session was extended so long in an effort to pass the proposal.

“We’re glad that it died because it’s not good for Iowa kids,” Konfrst said. “Only 2% of Iowa kids would have benefitted from this scheme and we need to focus on the 498,000 kids who go to public schools in the state of Iowa. So it’s great news. It’s a victory.”

Democrats are hoping to make support for the legislation a campaign issue this fall. Senate Minority Leader Zach Wahls, D-Coralville, issued a statement warning the measure could pass next year if Republican senators are reelected in November.

“This fight isn’t over yet,” Wilburn said in a statement. “Kim Reynolds has threatened to push through her voucher scam next year too. Let’s make sure we don’t give her a chance. Help us elect Deidre DeJear as our next Governor to ensure that Iowa lives up to its proud history of world-class public education.”

A Des Moines Register/Mediacom Iowa Poll taken this spring found 52% of Iowans opposed the proposal, while 41% favored it and 7% were not sure. Opposition had risen by three percentage points and support has dropped by three points since a similar poll was conducted last year.

Reynolds’ bill would have diverted $55 million in state public school funding to provide 10,000 students with scholarships to pay private school expenses. The $55 million would amount to about $5,400 per student, paid using 70% of the per-pupil funding that the student’s public school would otherwise receive.

The remaining 30% of the per-pupil money would have been placed in a separate fund to help school districts that share positions like school counselors, superintendents, administrators and mental health professionals.

As part of a push for education-related legislation this year, Republicans have also been negotiating bills intended to promote transparency around what’s being taught in school and provide a parent bill of rights that lays out what information parents should have access to about their child’s education.

But without a deal on the private school portion of Reynolds’ bill, it’s unclear what will happen to the transparency legislation.

“Not everything’s settled at this point,” Grassley said Monday.

Reynolds has said she wants to see the two ideas passed together.

“I believe that we need to do both school transparency as a component of parental choice,” she said last week on WHO Radio. “I think those need to go hand in hand.”

Lydia Quick, executive director of the Iowa Association of Christian Schools, which represents the state’s private Protestant schools, said there are many parents and students in Iowa who need the kind of financial help the bill would have offered.

“If what Speaker Grassley is saying is true, we are certainly disappointed the House couldn’t find the votes,” she said in a statement. “We are grateful to the governor and Senate for their willingness to champion the needs of students this year and we will be back until every student can choose the educational environment that best meets individual needs.”

Stephen Gruber-Miller covers the Iowa Statehouse and politics for the Register. He can be reached by email at [email protected] or by phone at 515-284-8169. Follow him on Twitter at @sgrubermiller. 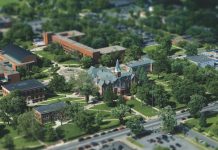 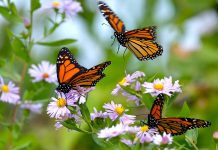