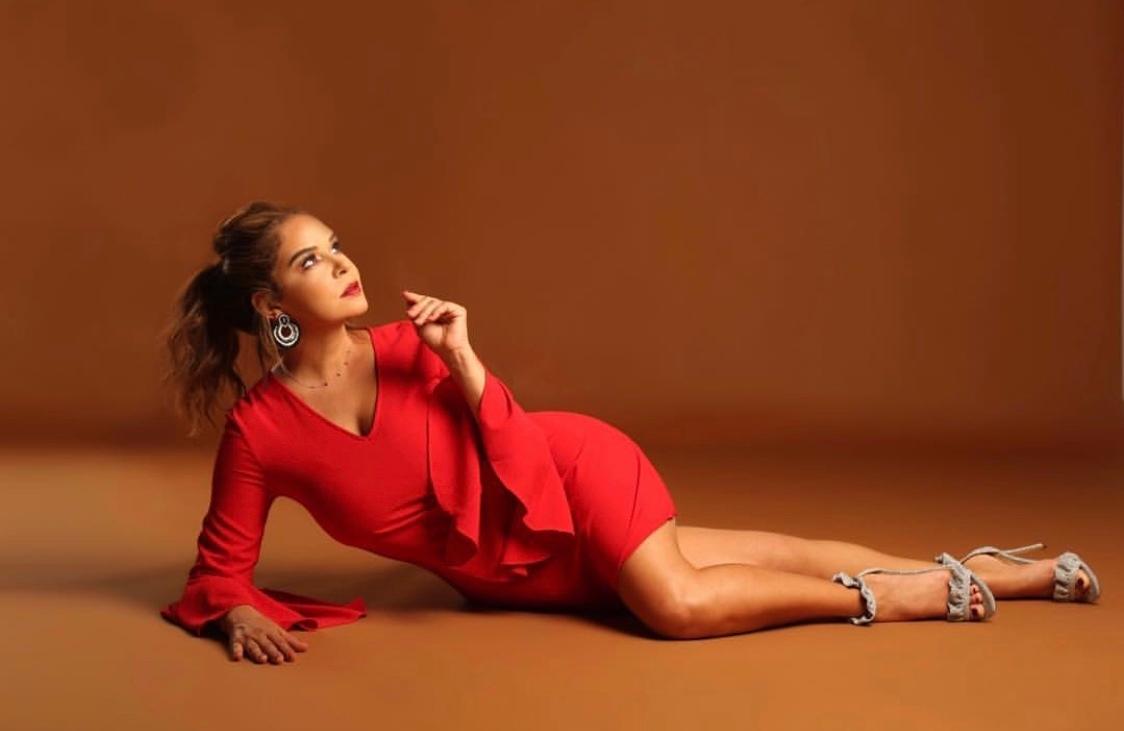 She loves to surround herself with people who can show and teach her something new. She is passionate about empowering women and sharing her version of feminism for modern Latina women through her social media presence. Because of her marriage to Pepe Garza, businessman, composer and producer of music in the regional Mexican genre who helped launch careers of such popular artists as Jenny Rivera, Espinoza Paz and Los Tucanes de Tijuana, she is also known as “la primera dama del regional mexicano” (the first lady of regional Mexican music) and in 2014-2015 she starred in the first two seasons of the show called Rica, Famosa, Latina, now available on Netflix. Elisa Beristain is recognized as someone who does not hold back. 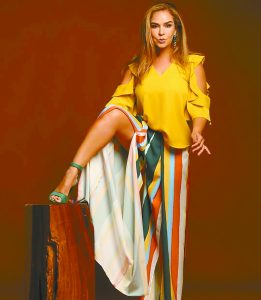 Mrs. Beristain is a complex personality who is full of enthusiasm and desire to learn more things to become a better woman, mother and wife. When it comes to her origins, she loves to say that is not from anywhere.

“I am not from here nor am I from there,” she laughs. “Although I was born in Mexico City, I grew up in Aguascalientes. I consider myself hidrocálida.”

Although her father was well-off, when her parents divorced she went with her mother and had to learn to live with little. Since her mother was not wealthy, Elisa Beristain felt that she needed to help her mother and siblings financially, Mrs. Beristain had to start working at the age of 13 years old. That meant that even though journalism was always something she wanted to do, she could not go to school to study to be a reporter. While some might break under such circumstances, Elisa Beristain is not that kind of person. Although, she did not get a chance to formally study journalism, she believes she has talent to ask the right questions to people to get them to tell their most interesting stories.

“I love to talk, to have conversation,” Mrs. Beristain described herself. “I have a talent to ask questions, not detaining myself, but obviously without disrespecting. I feel I ask questions that regular people from small towns would want to ask.”

Her desire to learn more about people might make her look a bit confrontational. In Rica, Famosa, Latina, a reality show inspired by The Real Housewives, some might of seen her as a bit aggressive, but this is the real her and she is not afraid to show it.

“[I wish during the show] I could have better control of the situations,” Mrs. Beristain described her experience in Rica, Famosa, Latina. “Among many situations that I went through during the show, I decided to be me, without trying to be something I am not. [This decision] helped me [later] to go through difficult situations during the show.”

She enjoyed the experience of being part of the cast of Rica, Famosa, Latina. She explained that this experience helped to enrich her life and she learned to tone down her aggressiveness.

Even though she is not part of the cast anymore, she does not stay still. Elisa Beristain takes care of her two beautiful daughters and her husband and she also has a big presence in social media. She has a YouTube channel called Elisa Beristain TV where she takes interviews and shares her version of feminism for the modern Latina woman. 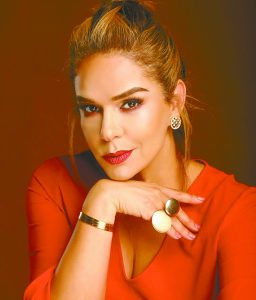 She shared that among the guests she interviewed she got an empowering story of Mayeli Alonso, ex-wife of famous Mexican singer songwriter Lupillo Rivera, who told about her ups and downs after the divorce. Mrs. Beristain also had a heart to heart talk about healthy eating and exercising with Ana Barbara.

“I like to spend time with successful people,” Mrs. Beristain expressed. “People who can bring something into my life. I surround myself with people who are better than me, so I can learn from them.”

Through her social media presence Elisa Beristain also likes to share her version of feminism for the Latina woman of today. She explained that many women nowadays work as much and as hard as men, but when it comes to house chores most of the time women have to do mostly everything. She explained that she believes it is important, especially, for Latina women, to learn to share responsibilities of the housework with their spouses.

“There is imbalance when it comes to housework,” she said. “There should be fair share of housework among men and women.”

Mrs. Beristain assured that although, her own husband is a very busy man, they share the housework responsibilities in their own home. She is very passionate about empowering Latina women to find that balance in their professional and home life, to be not just spouses where one has upper hand, but partners with equal rights and opportunities, be a team.

Look for Elisa Beristain on social media sites, go to Elisa Beristain TV channel on  YouTube to get exclusive interviews with interesting and famous people and Beristain’s views and opinions, and check out http://beristyle.com/