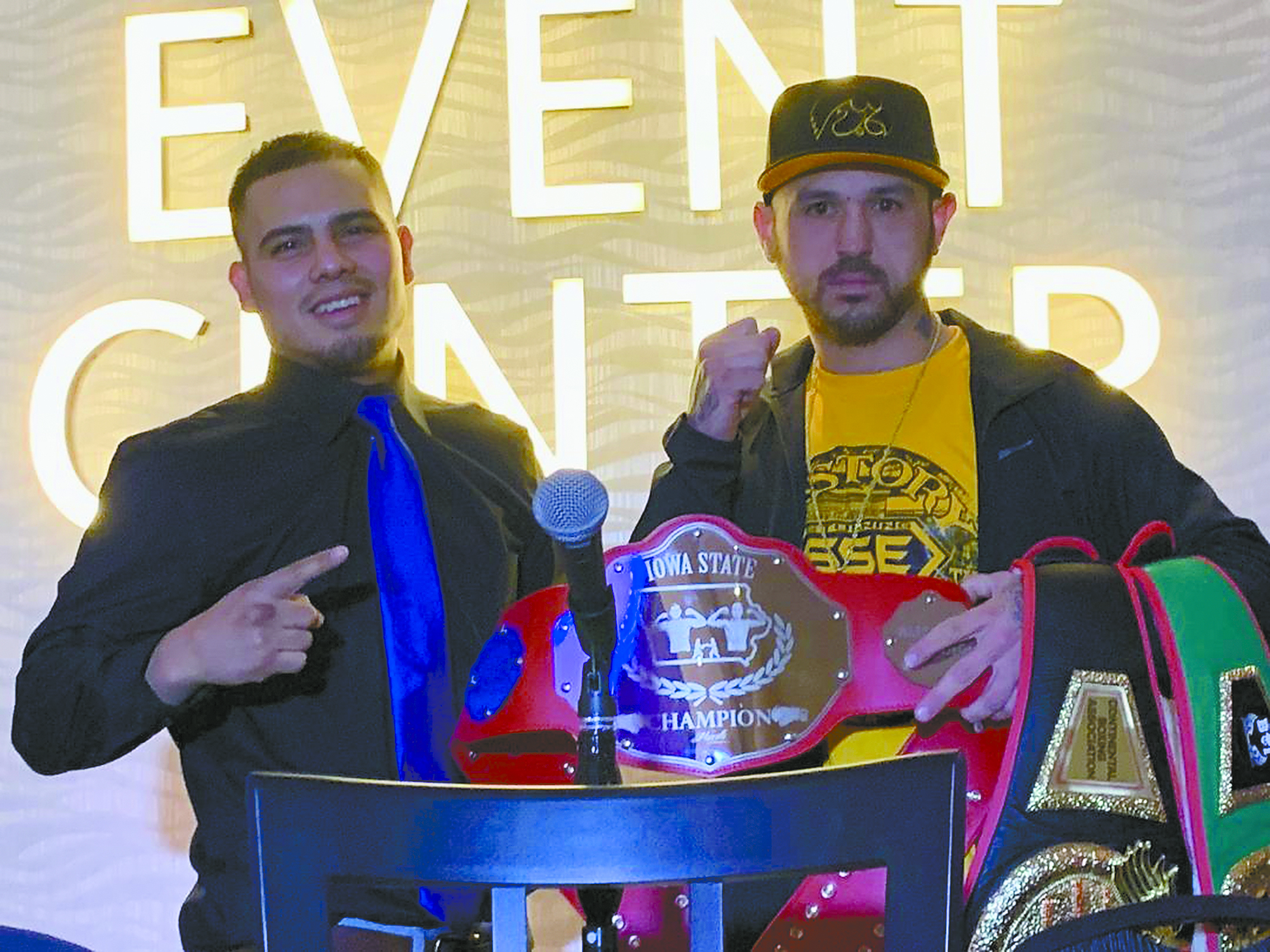 For local boxing fans there is little doubt that Limberth Ponce is the best pound for pound local boxer of the moment. And on February 2 at the Pro Boxing Show “Destiny”, presented by Calkins Sports Productions, Alien Boi Boxing and Hola Iowa, at the Rhythm City Casino in Davenport he is expected to prove it to his fans again.

Ponce is a polite, humble, easy going family man that if you were to meet him on the street you would never guess he was a professional boxer by his demeanor.

His opponent Stephen Edwards is the absolute opposite. He is brash, outspoken and at times controversial boxer with an undefeated 9-0 record who loves to antagonize the opponents that cross his path.

About the only thing they have in common is that they both are very family oriented.

On February 2 these two contrasting personalities will collide in the ring.

“This is a fight that will have the QC audience standing up,” Jesse Gomez, promoter with Alien Boi Boxing, said.

What makes this fight even more interesting is the fact that Ponce’s mentor and former coach, who helped Limbo succeed in the Golden Gloves and turn pro, has decided to train and be on Edwards’ corner on Feb. 2.

One can only speculate on how Ponce feels, but it must be hard to see the person you consider your second father take your opponent’s corner and assist him in the fight.  This is setting up to be not only a physical, but psychological fight.

This fight alone is worth the price of the ticket, but the promoters have made a full interesting card for this evening. Rising star Shawn West Sr. of Davenport will face East Moline’s journeyman Lionel Jimenez has the co-main event. Also expect first women pro boxing match in the QC in over 20 years. Kristine Ion-Rod from Muscatine will face Julie “The Polter” Guiste from Knoxville, IL. East Moline’s native Smokin’ Joe Perez will be in the card, as well as “The Hitman” Cruse Stewart representing Cedar Rapids among many other local professional boxers in the card.