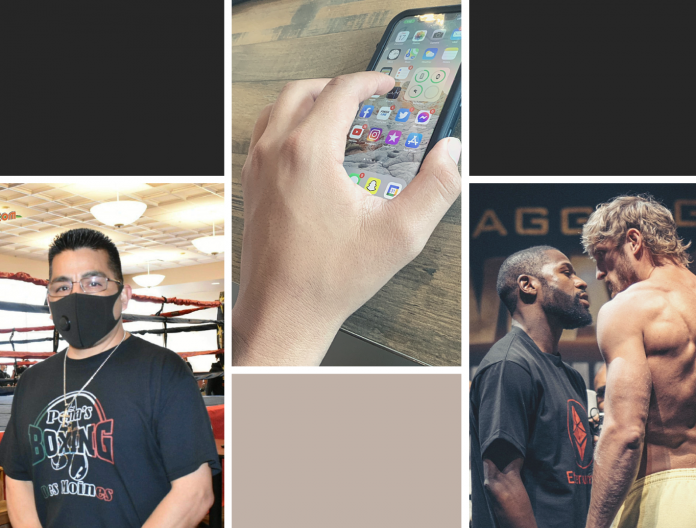 This month there has been an eventful month for the boxing community, with main events including Tik Tok v Youtubers, Jake Paul v Ben Askren, & Logan Paul v Floyd Mayweather. The question is what’s next and where are we with Boxing.

Social Media has already been a growing presence for many individuals and has been an essential part of the Pandemic. Many influencers on Twitter have utilized the platform to gain traction and to build up an audience for main events such as boxing.

From calling out people and using their followers to build these events, this tactic is not new to boxing; but has continuously been building up ever since.

Celebrity boxing isn’t new and goes back to 1994 where Danny Bonaduce faced Donny Osmond. Social Media wasn’t as present back then, but celebrities starting a career in a professional sport has been existing in every aspect. It’s been much easier for influencers on Social Media to build audiences and gain traction for people to try new things and begin a career.

Pepe Peña, a head coach of Peña Boxing Foundation goes in depth about where boxing is at a local level to professionally including the circumstances of Social Media it has brought to boxing.

Locally with many coaches starting over there will be a lot of young fighters making Iowa start over as they are sending fighters to the pros. Along with more gyms opening, kids will also have more chances to get into the gym.

“That’s funny you say that, cause I was never into posting stuff on facebook. For the longest time it’s still to this point. If someone is going to post something in my gym they have to come through me first” said Peña

Social Media has been an exposure for many young fighters and especially preparing for competition. What makes Social Media unique is by preparing boxers in a competition competitors have access to catch their opponents’ bad habits if video were to be posted online.

With this being said Social Media has brought the world of boxing connected in the palm of peoples hands.

“You see people liking my page from different countries, there’s a lot of different coaches out there.” said Peña

The boxing community is more connected on Social Media more than ever before. Helping many individuals in the aspect of networking. This has also given a chance for influencers to also bring their community base to anywhere they go, the numbers speak for themselves. With the recent fight of Tik Tok v YouTubers amateurs got to pull off an event because of their supporters on their social platforms.

Peña said “For someone to come over [Boxing] and make that money and only have one fight, including no background that just shows you how much the world changed.”

With many influencers making their debut in boxing, new sets of eyes continue to grow in the field of boxing. These events also give the chance for many undercards to also build themselves in the sport.

“In the one with Snoop Dogg. [Ben Askren v Jake Paul] That was an awesome undercard all of them guys are up and coming fighters they throw down” said Peña.

With many of these influencers wanting to take this career seriously, There are a lot of women who are also wanting to step in the ring with their followers. Time will only tell what will come next.

To learn more about Peña Boxing Foundation here is an article about them featured in Hola Iowa.