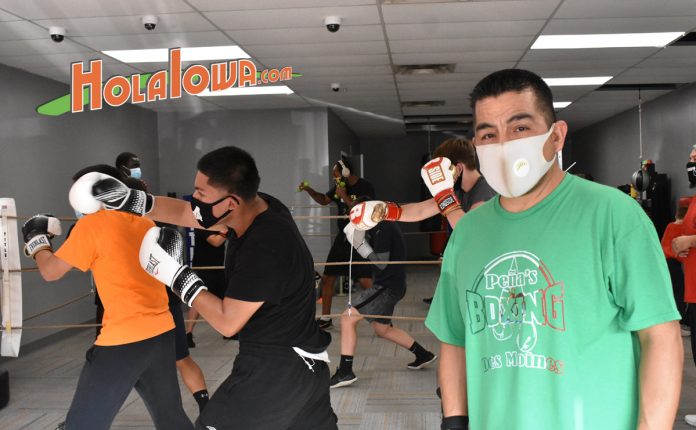 Just a few hours East from where Iowa boxing legend coach Alvino Peña had his gym on the bottom of Gaines Street in Davenport IA, his grandson Pepe Peña is keeping the name and values of Peña’s boxing alive and well in Des Moines at the Peña Boxing Foundation. “I pretty much run it like the old school,” explained Peña. “I’m old school man, but I put a lot of twists of my own stuff.”

As this is Peña’s third year as head coach of his own gym, he expected some obstacles as a fairly new business owner, but with the opening of his new gym landing on the same time frame as the beginning of the COVID-19 pandemic, he and his team have had to adjust quickly to keep everyone safe and the door open. “We still have masks on because Iowa is so high,” said Peña. “It just takes one person to mess it up for everyone else. But I’m happy for the outcome we have right now and I know it’s going to get bigger with time.”

With the world evolving quicker than we are used to, so is Peña’s gym. “I told my coaches, we’ve got to start adding stuff and making it more challenging for them,” said Peña. “Because if not, they are never going to figure it out. It’s been working out pretty well I think.” And even though he says he coaches differently than his Grandpa, one main value of Peña’s gym, old school and new, is still around. “You’ve got to be doing good in school,” said Peña. “If they are jacking around in school, I’ll know about it. I work for the school district, so I tell them I’ll find out.” 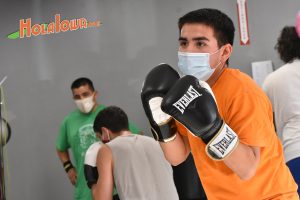 Along with his normal boxing class, Peña has added in a beginner’s class, an adult cardio class, hired a strength and conditioning coach and continues to think big so his students can have the best facility at their fingertips. “I want to get into a bigger building actually,” said Peña. “Somewhere we can put a basketball court, batting cages, a little something for everybody.”

And for those new students that walk in the door, Peña’s current class can attest to what they will be getting themselves into. “They’d say I’m different than the other coaches,” explained Peña. “They’d probably say I’m the most disciplined coach they’ve ever had. I don’t play around man.”