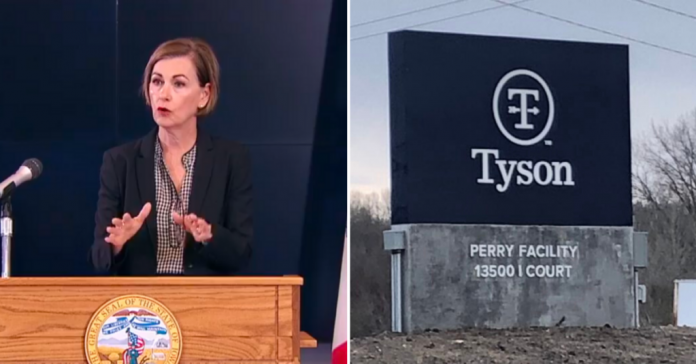 How do you defend the indefensible?

Poorly, it often seems, for Gov. Kim Reynolds and her politicized Iowa Department of Public Health.

Many times throughout this pandemic, Iowa’s governor has struggled to spin some of her administration’s most questionable public health choices. The worst yet came yesterday, when Reynolds and IDPH Deputy Director Sarah Reisetter admitted that they would only confirm outbreaks at meatpacking plants when reporters asked about them, despite previously (and again yesterday) saying they would “announce” such outbreaks.

“The Department of Public Health will confirm an outbreak when we’ve identified at least ten percent of the employees at a particular location, in particular types of location like congregate settings where social distancing is not possible at work,” Reisetter said. “So, once we have identified ten percent of their employees have tested positive, that’s the determination that Dr. Pedati has made of when it’s time to announce an outbreak of a facility like that.”

Typically, when a government official says they’re going to “announce” something, that means they proactively, you know, announce it. But as Reisetter clarified when pressed by Radio Iowa’s Kay Henderson, what she really meant is that they would confirm an outbreak only when asked by reporters. And as Henderson noted, an outbreak that was known to the state government on May 11 was only confirmed on Tuesday, May 26, when it was asked about specifically at a press conference.

Reynolds tried to justify it by talking about how a plant needs time to inform employees (many meatpacking plant workers have complained to us about the lack of information they’re getting from their employer) and the local community, but none of that explains why the state would need to wait 15 days to publicly confirm an outbreak. At least in this particular situation, Perdue Farms had been decently transparent with its local community about their testing and positive cases.

So, why is it so hard for the state to be up front and transparent about the biggest driver of Iowa’s coronavirus outbreaks?

Let’s think back to how this all started.

The Tyson plant in Perry refused to release any information to the public or their employees for weeks about the extent of their outbreak. In mid-April, the plant said some employees had tested positive, but wouldn’t release the number out of unfounded privacy concerns. State Auditor Rob Sand got involved, local officials were furious, and local new outlets brought pressure on Tyson’s secrecy and the state’s.

As Dallas County’s coronavirus numbers soared and employees voiced fears of a widespread outbreak, reporters peppered Reynolds and IDPH with questions, and Dr. Caitlin Pedati eventually made the decision that major workplace outbreaks would get publicly reported.

On May 5, the state reported that the Perry plant had 730 infected employees, or nearly 60% of their workforce, a shocking number the plant had kept secret, which quickly attracted national news.

But there were immediate problems with even that announcement, which included many other workplaces. The Waterloo Tyson plant numbers were just blatantly wrong — the state said 444 cases, when it was actually 1,031, a discrepancy that further infuriated local officials who felt like they’d been kept in the dark from the state.

And there’s other obvious cases where the state government is simply not being transparent about meatpacking plants. West Liberty Foods confirmed on May 8 that 136 of their employees had tested positive for COVID-19, or about 13.5% of their workforce. Gov. Reynolds and IDPH have never addressed this.

In Marshall County, something simply isn’t right. As of Thursday morning, 881 positive cases have been confirmed there. While there are two longterm care facility outbreaks in Marshalltown, those account for just 57 of the cases as of yesterday. The mayor confirmed that the very large JBS plant there had 34 confirmed cases back on April 20. There doesn’t appear to be any updates since. Last week, the story of a Marshalltown JBS worker who died a week before his planned retirement drew headlines as the man’s family blamed the plant.

It absolutely defies belief that of those 881 Marshall County cases, there are not hundreds currently tied to the JBS plant. It is a large plant — 2,400 workers — but certainly it’s very likely that at least 240 cases from the county are at JBS. The county saw the exact same trends as other meatpacking plant counties that saw a rapid explosion in cases.

And the very high percentage of individuals testing positive came right around and after the April 20 announcement. As we’ve seen in other counties, when you have that high a percentage of people testing coming back positive, it’s because you know where to look.

A Test Iowa site is headed to Marshall County now, so watch for this situation to draw renewed scrutiny.

Yesterday, Reynolds said that Buena Vista County’s sudden explosion in cases — they had over 400 new ones yesterday, which catapulted them to the worst per-capita rate in the state — couldn’t yet be confirmed as an outbreak at either of the local meatpacking plants.

The Storm Lake Times’ Art Cullen called the lack of local information “a fog of uncertainty and confusion,” made extra concerning by the reports of quickly-filling hospital rooms and helicopters possibly ferrying residents off to other health care facilities.

Buena Vista’s situation is now following that of many other meatpacking counties, where local officials and news reporters have felt left out of the loop during the worst public health crisis of our time.

Look, it’s time to call this what it really is: a cover-up.

Though Iowa has put out some information on meatpacking plant outbreaks, Gov. Reynolds and IDPH has done their best to obfuscate their severity, limit public announcements and just outright ignore problems when they can. Most of what Iowans know of these outbreaks have only come after dogged investigations from local reporters.

The reason is to keep these plants running at all costs, both so that company executives don’t lose money and that local hog farmers don’t have their supply chain disrupted. The cost to keep everything going is simply workers’ lives and their health. This trade-off need not exist — it is possible to both keep workers safe and plants running, but it seems that anything that may slow production in the slightest is avoided.

Throughout the pandemic, Reynolds has repeatedly said that she is working closely with plant executives, and gets assurances that they’re taking all the proper precautions to protect their workers. The fact that we are still seeing massive outbreaks, like the latest ones in Sioux, Buena Vista, Wapello and Crawford counties, demonstrate that these assurances are blatant lies. These companies are clearly pushing their luck with limited protections until the virus ravages their workspace, making the situation too difficult to ignore.

So seems to be Iowa’s strategy in the matter: wait until things get really bad, then send some testing to determine the severity of the outbreak. At that point, do some contact tracing and let the numbers show locals that they should be extra cautious now.

Sure, it could certainly be worse. Iowa could just not send tests to packing plants at all, though it’s not clear that even the companies would go that far (because as we’ve seen in some towns, workers refuse to show up if they don’t trust the safety measures).

But it is clear that Iowans simply do not have the full picture of the pandemic’s impact on meatpacking plants and their workers. Obvious, serious outbreaks like at the Marshalltown JBS plant go unreported, and they’ll likely continue that way until someone gets the right person to talk at the plant and it forces Iowa’s hand.

If you recall from previous press conferences, IDPH has said that companies are encouraged to report to the state when at least ten percent of their workforce has tested positive for COVID-19. But it’s unclear that there’s any enforcement mechanism for a company to do so, anyone checking in on them after mass testing or any remedy to ensure it’s happening.

The inexcusable mess with Iowa OSHA and the Perry plant proved that. OSHA didn’t even inspect the plant after complaints were lodged by an employee. Oh, they’re taking precautions, the plant assured the agency, which was good enough, apparently. The actual results of over 700 workers testing positive shows it was not.

For all of Gov. Reynolds’ insistence that the state is closely watching data for local trends, they have clearly, seemingly intentionally, learned absolutely nothing from previous plant outbreaks, the pattern for which repeats itself every single week in some new Iowa community, which results in more sickness and more death for Iowans. 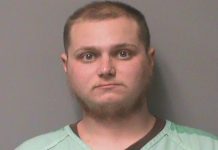 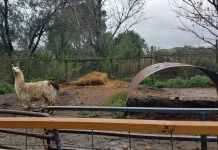 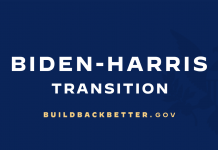