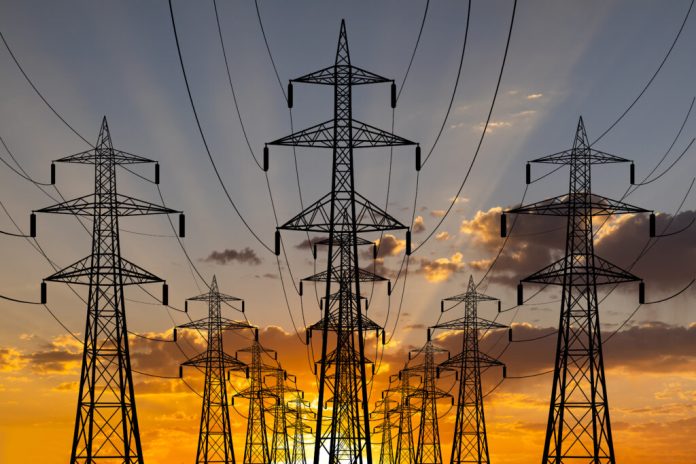 Most of us rarely think about electrical power until we flip the light switch and nothing happens. Or until we get the bill and it’s a lot higher than we were expecting.

But changes are coming that affect the way we use electrical power, from the rise of electric vehicles and renewable energy sources to the replacement of fossil fuels used in buildings. New expectations of the power grid have also emerged. Increasingly, customers want to see values like environmental justice and decarbonization reflected alongside historic expectations like reliability and affordability.

A group of Iowans is working to spark a discussion about how government regulation should adapt to respond to and manage those changes.

Iowa Business for Clean Energy launched in the fall of 2020 and is now starting to make its pitch for overhauling Iowa’s regulatory structure for electrical utilities.

At a workshop last week in Des Moines, Bob Rafferty, the group’s executive director, highlighted differences in rates paid by Iowa commercial and residential customers of MidAmerican Energy and Alliant Energy as a reason to consider regulatory changes.

“If you’re in Alliant territory, if you’re a commercial or residential customer, you’re paying over 50% more than your comparable competition down the road in MidAmerican territory,” he said. “And this is going to be concerning, it clearly creates a competitive disadvantage.”

Currently in Iowa, the two investor-owned utilities generate most of the power they sell. The rates earned by utilities are largely dependent on their capital investment, what it costs them to deliver energy to their customers and how much energy they sell. That’s an oversimplification, workshop speakers said, but it’s essentially the same model that dates back to when the country was being electrified and the incentives were to reach as many customers as possible.

That model may create conflicts with newer goals like energy efficiency, if it means selling less electricity and therefore making less money. It also can clash with the integration of privately owned solar arrays. The Iowa Legislature has severely curtailed incentives for both energy efficiency and solar in the past few years, despite the obvious advantages for addressing climate change.

Another emerging conflict is how to accommodate electric vehicles. One of the founding members of Iowa Business for Clean Energy is Delia Moon-Meier, senior vice president at the Iowa 80 Group, which owns the Iowa 80 Truckstop in Walcott. Her business wants a regulatory structure that can accommodate the resale of electricity, so the truckstop and other gas stations can make money from electric-vehicle recharging.

One of the proposed solutions presented at last week’s workshop was the idea of performance-based regulation. This regulatory model is currently in place in various forms in about a dozen states, including Iowa’s neighbors of Minnesota, Wisconsin and Illinois.

Performance-based regulation could replace all or part of the existing rate-paying structure for utilities with metrics based on various types of performance. Utilities might, for example, be able to make more money by meeting goals for reliability and resilience, a particular issue as climate change spurs more frequent extreme weather. Other goals might involve environmental performance, reducing their peak load, customer service or engagement, and more.

The idea is to allow utilities to make money even if they reduce their capital portfolio by, for example, incorporating renewable power sources owned by third parties.

What exactly this would look like in Iowa or how this state would get to that point remain significant questions. In some states, utilities commissions drove the discussion. In others, it was legislators or third-party interests.

Chaz Allen, executive director of the Iowa Utility Association that represents investor-owned utilities, said “caution” was a good word for how the utilities are viewing this discussion. He warned against moving too quickly in response to “political deadlines.”

“I believe this industry is front and center on decarbonization,” he said in an email.

While there are “a lot of voices with well-meaning ideas, our industry just needs to ensure we bring renewables and policy changes online at the speed of value to our customers to insure affordable, reliable, sustainable energy,” he said.

He also questioned whether performance-based regulation would do anything to address cost disparities between different utilities, which he attributed largely to the differences between rural and urban territories.

Geri Huser, chair of the Iowa Utilities Board, also was careful in how she addressed the topic. I asked her whether she saw any advantages to performance-based regulation over the current system. “I believe that it is another way to work with the utilities on a statewide plan for energy independence,” she said. “That was an old-fashioned way of not really answering your question,” she added.

Huser said the utilities board is already engaged in discussions about integrated resources and cost allocation, as well as resource planning for greater resilience to extreme weather.

She said she didn’t know whether the utilities board has the legal authority to pursue performance-based regulation, except perhaps if a utility asked for it in a rate case. If not, it would take legislation.

Sen. Eric Giddens, a Democrat from Cedar Falls, was the only current lawmaker at Thursday’s workshop, but caucus staff from both chambers also attended. “I think it’s going to be key to have bipartisan support for whatever we do here in Iowa. I’m not sure yet, at this point, whether it needs legislative action,” Giddens said.

He said lawmakers would need to agree on some direction that the utilities board could work on. “But this framework is definitely where we need to start,” he said.

Clearly, there are more questions than answers, as Rafferty acknowledged at the beginning of the workshop, and I’m barely scratching the surface here.

One of the speakers at the workshop was Neil Chatterjee, former chair of the Federal Energy Regulatory Commission. He said to get something done in our polarized society, Americans need to take the politics out of energy policy.

“We need to make energy policy boring again,” he said.

If Rafferty and his group are successful at engaging Iowans in this discussion, energy policy will be anything but boring for some time to come. 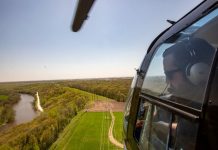 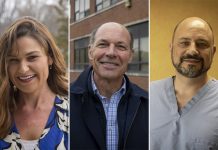