Señor Tequila is like a perfect blend of spices in the salsa. It is a restaurant in Des Moines, IA that offers that perfect fusion of great food served by friendly and well-trained staff in an inviting atmosphere of a modern Mexican restaurant.

Señor Tequila Mexican Cuisine and Tequila Bar was opened by chef Brenda Rodriguez and restaurateur Alejandro Castro in 2021. But before Mr. Castro had the pleasure of meeting Ms. Rodriguez and before Señor Tequila was conceived as an idea that turned them into partners, there was just Brenda Rodriguez, an immigrant mother of 4 with a dream of owning her own business who also happened to be a really good cook.

Brenda Rodriguez is originally from Mazatlán, Sinaloa, Mexico. Growing up in Mexico Ms. Rodriguez remembered her family always having some kind of business.

“When I was 6 years old, I was always at my grandfather’s store,” Ms. Rodriguez remembered.

She added that she also used to go to her uncle’s clothing store to help out. She greatly enjoyed those early experiences. Besides participating in the family’s various businesses, Ms. Rodriguez also shared that she learned to cook when she was 10 years old and when she turned 12, she already was working as kitchen help in a restaurant. The desire to own her own business was one of the reasons why she decided to move to the United States. In May of 1994 Brenda Rodriguez immigrated to California. After three years in sunny California, Ms. Rodriguez followed her partner to Marshalltown, Iowa.

When she first came to Iowa, she received a cold welcome from the Midwestern unpredictable weather.

“The day I arrived there was a big snow storm,” She remembered. “I don’t like the cold, but I am staying here.”

While getting used to the cold and snow she was trying to make her life with her children and her partner. While together, they launched a business together. Unfortunately, this union was doomed. Ms. Rodriguez had hoped for a happy life, but found herself living in a nightmare. Her partner was abusive and by the end of their relationship he made sure to inflict the most pain on her by making sure she does not get to work the business they started together.

Although it was a blow to her self esteem and made her feel very unhappy for some time, she pulled herself together and moved on. She worked hard with a goal of putting her children through school.

After a while she got injured and was told she had to take a break from working by the doctor’s orders. Resting was not her favorite thing to do. Someone who worked all her life found herself idling around and was not happy about it. Soon, Ms. Rodriguez found herself working for a catering company.

“I was going to events and people found out about my food,” Ms. Rodriguez shared how people around town learned about her flavorful and delicious foods. “The more I cooked for events, the more people called me to cook for their events.”

The thought of people enjoying her food motivated her to get certified to be able to sell food. By now she put two of her two older daughters through school, her son was married and now with only one daughter left to raise she could take it easier. Taking it easy is not something Ms. Rodriguez knows how to do. Thanks to her son-in-law, she met Alejandro Castro and they quickly became friends with the same dream of opening a different kind of Mexican restaurant.

Out of this friendship Señor Tequila came to be. It was a risky venture to open a business right in the middle of the pandemic, but this pair of newly minted partners took that risk.

“I was scared to open during the pandemic,” she shared. “It was hard to train employees.”

But she took on the task. She trained the cooks to follow her recipes exactly and made sure the wait staff was top notch.

“We are forming a family with the employees,” Ms. Rodriguez said with pride about her employees. “They call me Mama Brenda.” 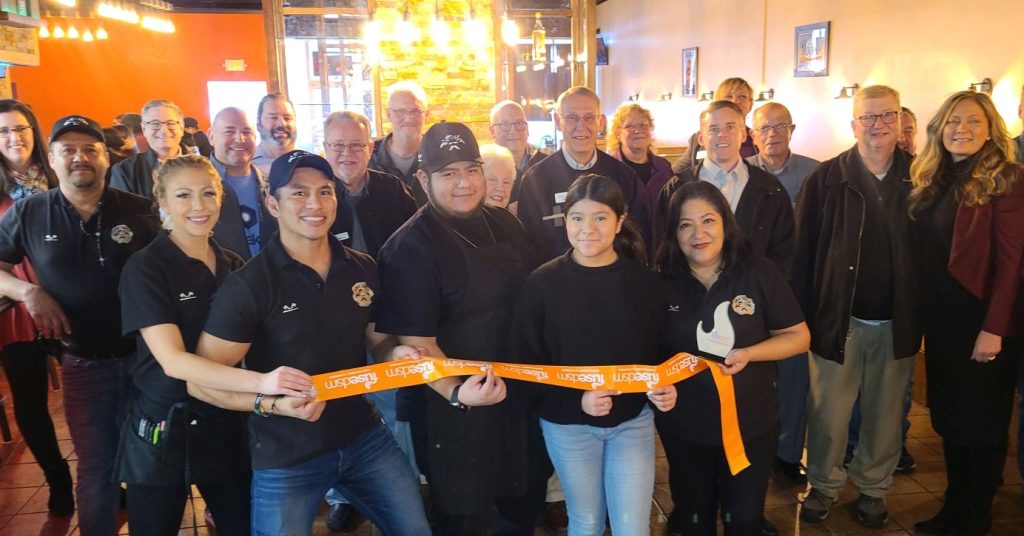 Besides an extensive menu that combines modern food of Sinaloa and traditional Tex-Mex dishes the owners plan to have many fun and interesting events like salsa night, where everyone will be able to enjoy classes of salsa and dance the night away. Other events are in the works as well.

Ms. Rodriguez shared that besides the hip atmosphere of the restaurant and great selection of drinks, her food is absolutely amazing. Her clients say her flavors are simply delicious.

“My recipes, my spices, homemade flavor, better service and environment made with a modern touch,” Ms. Rodriguez described Señor Tequila inviting everyone in Des Moines to check this place out. And recommending people to try her most popular dish called the Molcajete which is grilled ribeye steak, grilled chicken, shrimp, chorizo, grilled nopal and garnished with green onion, pico de gallo, chile toreado topped with queso fresco, guacamole all of that in a molcajete bowl- Served with rice, beans, salad and tortillas. That dish would certainly satisfy your hunger.

Señor Tequila Mexican Cuisine and Tequila Bar is located at 3411 SE 14th St., Des Moines, Iowa. It is open Sunday-Wednesday 11am-9pm, Thursday-Saturday 11am-11;30pm. Happy hour is 4pm-5pm Late night menu is available after 9pm.  Check out their webpage with a full menu at senortequiladsm.com and look for them on Facebook.