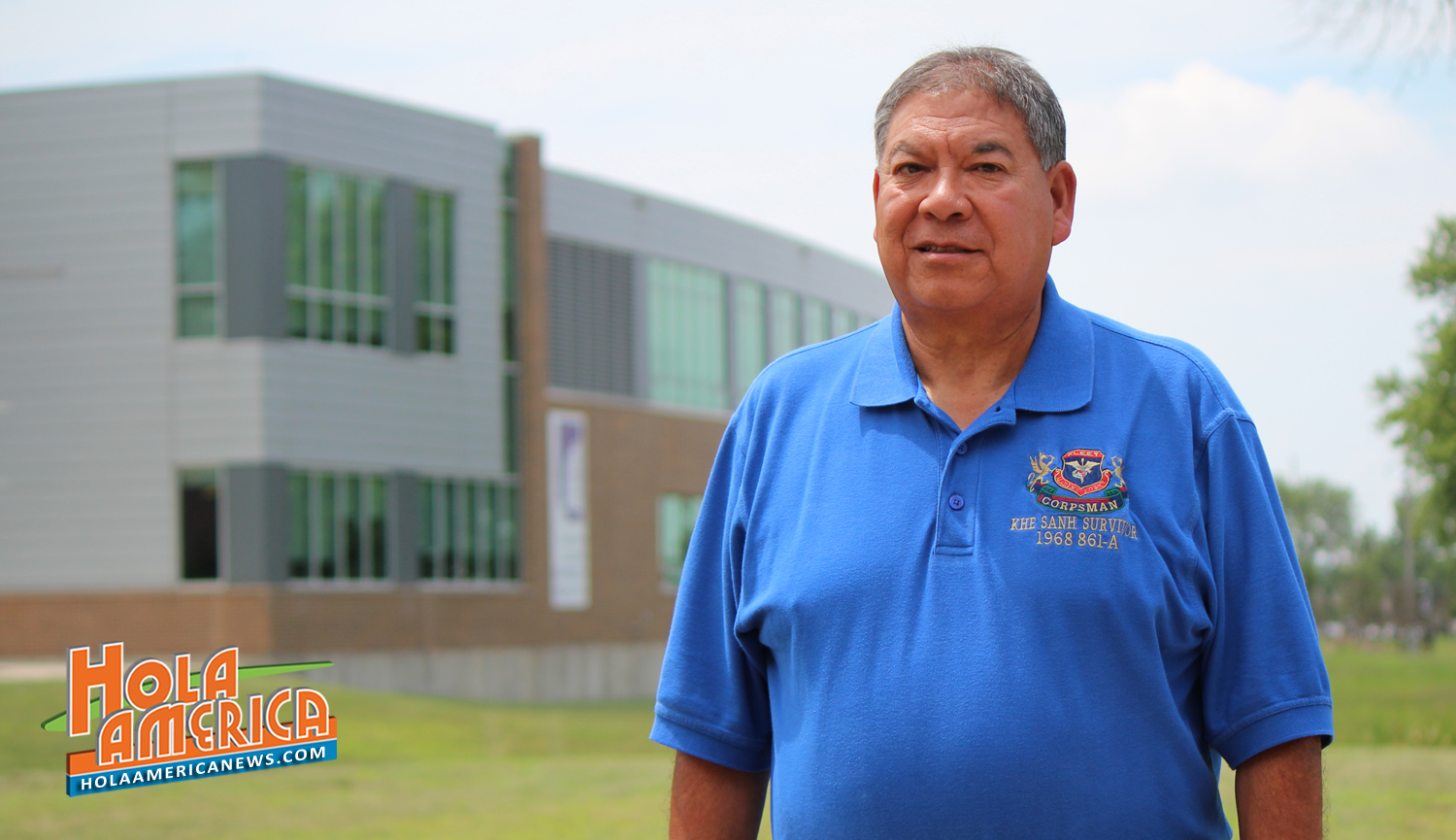 Vietnam War is also known as Second Indochina War occurred in Vietnam, Laos and Cambodia. The starting date for it is considered November 1 of 1955 and it came to an end with the fall of Saigon in April 30 of 1975.

Antiwar protests and bad treatment of veterans is not something many wish to remember. Instead of a welcoming hug from people and a warm word of encouragement Vietnam War veterans were often spat on and called bad names. Nowadays people show their respect to veterans, but Vietnam War veterans also deserve respect and our appreciation as do veterans of other wars. The Vietnam Veterans Memorial is one of ways to honor the fallen soldiers. And on July 27 to 30 The Wall That Heals, a 250-foot replica of the Vietnam Veterans Memorial, comes to WQPT on the campus of Western Illinois University. Each day during this event there will be different activities planned and WQPT will be also recording interviews with veterans on July 29 starting at 12 PM to add to the Veterans History Project. Sterling resident and Vietnam War Veteran Ray Torres will be the keynote speaker for the opening ceremony on Thursday July 27 at 9AM 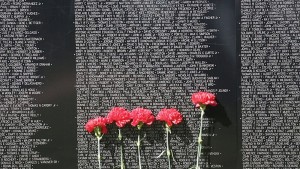 Raymond Torres is a Vietnam War veteran who was featured in the History Channel documentary called Vietnam in HD. Ray Torres was a Navy Corpsman, E Company 2/26 Marines, 3rd Marine Division. He served between fall of 1967 and spring of 1968. Mr. Torres was born in Cheneyville,  Louisiana. His parents were sharecroppers from Mexico. Ray Torres was one of the 13 children. In search education that would greatly improve his life, Raymond Torres joined the Navy. Since he was small, Mr. Torres dreamed of getting a profession in a medical field. He thought becoming a Navy Corpsman and later pursing a career in a medical field was a good course for his future.

In 1967 he was sent to Vietnam. There they assigned him to a Marine Corps Company that was patrolling around Phu Bai. A few months passed by and suddenly Mr. Torres found himself smacked right in the middle of America’s longest battle of the Vietnam War – siege at Khe Sanh. This battle lasted for 77 days and since Ray Torres was stationed on one of the defensive outposts around the Marine base, he and his men were part of some of the most horrible close quarters fighting.

While taking care to the marines that were hurt in the fighting he was injured himself when a grenade exploded just within 3 feet of him. He was medevac from the base. Raymond Torres never returned to Vietnam again. When he returned home, he did not just have to learn to live as a veteran who probably will always carry the baggage of the horrors of war somehow through life, but also, he could no longer pursue his dream career in a medical field. His father was gravely ill and Mr. Torres took an early discharge from the military, with only 3 months left of his 4-year tour, so he could take care of his sick father. For the next 30 years Mr. Torres worked at local steel factory in Sterling, Illinois. After he got married and had children, Mr. Torres got his EMT license and once the factory closed, Raymond Torres worked in the Red Cross, where he drew blood.

Mr. Torres shared with Hola America that it took him many years to open up and talk about the war and his horrific experience.

“The ones that paid the price did not get recognition for what they did. It bothered me. [It was] jaw dropping when you got back and Americans had a negative feeling instead of respect,” Mr. Torres explained. “For a long time I had problems dealing with that and the ones that did not make it back, did not receive honor and respect.”

Mr. Torres said that although every person is different, Memorials like the Vietnam Veterans Memorial and The Wall That Heals do have some healing effect on the veterans. He explained the veterans can take their time and talk to the ones listed on the Memorial wall.

“Acknowledging the feelings they had and the way they were treated, it does help. Talking to veterans of the Vietnam War [can have] healing effect. It helps to open up to the veteran on the wall,” he said.

Mr. Torres feels very honored to be the keynote speaker for the opening ceremony at The Wall That Heals visit to the WIU-QC Campus.

“It is a humbling experience. It is difficult to talk about, but with the documentary and everything I have done, it has helped me. It is an honor,” Ray Torres said.

Veterans of the Vietnam War did not get the respect they deserved, but it is not too late to thank them for the sacrifice they made and give them a hug of belated welcome acknowledging the horrors they experienced. Opening up about his experiences is a way Ray Torres brings attention of the country to this issue.

“[This is] my way to remind the country because of their sacrifice this is the greatest country in the world,” Ray Torres concluded.

The Wall That Heals, a 250-foot replica of the Vietnam Veterans Memorial, along with a mobile Education Center, is coming to WQPT on the campus of Western Illinois University – Quad Cities and will be open 24 hours a day and free to the public. Sterling native and Vietnam War Veteran Ray Torres will be the keynote speaker for the opening ceremony on Thursday July 27 at 9AM. The Wall That Heals honors the more than three million Americans who served in the U.S. Armed forces in the Vietnam War and it bears the names of the more than 58,000 men and women who made the ultimate sacrifice in Vietnam.

“We are honored to have The Wall visit at this time as WQPT gets ready to air Ken Burns’ new documentary ‘The Vietnam War’ in September,” said Mary Pruess WQPT General Manager. Excerpts from the documentary will be available to view.

On July 26 The Wall will be escorted by the Patriot Guard through LeClaire, Iowa cross I-80, following a route that includes Rapids City, Hampton, East Moline and continuing on River Drive until it reaches its destination on the campus of Western Illinois University – Quad Cities.

The Opening Ceremony will begin at 9:00 am with a keynote address by Ray Torres on July 27. And the closing ceremony will take place on Sunday, July 30 at 4:00 pm with an address by Dr. Art Tate. Both Mr. Torres and Dr. Tate are veterans of the Vietnam War.

July 26 Set up The Wall That Heals