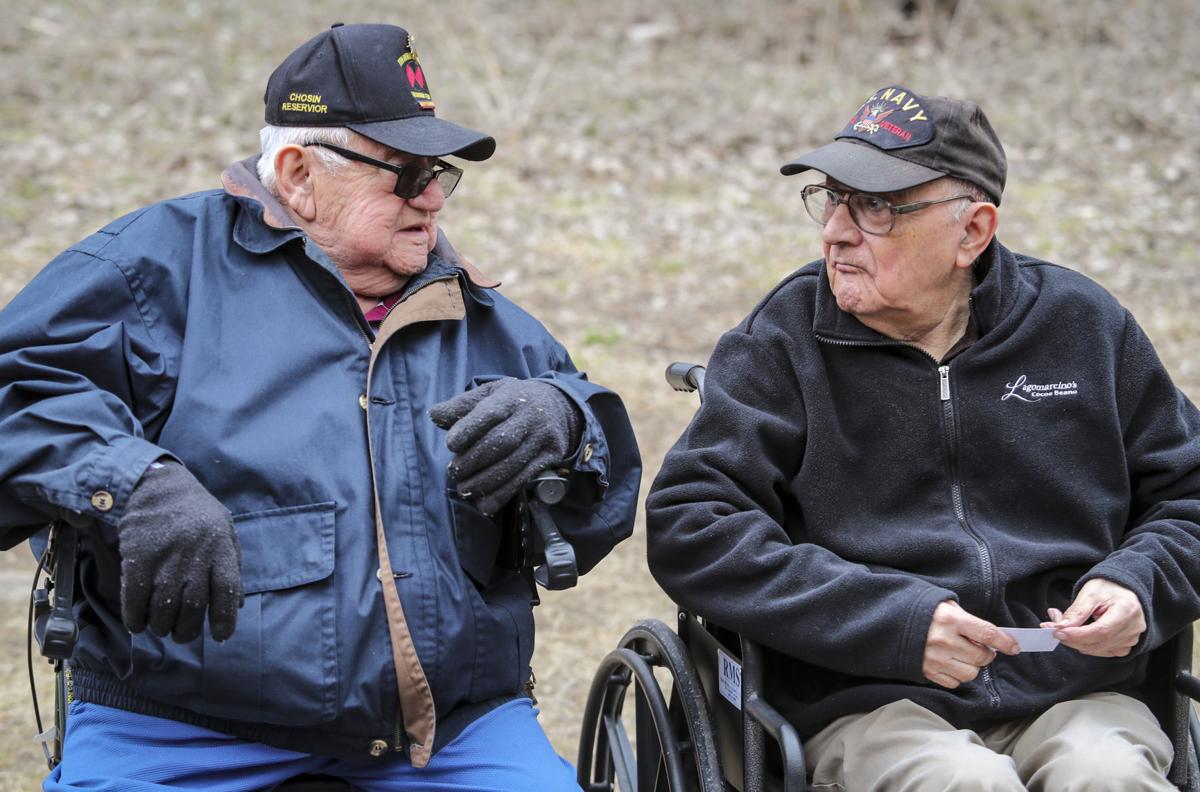 Courtesy of the QC Times

His smile said it all.

With his family’s help, Jesse Perez, 93, traveled by wheelchair across the new bridge to Sylvan Island for the first time last month. The founding member of the Sylvan Island Dreamers was home.

As children, Jesse, his younger brothers and their friends spent their summers camping and hiking on the island; fishing and swimming in the surrounding slough. As an adult, he helped lead the considerable efforts to turn the island into a city park.

“We had this right here in our backyard,” said Perez, who now lives at a Moline memory care center. “It’s a gem back here.”

Jesse and his brother, Seferino “Don” Perez, 86, visited the island for the installation of a special bench, honoring them and their late brother, Rufus “Buck” Perez.

“They were the original Dreamers,” Gloria Perez-Loy said, holding a framed photograph of her father, Buck, who died about a year ago at 83. “Dad used to take us down here and make us pick up sticks.”

Perez-Loy had the idea of honoring her father and his brothers with the bench after learning about the opening of the new bridge.

She contacted her cousin Francisca (Franki) Cunningham, Jesse’s daughter, who reached out to the city of Moline with the idea. Several family members, including Perez-Loy’s sister, Sundra Driscoll, and Don’s daughter, Benita DeLoach, contributed a total of $2,000 to pay for the fixture, which includes a plaque.

Perez-Loy felt her father’s presence in late February when she crossed the bridge for the first time.

“His dream was for the new bridge to be built, but he passed away before it happened,” she said. “He loved this place.”

The Perez brothers’ father, José, worked at the Republic Steel plant on Sylvan Island until it shut down in 1956.

“He was the last man to leave,” said Jesse, who remembers delivering lunch to his father. Their mother, Francisca, died in her early 30s, so José primarily raised his three sons and three daughters.+6

Don called it their “Wonderland.” He and Jesse sat on their bench after family members helped Moline Parks staff set it in place. Together, they held a photo of Buck standing on the Moline shore near the entrance to the old bridge.

Before leaving, Jesse’s family helped him to the fishing pier west of the bridge for a better view of the new span.

“Isn’t that something,” he said. “This is a good place to relax and cool off.”

If they could have pulled it off, Jesse and Don may have stayed overnight on the island — just for old times’ sake.