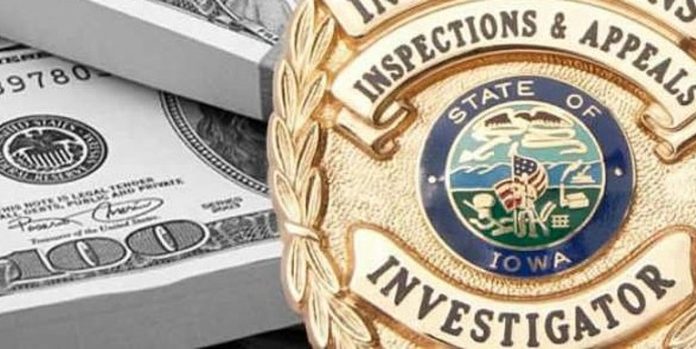 According to the Iowa Department of Inspections and Appeals, the violations resulted in the Centers for Medicare and Medicaid Services imposing a “denial or payment” order, suspending Medicaid reimbursements to the facility.

In recent years, the owner of the chain that runs the Jasper County facility has donated more than $85,000 to the political campaigns of the governor and four Republican state legislators.

According to state inspectors, one female resident of the Newton facility had informed the staff that she was physically too weak to pull the string that activated her call-light, but corrective action wasn’t taken by the home. The resident’s family said that when the woman needed help, she sometimes had to use her cell phone to call them at home and ask for assistance.

Residents complained they sometimes waited for an hour to have their call-lights answered. As an inspector watched, at least three call-lights went unanswered as the home’s management team met in the administrator’s office and at least two workers remained on break.

Workers allegedly told inspectors that meals at the home were often served late, and it appeared the kitchen had insufficient staff. Inspectors also noted that resident were being fed on disposable plates with plastic eating utensils. When asked about that, the staff acknowledged they typically didn’t return residents’ trays to the kitchen until the subsequent meal was delivered, sometimes the next day. After an “exhaustive search” of the kitchen, the state inspector reported that except for a single spoon, the staff was unable to find any silverware on the premises for the 45 residents to use for their evening meal.

The inspector noted “dirt and debris” throughout the kitchen and stated the staff had failed to adhere to the posted schedule for cleaning. In addition, the kitchen staff had no aprons available to prevent contamination as they moved from cleaning chores to food-preparation tasks.

The facility was fined $6,000. Because it did not appeal the fine, the Iowa Department of Inspections and Appeals discounted the penalty 35% to $4,225.

An Accura representative declined Monday to say whether the Newton facility is still operating under a suspension of Medicaid payments.

In January, the home was fined $6,500 after a resident sustained a broken arm while being improperly transferred to a chair. At that time, the home was also cited for failure to ensure the nursing staff was competent, and failure to take precautions against the misappropriation of narcotics.

The home was also cited in January for failure to provide a pneumococcal immunization – a shot that can prevent bloodstream infections — to a resident who had requested it.

According to the Iowa Department of Inspections and Appeals, the administrator of the home at the time of the inspection was Kathy DeHaven. It is managed by American Healthcare Associates, a company that does business in Iowa as Accura Healthcare. Accura operates 21 senior-care facilities throughout Iowa, and more than a dozen others in South Dakota, Minnesota and Nebraska.

Federal records indicate Ted LeNeave of Waukee owns 70% of American Healthcare and is the owner and founder of Accura Healthcare.

Since 2018, LeNeave has contributed an additional $88,700 to the political action committee of the trade association that represents many of Iowa’s nursing home owners. He has also contributed to the political campaigns of Senate President Jake Chapman, R-Adel; House Majority Leader Matt Windschitl, R-Missouri Valley; and House Speaker Pat Grassley, R-New Hartford.

Last year, one of Accura’s Iowa care facilities, Accura Healthcare of Stanton, won the Governor’s Award for Quality Care in Health Care Facilities, an award that was established by the state to recognize high-quality care provided by certain health care facilities. Since August 2018, the Stanton home has been cited for only four regulatory violations.

Correction: A previous version of this story incorrectly identified the administrator of the Newton facility at the time of the most recent inspection. 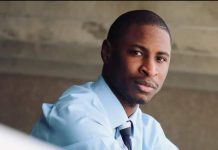 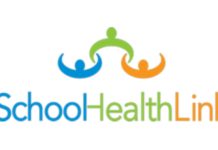