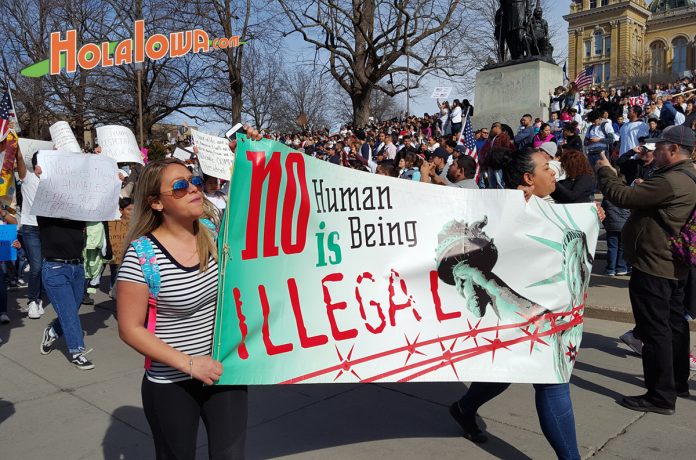 By Roberto Carmona and Marisa Sclafani of Carmona Strategic Solutions

With its definition narrowing over time, the roots of the word “Strategy” lie in the Greek “strategos” – stratos meaning “army” and ago meaning “to lead.” Effective strategy requires a wide group of people to come together – leaders, followers, coalition builders – and create value as a team. These individuals must craft a shared vision, overcome obstacles, and be ready to negotiate.

In Immigration Reform: The Corpse That Will Not Die, Charles Kamasaki chronicles the Immigration Reform and Control Act of 1986 (IRCA) or “The Bill”. He paints a vivid picture of policy formation through key moments and players that led to The Bill’s passage. His stories of non-profit and Latino civil rights organizations’ meetings during the 1980s-90s prime readers to think about policy positioning, debate, and leadership.

The author also emphasized the ongoing process of policy implementation. Importantly, he recommends that implementation be evidence-based and have an ecological perspective, accounting for the individual, institutional, and interpersonal factors that may affect how a policy manifests itself in society.

Kamasaki speaks to topics like employer sanctions and discrimination, temporary workers, legal immigration, and legalization. While focused on immigration reform, the policy primers Kamasaki uses are transferable to other reform efforts today. In the paragraphs that follow, we summarize Kamasaki’s book and highlight key themes around legislative strategy.

Kamasaki, a historian and Senior Cabinet Advisor at UnidosUS, begins the book with the repatriation campaigns of the 1920s and 1930s that removed millions of Mexican-origin citizens from the United States. As discrimination persisted, the author describes how coalitions of Hispanic advocates emerged such as the League of United Latin American Citizens (LULAC), the first organization in the US whose key objective was to protect Hispanics from ethnic discrimination.

Decades later, we see an increasing demand for workers in the US (pull factor), coupled with a weaker economy in Mexico (push factor) thus motivating immigration to the US. Calls for citizenship and equality permeated 1960s American society, making way for historic civil rights battles.

The National Council of La Raza (NCLR, now known as UnidosUS) was founded in 1968. Kamasaki highlights their President and CEO Raul Yzaguirre for his keen alliance strategy, and cites his words, “We cannot impose our will on the majority,” says Yzaguirre, “Rather, we have to persuade them that it is in their interest to support us. The bigger the change we seek, the more people we have to persuade” (p. 43). Another powerful player that emerged in the 1960s was the Mexican American Legal Defense and Educational Fund (MALDEF), which strived to remove barriers to Mexican American voter registration, worked at the “nexus of education and immigration” on school district issues (p. 89), and benefitted from the notable work of past MALDEF President and CEO Antonia Hernandez.

A critical moment for immigration reform came with the Cuban-Haitian boatlifts of 1979-1981. Not only were politicians forced to act in response to the boatlifts, but also the public became more aware of immigration tensions. In 1981, the National Forum for Immigration and Refugee Policy was formed, led by lawyer Rich Swartz. His strategy was to work collaboratively with other groups, instead of working in silos, and this tactic continued into later reform efforts. Other longstanding organizations emerged, including the Congressional Hispanic Caucus and the National Association of Latino Elected and Appointed Officials (NALEO), revealing that momentum and action-oriented assembly was critical to IRCA passage.

With this historical context established, Kamasaki begins to describe The Group – an assembly of immigration advocates that included Kamasaki. The Group first rallied against IRCA and then changed its stance, ultimately contributing to IRCA’s development and passage. Key leaders, such as Congressman Esteban Torres impacted such change by negotiating the Bill through its final stages.

Success tactics for immigration reform are woven throughout the book and personified by stakeholders in detail. Three overarching themes we found included:

First, The Group committed themselves to an ardent reading and debate schedule, which included classic books on strategy such as On War by Prussian General Carl Von Clausewitz and writings of Martin Luther King Jr. Other advocacy groups such as LULAC and the Mexican American Youth Organization (MAYO) adopted and expanded these approaches.

Second, The Group did not operate independently. Rather, it was fueled by alliances. The Group sought feedback from the Congressional Black Caucus and even entities that were initially opposed to The Bill, such as some businesses associations and labor unions. Kamasaki wrote, “They (The Group) visited virtually every congressional office. They developed decent working relationships with their opponents and competing interests, a practice rarely seen today, where often the only communication between policy adversaries occurs via social media” (p. 396).

Third, The Group was adaptable. Departing from traditional lobbying tactics played to their strengths. The Group intentionally pursued and synchronized multiple, competing strategies all at once (p. 402) to not waste time. Support of affirmative action and bilingual education was not ‘status quo’ at the time; still, The Group and other non-profit Latino rights organizations defended these reforms. Some traditional elements maintained in their platform were support for research and policy analysis, educating the public, and lobbying. They also made intentional delays in policy throughout the life of IRCA.

Culmination and Legacy of IRCA

Kamasaki makes it clear that since IRCA’s passage, The United States has tried but not succeeded with passing a bill around immigration reform. In 2013 and 2014, the US came close, however the House failed to act in both instances. In Immigration Reform Kamasaki wrote, “The legislative process is actually a complex system, like the weather, in which a seemingly innocuous or routine action at one stage of the proceedings can have enormous consequences later, like the metaphorical butterfly drying its wings in one part of the world that leads to a major storm elsewhere” (p. 394).

The Dream Act is one example of an immigration reform in progress. While the COVID-19 pandemic seems to have stalled some legislative movement, action is still being carried out by means of research, alliance-building, and strategy. Current day maneuvers by pro-immigrant reformers include the utilization of social media to leverage engagement with legislators. Additional strategies Kamasaki recommends include: an integration of research, insider lobbying, and electoral strategy; stronger messaging that considers race and its relationship with people’s attitudes towards immigration policy; pursuit of bipartisan alliances; acknowledgement of basic immigration enforcement; embracing of policy innovations; and finally, greater independent leadership balanced with compromise (p. 402-405).

This book can serve as both a practical and anecdotal reference for immigration advocates, legislators and other stakeholders impacted by immigration laws and policies. Furthermore, this book would appeal to students interested in a detailed look at policymaking and lobbying. Given its length, we recommend teachers assign sections for students to dissect and analyze in class.

Kamasaki’s book has a lot of detail, but the storytelling is rewarding. The author’s historical savviness and insights on strategy provide lessons for future efforts in immigration advocacy, coalition building, and policy making at all levels of society.

Join us this Thursday October 1, for a live conversation on Immigration Reform with Author, Charles Kamasaki.  Register here. It’s free! 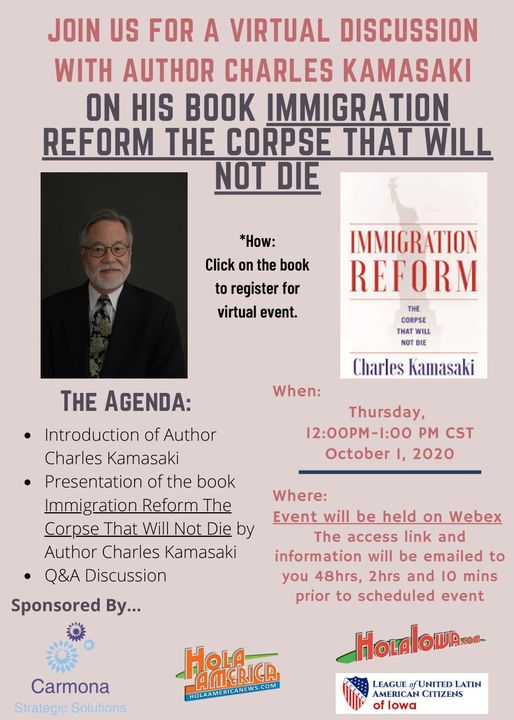 Roberto Carmona is a contributing writer for Hola America and is the Principal Consultant for Carmona Strategic Solutions (CSS).Roberto is a nationally recognized consultant who has successfully executed on complex projects in the areas of leadership development, strategy design, executive coaching, executive search, strategic marketing, and organizational change projects for Fortune 500 companies, national nonprofits, colleges and universities and hospitals. His federal government experience includes overseeing national programs in civil rights, workforce and economic development for the U.S. Department of Housing and Urban Development and the U.S. Department of Labor in Washington DC.

Marisa Sclafani is a research and communications consultant for Carmona Strategic Solutions. Previously, Marisa served as a research manager at Northwestern University’s Institute for Policy Research, where she supported the evaluation of two-generation education programs and ESL policy.

She is a graduate of the University of North Carolina at Chapel Hill and is currently enrolled in a Master’s of Quantitative Management at Duke University’s Fuqua School of Business. 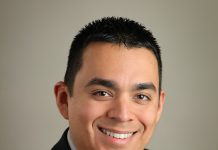 Mayor of Dixon Liandro Arellano Jr. has announced he is running for State Rep. 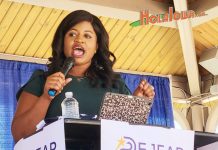 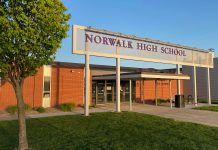