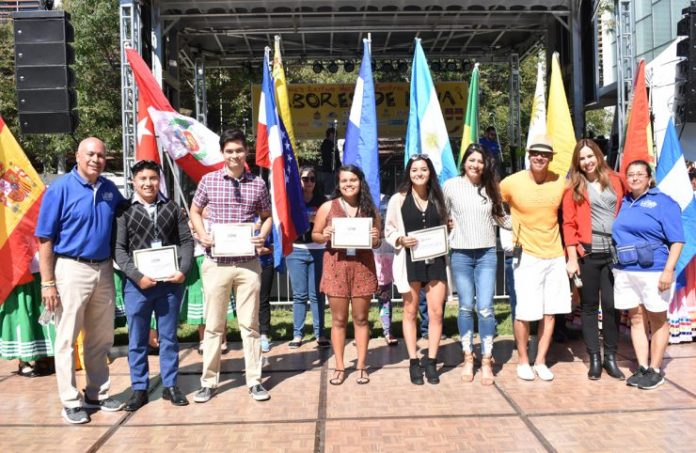 Iowa’s Latino Heritage Festival will award 12 students with academic scholarships and reward three Latino business people for their successes at this year’s festival.

“One of the founding principles of the festival is to honor and support our youth,” said Joe Gonzalez, the executive director of Latino Resources Inc., the umbrella organization that oversees the festival.

Each will receive a $1,000 academic scholarship to further his or her education. Six of the scholarships will be given by sponsors, one from Gonzalez, and five from Latino Resources Inc.

The festival is from 10 a.m. to 11 p.m. Sept. 28 and 10 a.m. to 6 p.m. Sept. 29 at Western Gateway Park. About 13,600 people attended the two-day event last year. It features folkloric dancers, martial arts performers, a children’s area, booths about the countries represented at the festival and more.

Festival organizers also will honor three individuals with the Latino Achievement Award to recognize them for their successes:

The theme for this year’s event is “Colorful Traditions de Iowa.” The festival’s civic engagement tent will host a candidate soapbox for presidential candidates who pre-register to speak to festival attendees.

The Empowerment Zone will showcase jobs that are in need of workers and provide Latinos with information they need about those jobs. It will include information from sponsor Des Moines Area Community College about the training the school provides to support Future Ready Iowa, an initiative to grow Iowa’s talent pipeline.

The Iowa Department of Transportation’s motorhome will be available for attendees to renew their driver’s license or receive a duplicate for a lost license.

This year there is a new activity: Upon entrance into the festival, each family or group will receive a passport card that they will take to various areas of the festival for a stamp. After the card is completed, they can enter into a drawing for a prize. Drawings will take place every few hours during the festival.

Cost to attend is $5 for adults and $1 for children 12 and younger.