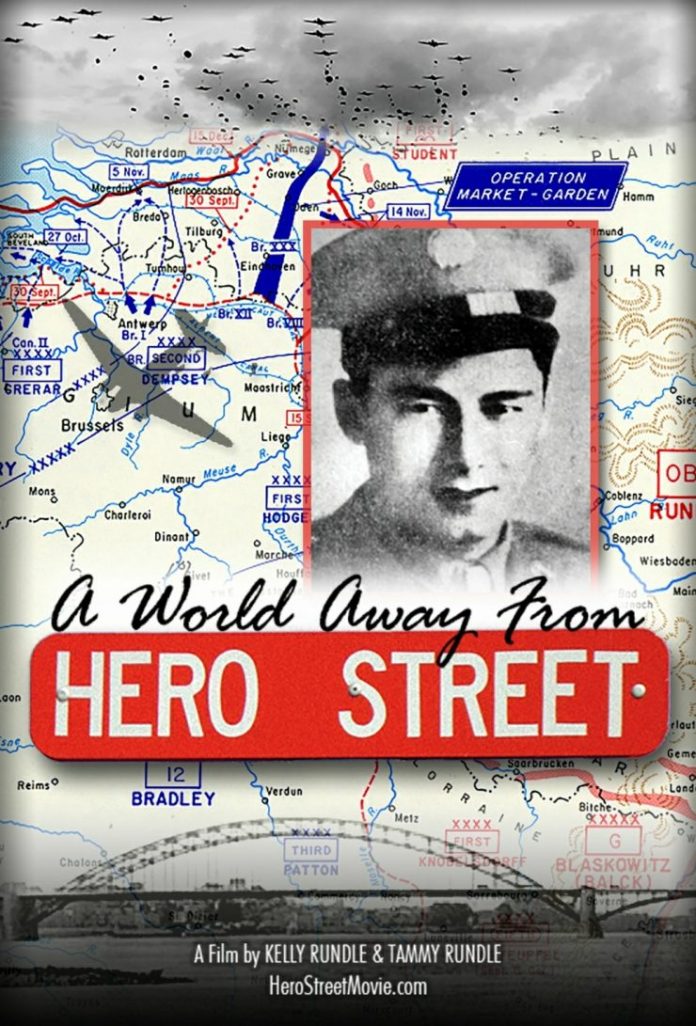 Emmy®-nominated and award-winning documentary filmmakers Kelly and Tammy Rundle of Fourth Wall Films have announced release plans for their new Hero Street documentary film series, which includes the premiere of two new films in November, and the focus of heroes John Muños and Joseph Sandoval in the next two films slated for release in late 2020.

Hero Street, the ten-part documentary series will explore the personal and family sagas behind each of the eight heroes from Silvis, Illinois and tell the compelling true story of an ongoing struggle to memorialize them. Only a block and a half long, the street lost six young men in World War II and two in the Korean War, more than any other street in America. Hero Street, as it is now known, has provided nearly 200 American military service members since World War II.

Based on the success of the award-winning Letters Home to Hero Street, which tells hero Frank Sandoval’s personal story, and the completion of Riding the Rails to Hero Street and A World Away from Hero Street, the development and production of seven more films to complete the series will take place between 2020 and 2023. If funding is obtained sooner, the series can be completed sooner.

Letters Home to Hero Street (co-produced with WQPT-PBS) received a Mid-America Emmy® nomination in 2015. The film is also featured on the PBS Learning Media website along with specially prepared lesson plans for teachers nation-wide.

Riding the Rails to Hero Street, the first film in the series, explores the immigrants’ journey from Mexico to the Chicago, Rock Island and Pacific Railroad train yards and boxcar homes in Silvis, Illinois.  The families of Hero Street experienced both acceptance and discrimination in their new community. Around the time of the Great Depression, the families were removed from the rail yards and some moved their box cars or built new homes on 2nd Street in Silvis.

A World Away from Hero Street tells the story of WWII paratrooper William Sandoval of Silvis who took part in Operation Market Garden–still the largest air assault in history. The film features author John McManus who wrote the critically-acclaimed September Hope: The American Side of a Bridge Too Far, Willie’s family members, friends, and author Marc Wilson, Hero Street, U.S.A: The Story of Little Mexico’s Fallen Soldiers. The film will feature original art by Bruce Walters and acoustic guitar music performed by Joe Soliz.

Hero Street’s John Muños and Joseph Sandoval’s stories are planned for 2020; Claro Soliz and Tony Pompa in 2021; Peter Masias and Joseph Gomez in 2022; and the final episode Remembering Hero Street in 2023. Each film in the documentary series will be 26-minutes in length. Interviews with family members, friends, veterans, community leaders and historians will be combined with vintage photos and film, and archival materials to tell an unforgettable story of American courage, character and perseverance.

The scheduled release of the documentaries is dependent upon available funding and resources for each film in the series. Visit www.HeroStreetMovie.com for more details.

Through its fiscal sponsor the Moline Foundation, the Hero Street documentary film series has received partial funding from the Regional Development Authority (RDA), Illinois Arts Council, the Illinois Humanities Council, Humanities Iowa, Quad City Arts, Mexican American Veterans Association—East Moline, the Quad Cities Community Foundation, LULAC Iowa, the City of Silvis, and individual contributors. The project also received a production grant from the Moline Foundation. The views and opinions expressed by theses films do not necessarily reflect those of these organizations or the National Endowment for the Humanities.  The Beiderbecke Inn and Jennie’s Boxcar Mexican Restaurant are among the sponsors of the premiere event in November.