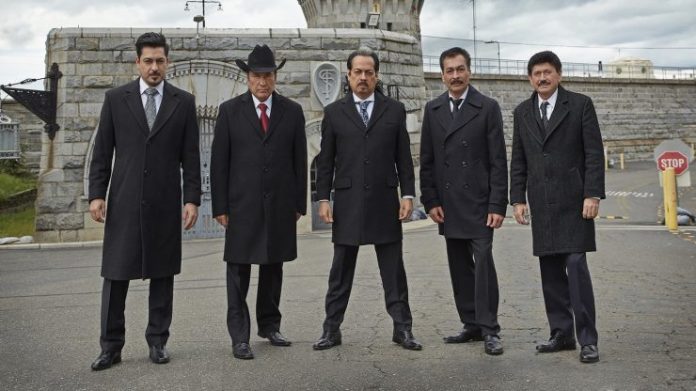 “We have come to Folsom prison to be with those who lost their way, and those who have been forgotten. We’ve come here to bring our music into their lives, 50 years after the most famous prison concert in history when the legendary Johnny Cash played Folsom. We have always felt a deep bond with Johnny Cash and his music… [which] like ours, is about those who struggle, the marginalized, and the voiceless.”

The documentary and album were filmed and recorded live, fifty years after the groundbreaking Johnny Cash “At Folsom Prison” live album and the launch of Los Tigres del Norte’s own legendary career as a young family band that crossed the border from Mexico to the U.S. to play early shows to migrant workers and prisoners. The band was the only act authorized by the California Department of Corrections and Rehabilitations (“the CDCR”) to film and record at Folsom last year for the 50th anniversary.

The “Los Tigres del Norte at Folsom Prison” documentary, is more than a concert film.  It’s a journey into the world of Latino incarceration told through the songs of the band and the stories of the Latino and Latina inmates at Folsom Prison interviewed for the documentary. As the demographics of the country continue to change, and with Latino inmates now accounting for 43% of California’s prison population, bringing this spotlight to the issue of Latino incarceration could not be more timely.

Set for release as the first soundtrack album in the band’s five-decade career, “Los Tigres del Norte at Folsom Prison” contains recordings from the two concert performances at Folsom (one for the male population, one for the female inmates). The band personally selected the songs for the project after reviewing the pre-filmed inmate interviews, so that the songs would best connect to the inmates’ personal experiences. Several of those stories appear on the album in the inmates’ own voices via the documentary excerpts that are interlaced between the tracks -creating a unique emotional impact

“We couldn’t be more thrilled to be the first band in fifty years to film and record our documentary and album in the very same location where Johnny Cash held his historic concert.  Like Johnny Cash we knew that by simply going inside these prison walls, we could bring inspiration and hope to members of our own community in the midst of dark times, and bring a message that they are not forgotten”

As a further tribute to Johnny Cash’s legacy at Folsom, the first single from the album will be “La Prision de Folsom (Folsom Prison Blues)” – the first ever Spanish language version of Johnny Cash’s classic song, written by the band in collaboration with Johnny Cash’s daughter-in-law Ana Cristina Cash.

Two time Oscar winning composer and eighteen-time Latin Grammy winner, Gustavo Santaolalla, a legend in his own right, and his long-time partner Anibal Kerpel, accompanied the band to Folsom and produced the music for both the documentary and the album.