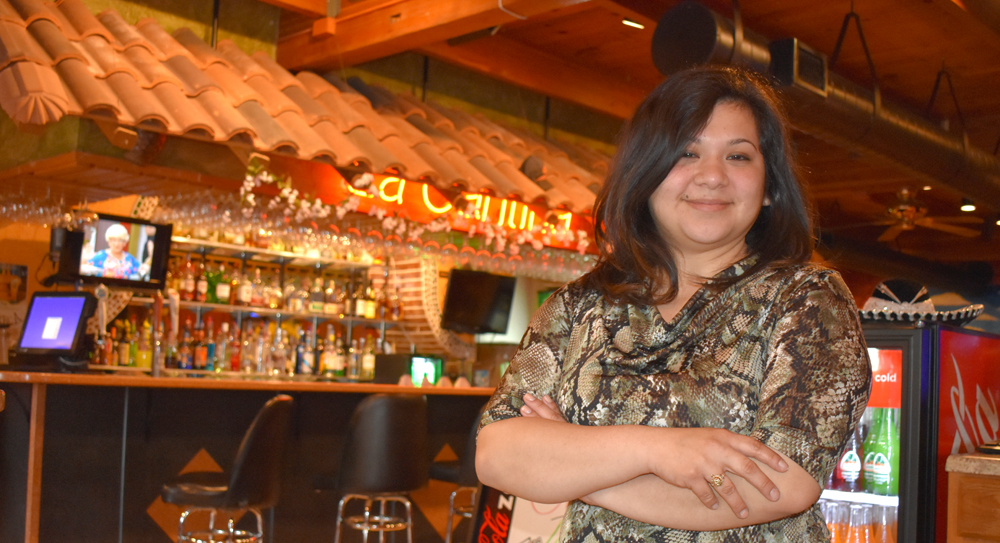 Hardships either break people or make them. Since early age Sonia Villalpando has had more than her share of hardships to deal with. Despite the difficulties, she never let them keep her down.

Villalpando, 27-year-old mother of 2 boys of 4 and 8 years of age, runs the family business that includes 4 restaurants: Azteca 1, Azteca 2 and Azteca Express in Davenport and Azteca 3 in Bettendorf, IA.

While growing up, Ms. Villalpando did not see herself working in a restaurant. Sure, she helped sometimes, cleaning tables to make a few extra dollars, but she never planned to join the family business. In high school, she was part of The Reserve Officers’ Training Corps (ROTC) and dreamed of joining the armed forces.

She was only 20 years-old when her family was hit hard by misfortune for the first time. ICE arrested and deported her father. That was difficult time for the whole family because her father was the one running all 4 restaurants. Even though Ms. Villalpando herself and her mother and 3 siblings are US Citizens, unfortunately, her father was not. Besides the separation that family was going through, Ms. Villalpando’s mother suffered from diabetes. This ill-fated separation from her husband, made her very sick and she could no longer run the family business. Sonia and her sister had to grow up fast and learn to take care of the family on their own. At that time, her two younger brothers were still in school.

The loss of the head of the family hit very hard Villalpando’s mother and her health rapidly deteriorated to the point that she lost her sight almost a year later. Now, things are not exactly perfect and she has to go to dialysis treatments three times a week, “but she is still in high spirits,” Ms. Villalpando said.

Of course, becoming the head of the family at a young age is almost like carrying the world on one’s shoulders. That’s why Sonia Villalpando works hard every day just to try to keep her stress levels low.

“It’s too much responsibility and I need to have tunnel vision and have a clear mind and not let anxiety take over,” this young woman shared with us on one of her biggest challenges. “I have to be diligent and be observant and trust on my own vision.” 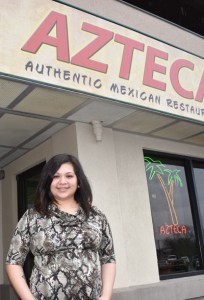 After all the bitter experiences, it seemed as if fate was not done with her just yet. It was 2015 when she separated and eventually divorced her husband of 10 years.  Despite all the hardships the life presented her, Villalpando stays diligent of her responsibility as the family bread winner.

In the past few years Sonia Villalpando took time to invest in her own professional development. She mentioned that she appreciates the help she received from her mentor Scott Hopkins, the first managing partner of Biaggi’s. Ms. Villalpando also shared that she enjoys greatly reading motivational books.

Also, to network, grow professionally and meet other entrepreneurs in the area, Ms. Villalpando joined the QC Chamber of Commerce and the Young Professionals Network and last year she hosted the Network at Night for Cinco de Mayo at Azteca 1. She told us she has been planning a few things for this year as well. She will do the same event for Cinco de Mayo this year and in August, she will have a 20th year anniversary celebration of the Azteca Restaurants.

“We want to make an all-day event that will make people from all over the region want to come to celebrate with us,” she said.

While professional growth is very important, there is one advice she cherishes the most and that’s the personal advice she got from her mother.

“She tells me to be patient and that things will work out,” Ms. Villalpando shared the advice that had become her motto in life.

Her older sister and business partner Zulma is still involved in the business, but Sonia is the one who takes care of all day to day operations, as to Zulma, well, she mostly keeps busy taking care of their mom and the kids of both sisters. Now her brother Eddie is old enough to be involved in the family business, while her youngest brother Gustavo is still a student at Black Hawk College and he is also part of a Jazz band. Ms Villalpando understands that any business big or small depends greatly on the employees doing a good job. That is why she greatly appreciates the help of her employees, especially, Nacho, who helps with the restaurant, and Felicita that also helps the sisters with their mom.

Every person goes through hardships. The question is how each person confronts those hardships and what they do with those experiences. Sonia Villalpando is one of those people that succeed at the face of the adversity. Not only she is overcoming the difficulties in her life, but she is doing so with a sense of responsibility to her family, employees and community.