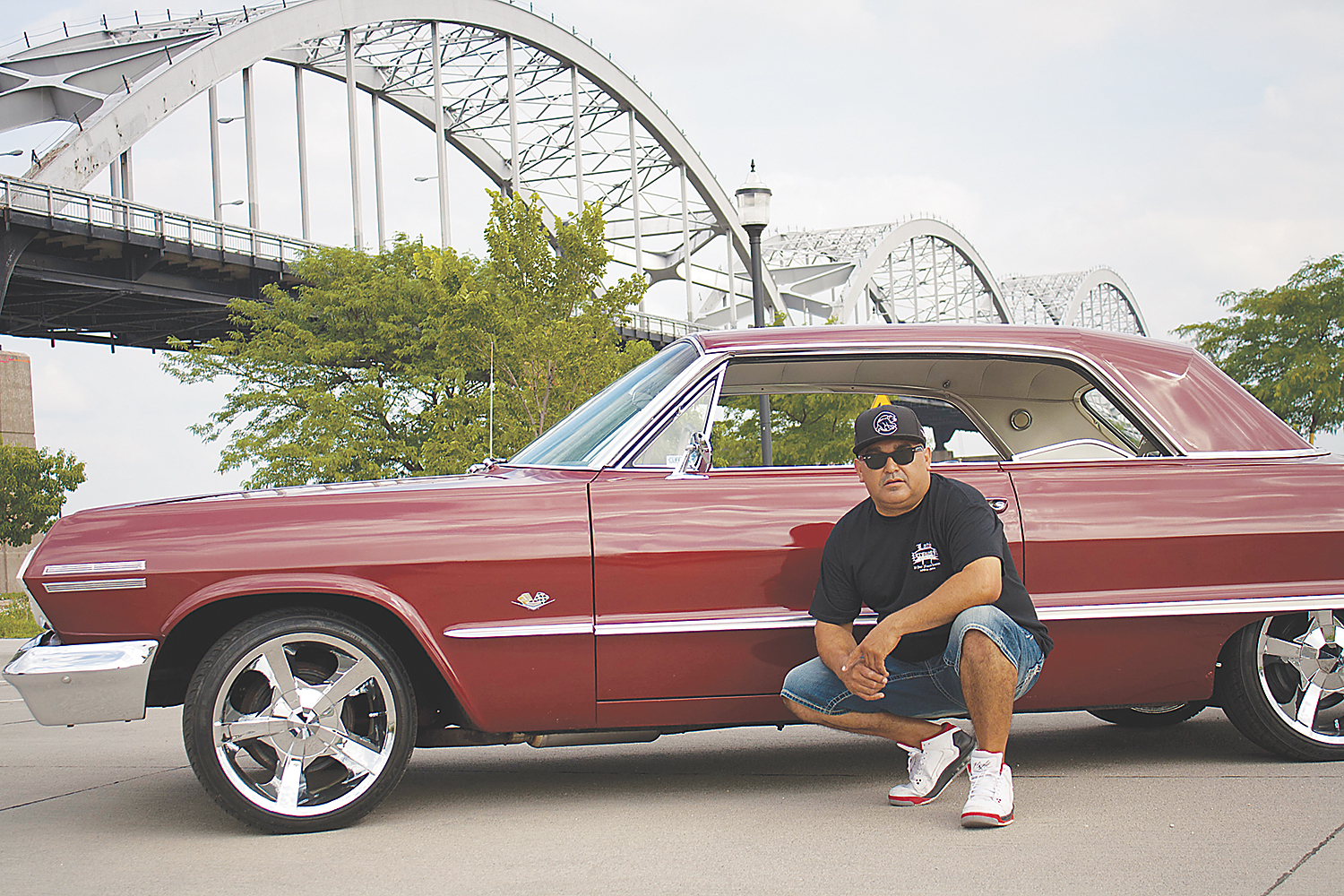 Latin Persuasion is a family friendly car club that was established in 1994 by Mike Sanchez and Flavio Rosas. This car club is well known in the community. In addition, the club was featured in LowRider Magazine, Chicago Tribune and other publications.

In order to maintain a family friendly atmosphere Sanchez interviews all the potential members and there are a set of rules. There are members who used to be troublemakers, but they are reformed. Latin Persuasion Car Club values highly their status of a family friendly club.

“One of my fondest memories is when HBO shot a special on Lowriders in of all places Sterling, Illinois and we were there.” Sanchez added “I remember riding up to the Midwest Lowrider show in Ralphs 64 Impala (my 63 was not ready) me and E Sho Shortylee Eric Hayes bouncing all the way there it was crazy.”

Latin Persuasion Car Club was represented in different car shows throughout the Midwest. They have lowriders, originals, newer cars and lowrider bikes. They still participate in different car shows. This Saturday July 20 everyone is invited to come to family friendly event that celebrates Latin Persuasion Car Club 25th year Anniversary. Besides a great car show there will be music, face painting, Mexican food vendors, shaved ice, and automotive related vendors. This is a free event. Mike Sanchez invites everyone to come enjoy this family friendly event and to check out the cars. The fun will start at 10am until 2pm and it will be at the Local Union 25, Plumbers & Pipefitters located at 4600 46th Ave, Rock Island, IL Rock Island 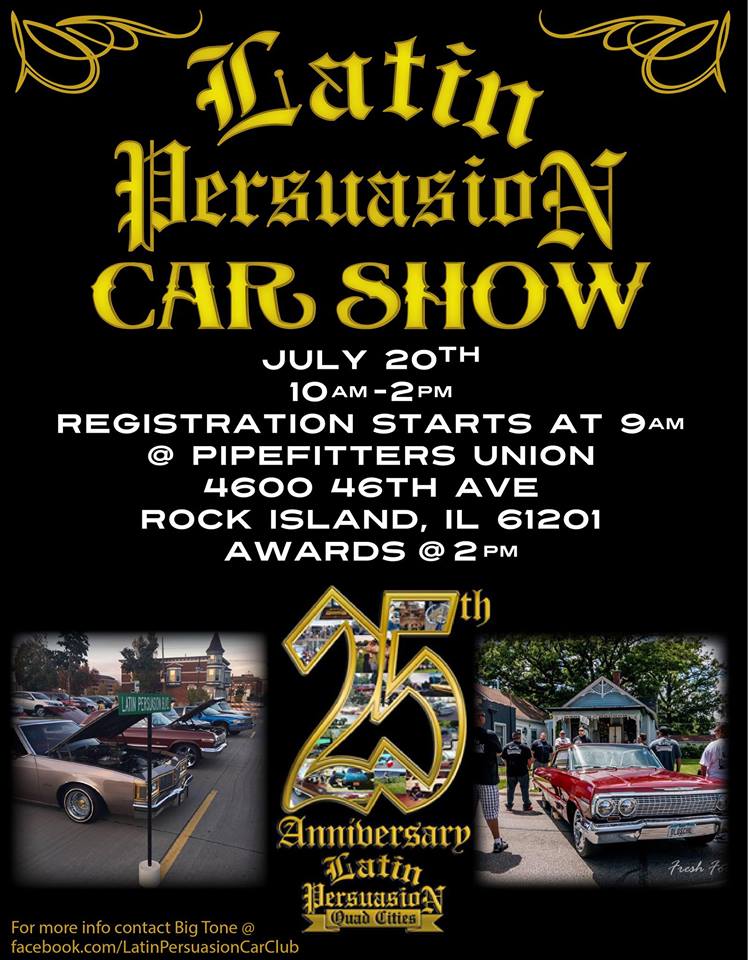