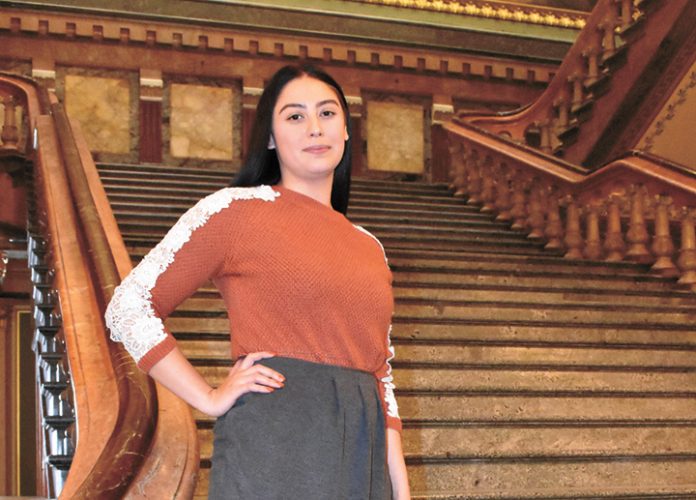 DES MOINES – With all the noise that emanates from the political world, Jeanina Juanita Messerly is clear about her mission and that of the organization she works for, the Latino Political Network.

Messerly is the first paid staff member of the LPN; she crisscrosses Iowa meeting with leaders and those members of the Latino community interested in running for public office.

Whether it’s Marshalltown, Denison, West Liberty, Des Moines or any other locale in the state, “I go to these places and meet with whomever and mostly I identify those who are leaders and those who potentially want to run for office. A lot of what I do is community building and relationship building,” she said during a recent interview with Hola Iowa.

From training sessions to one-on-one meetings, Messerly offers a “deeper dive” in working with those in the Latinx community who are too often underrepresented in Iowa’s city councils, county offices and school boards.

The Fort Dodge native has a passion for politics, after having started her career as a political organizer and canvassing for progressive organizations. Those efforts led to her joining the LPN in December 2018, which have already proven successful; Messerly is helping Latino candidates understand the “nuts and bolts” of how to run for office and emerging victorious.

“A lot of the time, I think it’s hard to envision what candidates need to do,” she said.

“LPN discusses those key elements in running a campaign, fundraising, canvassing, talking to your neighbors, calculating a win number.”

“They have concerns about talking to strangers, the awkwardness of canvassing for your first time, or asking for money.”

Messerly said she sees her role and the LPN’s as a bridge between Latinos entering the world of politics and serving in public office.

Having Latinos or someone you can identify with serving in public office, Messerly said, brings a greater sense of belonging.

“And that’s what people identify with, when you’re talking to an elected official, you want them to know your situation in a more personal way. And really the most powerful thing, the most important thing you can do is just talking to them about your own personal story and finding that deeper connection.”

And the personal is very important to Messerly.

Her grandfather, a Korean War veteran, worked at Hormel’s in Fort Dodge, was very involved in local politics and active in the community. He even earned an associates degree at at the age of 65.

But because of his race and despite having saved money for years, Messerly’s grandfather was denied a loan from every bank in Fort Dodge and the surrounding area, in order to purchase his own home.

It wasn’t until he was in his 80s, Messerly said, that her grandfather learned of a VA loan that he was able to make that purchase.

“He’s the reason why I care about politics so much,” she said.

Messerly said those issues her grandfather faced may not be as prevalent today, but Latinos across Iowa still struggle with finding those in public office who are reflective of them.

“I think it’s really an empowerment issue,” she said, admitting that until she moved to Des Moines from the Fort Dodge/northwest Iowa area, she was never witness to other Latinos in “professional” environments or those serving in public office.

Messerly touts Latino political success stories, including a number of elected officials across the state who are listed as mentors on the LPN’s website (lpniowa.com). Prospective candidates can contact those mentors to get a better understanding of how they too can run for local public office and prove successful.

But what about these highly-charged political times we live in, especially with what some identify as anti-immigrant and anti-Latino rhetoric coming from the current administration?

“For what I’ve noticed in the White House, and I have not worked in politics before the Trump (administration) … it makes me more embolden to be involved in politics and to be Latinx and to contribute,” Messerly said.

With numerous political campaigns still vying for voters in the state prior to next year’s caucuses, Messerly said she has heard from numerous operatives trying to get a better understanding of Latino voters.

“It’s too big a concept for me to explain to them every part of the community,” she said. “Denison and Marshalltown have about the same Latinx populations and yet they are very different culturally.”

In other words, Messerly said no one should assume every Latino voter or candidate for the matter is the same.

At the LPN, Messerly said the experience she has gained in her work, is nothing but enthusiasm and excitement for those Latinos who are taking that step forward in seeking political office.

“I’m very grateful for this position. I’ve met and become friends with some great people,” she said. “I’ve learned in canvassing and (at the LPN), I very much like to hear people’s stories – listening, talking. Everyone has their struggles and yet they have gone on to do amazing things.”

Messerly said she has become friends and close to many of the Latino candidates she has worked with and that is the bonus to the work she undertakes with the LPN, something rewarding and something she views as a privilege.

Messerly said she is gearing up for the upcoming Second annual LPN Latino Voices Together Gala, which is slated for 5-7:30 p.m. Saturday, Oct. 26 at The Glass Box, 220 SE 6th St., in Des Moines (tickets are $25 apiece – go to Facebook to learn more about the event). This is the LPN’s one and only fundraiser of the year, and an event where a majority of Latino officeholders and their supporters gather to share their stories, their struggles and their successes. Those stories, Messerly said, will no doubt uplift and energize others to take a chance in serving constituents across the state.

In her time at the LPN, Messerly said she has “gained so much, an empowerment and given me so many great opportunities in doing this job.”

She hopes the gala will help fundraise more money, which will allow more training sessions across the state, extend outreach opportunities, extending services and perhaps hosting some training Latinx community members in professionalism and other areas of improvement. 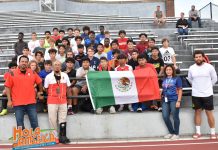