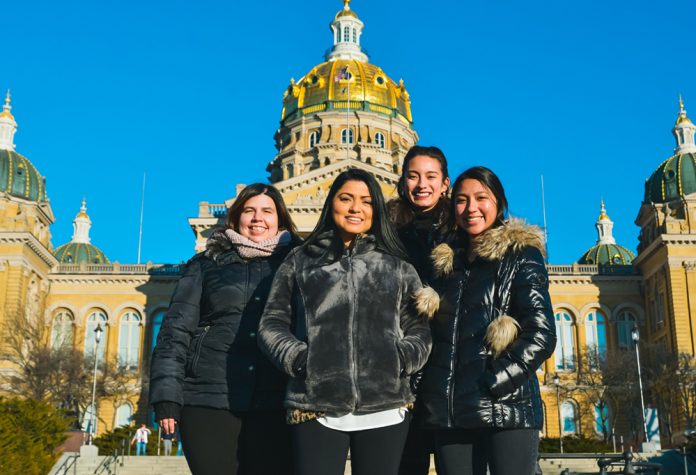 On the evening of February 3, 2020, Iowans will be first in the nation to choose their presidential nominee. Just three weeks away from the Iowa Caucus, campaigns are eager to see possibly the highest participation yet. Beyond the polls, presidential candidates should add this to their list of concerns, will Latinos show up and caucus for them on February 3? Erika Contreras, Vanessa Marcano-Kelly, Karla Rangel and Lilián Sánchez will.

These four Latinas will be caucusing for the first time and are eager to exercise their right as U.S. citizens. Overwhelmed with excitement, they candidly express how anxious they are about the unknown, the process and their choice. “Politics is personal, whether you are active or not, your life is at stake. For me, having been formerly undocumented and now having the privilege is an added responsibility to show up,” Sánchez affirmed.

In 2016, Rangel witnessed her sister caucus. This time, she will proudly return to participate as a newly naturalized citizen. She’s also feeling the weight of responsibility on her shoulders. She admitted, “Even though you do your research and listen, you cannot be 100 percent sure you’re making the right decision and that makes me nervous. I want to make the right choice for my community.”

Marcano-Kelly on the other hand is cautiously optimistic. So much so that she took an active leadership role within the Bernie Sanders campaign. “I’m diving with both feet in and embracing the process knowing that it might be a long night,” she laughed.

Contreras is the youngest and the only U.S. born among the group. She is currently 17 years old and will be caucusing with her dad. At a young age, she became aware of how important it was for her to be civically engaged. Any U.S. citizen who turns 18 before the next general election, is eligible to participate in the caucus. Contreras will be turning 18 in September of this year and is hopeful other eligible teenagers will be present too.

This group of inspiring Latinas made it very clear that their previous lack of legal status or age didn’t stop them from being involved in the political process. Most of them have ether witness a caucus before, phone banked and knocked on doors for campaigns. Marcano-Kelly was an organizer in her native Venezuela and continued her work in Iowa. She reflected, “you can’t just vote someone into office and hope they will keep their promises. It is people who make democracy happen. You have to roll up your sleeves and get to work.” During the last couple of months, she pushed herself out of her comfort zone to knock on doors and get others to commit to caucus with her.

As immigrants, parents and daughters, too much is at stake for them. Their main concerns are immigration, global warming, taxes and inequalities. Contreras is highly concerned about the treatment of immigrants. She lamented, “immigrants are downgraded even for all the hard work they do for a better future instead of being welcomed.”

Both Marcano-Kelly and Sánchez are concerned about the inequalities the Latino community faces and how these are interconnected. Marcano-Kelly warns, “this massive inequality that has taken a hold of the United States is very dangerous and it’s one of the marks of regression of a country.”

In Rangel’s case, she is concerned about global warming, the automation of jobs and taxes. She described, “global warming is a huge problem that everyone can see. We’re in January right now and it’s going to be 55 degrees. I’ve lived in Iowa for too long to know this is not normal.”

All, with the exception of Marcano-Kelly, are still undecided. They continue with their research and attending events. One thing is for sure, they will be present and hope the rest of the Latino community will be standing next to them.

“Our voice as Latinos matter. We are the largest and fastest growing underrepresented group, not just in Iowa, but across the nation. It all starts here by showing up to caucus and showing we are a force to be reckoned with,” Sánchez emphasized.

There are over 67,000 eligible Latino voters in Iowa and according to LULAC over 10,000 Latinos caucused in 2016, our highest turnout ever. These four Latinas hope the Latino community can overcome the fear of the unknown, ask questions and caucus for the first time. Caucus for those who can’t but will be affected by the results. Caucus for solutions to the issues and violence the community is experiencing. Caucus because they can and it’s their right.

To check your voter status, check-in early and confirm your caucus location, visit the https://www.aclu-ia.org/en/know-your-iowa-caucuses 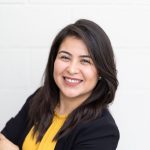 Kenia is an immigrant writer sharing with you stories of resilience. You can find her works at CoffeewithKenia.com 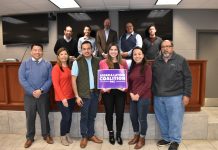 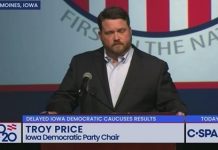 Troy Price the chairman of the Iowa Democratic Party has resigned 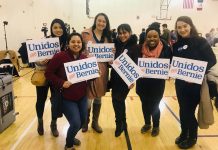