NEW YORK—On a recent Monday, Maribel Lapuz got up at 4:30 a.m. The 46-year-old immigrant from the Philippines braved the sub-zero weather and took the train from Jersey City, NJ to a nursing home in Brooklyn, NY, where she has worked six days a week as a caregiver since last February.

A thousand miles away, Mario Ramirez drove from one house to another starting at 5:00 a.m. doing construction and plumbing work in Marietta, Georgia. Ramirez, a 52-year-old Mexican immigrant, has never missed a working day since the start of the pandemic.

“When the Trump administration sent the $1,200 stimulus checks to workers,” Lapuz said, “I didn’t get it; I was ignored.”

“Someone like me in this country is not eligible for unemployment,” Ramirez said. “That means I can’t stop working in order to support my family, despite the risk of COVID-19.”

Their situations may soon change.

Deemed “essential workers” by the federal government, Lapuz and Ramirez are among the 5 million undocumented immigrants who may be rewarded a path to citizenship—and it could happen during the first days of the Biden-Harris administration.

Indispensable to American life and economy, undocumented essential workers are now at the core of an immigration plan currently being drafted by congressional Democrats and immigrant  rights advocates, and aggressively promoted by the incoming administration.

“Essential workers, many of whom are undocumented immigrants, are unsung American heroes—risking their lives during this deadly pandemic to care for our communities and ensure food is on the table,” Rep. Joaquin Castro (D-Texas) said in a recent virtual press conference. “I’m working on legislation to immediately protect essential workers and their families from deportation and  provide them with a fast-track path to citizenship.”

Vice President-elect Kamala Harris weighed in publicly on the issue. Speaking last week with Spanish-language Univision, she said the incoming administration would automatically grant green cards not only to undocumented essential workers but also to DACA (Deferred Action For Childhood Arrivals) recipients as well as Temporary Protected Status (TPS) holders, and shorten by 5 years the time it takes to get U.S. citizenship.

“The incoming administration has a golden opportunity to set things right and offer immigrant essential workers and their families relief from this pandemic, relief from persecution because of their immigration status, and relief from invisibility,” said Angelica Salas, executive director of the Coalition for Humane Immigration Rights, on a press call organized by America’s Voice.

Pushback from Republicans has already started. Lora Ries, former acting deputy chief of staff at the Department of Homeland Security, told The Los Angeles Times that the legislation will create more problems.

This week, more than 6,000 Honduran migrants and asylum seekers have reportedly been making their way north through neighboring Guatemala and Mexico. This caravan could represent a resurgence of such efforts as Biden has vowed to reform President Trump’s hard-line immigration policies.

“Millions of immigrant workers are on the frontlines, risking their lives to keep our country running. The depth of this crisis requires urgency,” said Mary Kay Henry, president of SEIU, on the press call with America’s Voice. “We can’t beat the virus when millions of undocumented essential workers are left out. Providing [a fast-track to citizenship] is the only way we’ll be able to tackle the pandemic.’

“It’s not that we are not going to deal with other undocumented immigrants,” Padilla said on the call with reporters. “Because of the urgency of COVID relief, it’s better to act sooner rather than later.”

Padilla invoked the immigration experience of his own parents, who came to California from Mexico in the 60s. They never had a formal education, he said, and never had a day off—his dad worked as a cook and his mom cleaned houses.

“But they told us that if we work hard and do well in school, we can do what we want to be. That’s the American Dream,” he added. “After four years of [Trump’s] constant attack on immigrant communities, the Biden-Harris administration will help us turn the tides. I hope the Congress and our nation will recognize that these [undocumented essential] immigrants stepped up when the U.S. needed the most and put themselves in danger during this deadly pandemic.”

“I’m very excited when I heard about this great news,” Lapuz said in Jersey City, NJ. “But I can’t help worrying that they are sending another false hope. I have been through this before.”

“My family has been waiting for this moment. We risk our lives and help this country to survive the pandemic,” Ramirez said. “We should not be left in the dark anymore. My children were all born here—this is our home.” 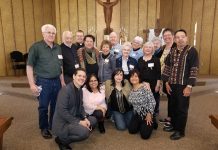 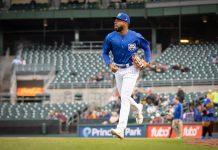 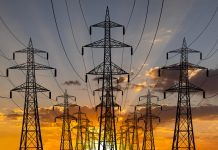