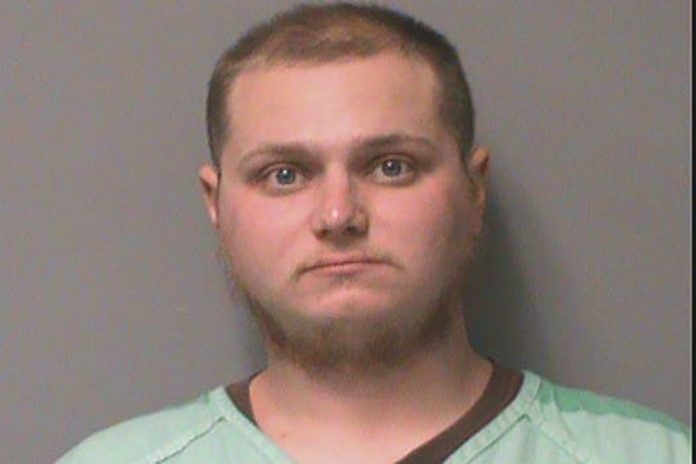 Last month in a tense confrontation during a rally in support of President Trump near the Iowa Capitol in Des Moines McKinney, 25, fired a gun into a car with four Black teenagers wounding a 15-year-old girl. McKinney was heavily armed and had body armor. He claimed he fired a shot in self-defense.

McKinney is a resident of St. Charles, Iowa. It has been revealed that he has been posting support for the far-right Proud Boys and against Black Lives Matter on Facebook.

When state police released a statement detailing McKinney’s arrest, they did not mention the Trump rally and the race of the involved parties. Also, the city police spokesman stated that the shooting was traffic related. The review by the Associated Press showed that the shooting was actually an aggressive political clash between white Trump supporters and four Black teenage girls 16 and under.

Trump supporters surrounded the car with the teen girls inside and the driver put the car in reverse and hit the pickup truck. It is not clear whether the driver did this on purpose. McKinney claimed that at that point he fired in self-defense.

According to court documents it does not appear that McKinney was part of the crowd of rallygoers. Video obtained from a bystander shows McKinney approaching the car and taking his gun out from his waistband and taking a shot at the car from 15 feet away. It also appeared that McKinney tried to cover up his crime by putting the spent shell casing in the truck. He did not come forward as the shooter and only after others identified him as the shooter that he admitted that it was him who fired the shot.

After the shot fired and hit the girl in the leg, the car sped off to take her to the hospital. The teen driver’s mother said her daughter feels traumatized, but also that the girls made a bad choice to confront the rallygoers. The mother added she has not heard from police and she fears for her family’s safety.

Trump supporters argued that charges against McKinney are not right because he was only protecting the rallygoers. An Iowa Department of Public Safety employee was one of the organizers of the rally and fundraised for McKinney’s defense.

McKinney left the National Guard in 2017 after a five-year military career. If convicted he will face 25 years in prison. Last month a judge denied a request to reduce a $500,000 bond and McKinney remains in jail.