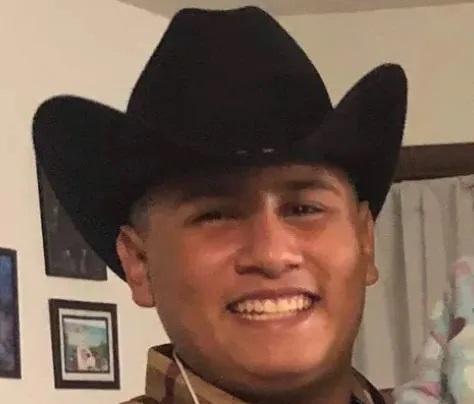 Jose David Lopez-Perez was always the loudest in the room.

“You always knew he was there,” his family wrote in the 15-year-old’s obituary, where he is remembered as “larger than life.”

He had the biggest heart, Lopez-Perez’s obituary says, and he lived his life laughing and smiling.

“He loved his friends, and even if he didn’t have it or have enough, he would give his last to the people he loved,” his family wrote. “He was such a good brother, his brothers were his best friends and they were his.”

Lopez-Perez was killed in what police say is a targeted drive-by shooting outside of Des Moines’ East High School on March 7. Two East High students were caught in the gunfire and remain hospitalized. Police have since arrested six local teenagers and charged them each with first-degree murder and two counts of attempted murder.

In the days following the shooting, the East High community and Des Moines’ Latino community have come together to mourn the families impacted and to speak out against violence.

‘He was always getting up to dance’

Like many teenagers, Lopez-Perez played video games, collected “Fast and Furious” cars, and would fall asleep to his girlfriend’s voice on the phone, his obituary reads.

And Lopez-Perez was silly. He loved to dance.

“He always had the idea to have movie nights, but he could never sit still long enough to watch the movie all the way through because he was always getting up to dance,” his family wrote.

Following his grandfather’s footsteps, Lopez-Perez was supposed to visit Mexico this summer to learn how to weld, his family wrote. It was his dream.

Lopez-Perez is preceded in death by his grandmother, Maricruz Cortes Palache.