If there is a problem to be solved, leave it to Sam Sanchez to do it. This is what his upbringing taught him to do. Although born in the United States, Sanchez was raised in Sabinas Hidalgo in the state of Nuevo Leon, Mexico. There, he lived what he calls the “reverse Dream Act.” That’s because he had to work around a system that didn’t quite accept his status and paperwork from this side of the border to enroll in school and other activities. In time, it got easier, he says. In a personal interview with Hola America News, Sam shared a little about his life, his passion and the work he is doing to afford new opportunities for hardworking people.

If there is anyone who knows about hard work, it’s Samuel Sanchez. He is the CEO of Samco Enterprises, Inc., which runs the popular establishments Moe’s Cantina, John Barleycorn, Old Crow Smokehouse, Tunnel and Banko Cantina. These locales offer a great atmosphere to customers and have quickly become some of the most popular places to dine and hold events, some of which are charitable events hosted by Sam himself. This year, Mr. Sanchez was named “Restaurateur of the Year” by the Illinois Restaurant Association, an award given to a restaurant owner or manager that shows originality, quality, and service to customers. He is also the Corporate Secretary of the Illinois Restaurant Association and Chief Executive Officer for EMC Construction, a full-service construction company that also offers job skill training and employment opportunities to the community.

Even though he already has a full plate of responsibilities, Sam makes time to give back to others. One way is through volunteering his time to speak and inspire youth. When asked who inspires him, he immediately answered it was his grandfather, Anastasio Sanchez Villareal. He was the mayor of a small town in Mexico. At age twelve, Sam was his chauffer. They would visit communities and schools and help people. He recalls that his grandfather was a great leader albeit with a strong hand. People respected him. When asked if he would perhaps consider politics on day, Sam says no. He is more concerned with facilitating different processes for immigrants and opening up new opportunities for young people.

Sam and his wife have three daughters and he indicates how important it is for him to leave a legacy of good work behind, something they could be proud of. And he is doing it in more ways than one. As a member of the Illinois Restaurateurs Association, he forms part of a committee that has worked diligently for over a year to change policy related to the Illinois Temporary Visitor Driver’s License program (TVDL).

Formerly, applicants were required to apply online or over the phone for the initial step of the process—to make an appointment, which was scheduled for months into the future and usually at a Secretary of State location miles outside of the city (a sort of catch-22 for those without a drivers license). He has successfully lobbied for the “no appointment policy,” which will take effect on July 1, 2016. Applicants will no longer be required to make an appointment. Rather, they can walk right in just like everyone else. If for some reason, they do not have all the paperwork required, they can come back that same day. Sam states how important his work has been with the Mexican Consulate in Chicago in that the office is facilitating the issuance of important documents needed such as a birth certificate.

He is also working with trade schools to come up with ideas for students in high school to enroll in this type of post-secondary education in order to secure a good-paying job. This, he believes can make all the difference in a young person’s life.  “These young adults are getting out of school without a plan or possibility of enrolling in college. There are plumbers and electricians making really good money doing what they do,” he shares.

Sam Sanchez enjoys his success, but what sets him apart from his peers is that he finds greater joy in seeing others succeed along with him. That is evident in all he does for his family, employees and his community. 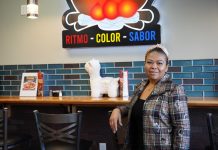 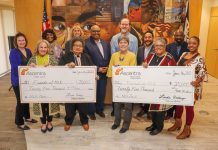