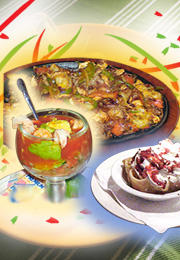 If for Cinco de Mayo you celebrate by eating authentic Mexican food in a festive environment, then take a trip up Brady Street in Davenport and just look to your right at Walnut Center and you will be able to see what Azteca 1 has to offer.  You will see a parking full of people enjoying some of the best Mexican food in all of Iowa getting down to live music.  From the moment you get there the owners and staff will treat you as one of their “amigos”.  Brothers Gustavo and Alvaro Villalpando own and operate the original Azteca 1 and personally make sure that their amigos have a great time in their establishment.
“Everybody just very happy,” is how Gustavo describes those who have attended their annual Cinco de Mayo celebration.
This year they are featuring a jam band instead of the usual mariachi bands that they normally book. But like usual, Gustavo will be around with a token of appreciation for those who come that day and wish to drink something Mexican.

“After they are done eating, I go around and offer them a shot of straight Patron, Don Julio, Cabo Wabo,” Gustavo says.
Some of the finest tequilas is what Gustavo offers to complement the fine service his establishment is known for.
This outside event happens only once a year and has been a tremendous success for Azteca I.  The musical group will play from 6 p.m. to 10 p.m. and there will be plenty of places to eat their food outside.  So if you are in Iowa on Saturday, May 5th or Cinco de Mayo and your plans include, authentic Mexican food, live music, and possibly shots of tequila, then just take that drive up Brady Street and meet up with your amigos at Azteca.

This year on Cinco de Mayo, millions of boxing fans will witness one of the most anticipated bouts in years.  Six-division world champion Oscar De La Hoya faces his toughest opponent to date, the unbeaten four-division champion Floyd Mayweather Jr.  Now if you were not able to get tickets that ranged anywhere from $500 to the $2,000 ringside tickets and sold out within three hours, well I guess you’re going to have to find a place to enjoy this highly anticipated battle.
For many Quad City boxing fans Cinco de Mayo means watching this spectacle of a fight with your buddies in an authentic environment that loves to root for Mexican warriors like Oscar De La Hoya.  For them, Los Cuates Sports Bar in East Moline is the place to be when the bell rings.
“It’s loud and people are applauding,” says Ignacio “Nacho” Gonzalez, who owns and operates Los Cuates.  That is how he describes Los Cuates whenever he features Pay-Per-View boxing matches with Mexican boxers headlining the event. “It’s almost like you are watching it there, live.  They are very much into the fight and it gets really loud.” But according to Nacho, the real reason that this sports bar is different than the numerous other loud sports bars is that when celebrating Cinco de Mayo, Los Cuates is authentic.
“You’ll hear authentic music and we have authentic beer and drinks,” says Nacho.
Los Cuates stocks over 15 different tequilas and their Mexican beer selection will have you thinking you are inside a cantina south of the border.  You will find Mexican beers like Modelo, Sol, Pacifico, and others that “a lot of bars just don’t carry.”  You will also find more ladies watching this fight than usual, because the “Golden Boy” De La Hoya tends to have a very loyal female following. According to Nacho some ladies have already stated that they will be there to watch their “boyfriend” fight.
But when De La Hoya makes his usual entrance with a full Mariachi band, the “Viva Mexico!” yells and cheers will remind you that this is no ordinary sports bar celebrating a drinking holiday.  This is authentic, this is Los Cuates. “When they come out with Mariachi, you hear everyone screaming and it hypes people up, I get exited as well,” says Nacho.  “It makes you proud of your heritage and proud to be Mexican.” The action begins at 8 p.m. with the main event bout usually starting between 10 p.m. and 10:30 p.m.  After the fight Los Cuates features Mexican music from DJ Guerrero until 2:30 a.m.  To find out more about the fights please call (309) 755-5393.

#3 If you'll be staying home, make a small get-together with close friends and family, try the following recipes for enchiladas verdes (enchiladas with green sauce) and guacamole (avocado dip) provided by Imelda Crinklaw, a Casa Guanajuato board member from Moline:
Advertisements


Sour cream
In a blender, mix green sauce, 1/4 of the onion (chopped) and garlic. Once blended, pour the sauce into a small pan and place over medium heat until boiling. Turn down the heat and let the sauce simmer for 10 minutes; salt to taste.
While the sauce cooks, put the oil in a 12-inch skillet and lightly fry tortillas. Do not fry until hard. Place fried tortillas on a plate lined with paper towels to soak up excess oil.
Fill fried tortillas with pulled chicken and fold them in half. Place 3 tortillas on a plate and pour green sauce over them. Garnish with slices of onion, cilantro, Queso Fresco and sour cream. Serve with white rice on the side, if desired.


Guacamole
1 onion
3 red tomatoes
1/2 bunch cilantro
2 ripe avocados
1 teaspoon olive oil
1 teaspoon lemon juice
Salt and pepper to taste
Chop onion, tomatoes and cilantro and mix together in a plastic bowl.
Cut the avocados into small squares and mix in. Add olive oil, lemon juice, salt and pepper, and mix. Serve with chips and hot sauce.
*Cook's note: Place the avocado pit in the guacamole so that the avocado flesh will not turn black. 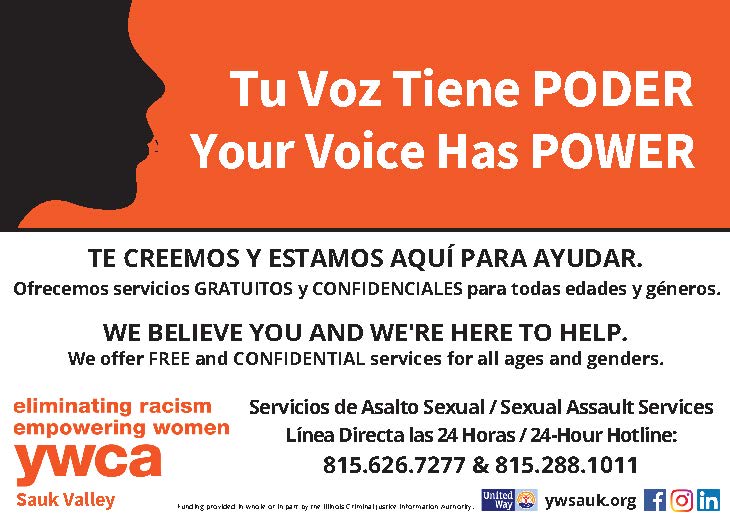 You can celebrate the Mexican holiday of Cinco de Mayo Saturday with delicious, authentic Mexican fare at home or out with your friends. If you want to get out, hit Bass Street Landing for a Cinco de Mayo Fiesta from 2 to 10 p.m. Viva Quad Cities and Casa Guanajuato are partnering for the event at 1602 River Drive, Moline. Admission is $3, free for children 12 and younger.
There will be crafts, music and — of course — food. Casa Guanajuato volunteers roasted whole hogs to make carnitas — slow-roasted, pulled pork — for the savory carnitas tacos that will be sold at the event, organizers said.

For Event #5, which takes place two weeks after Cinco de Mayo, or should we say, “Chingo de Mayo”, read the “In 2004 it Was Chingo de Mayo, in 2007 its Chingo de Junio” article for more details on Chingo Blings first performance in the Quad Cities.