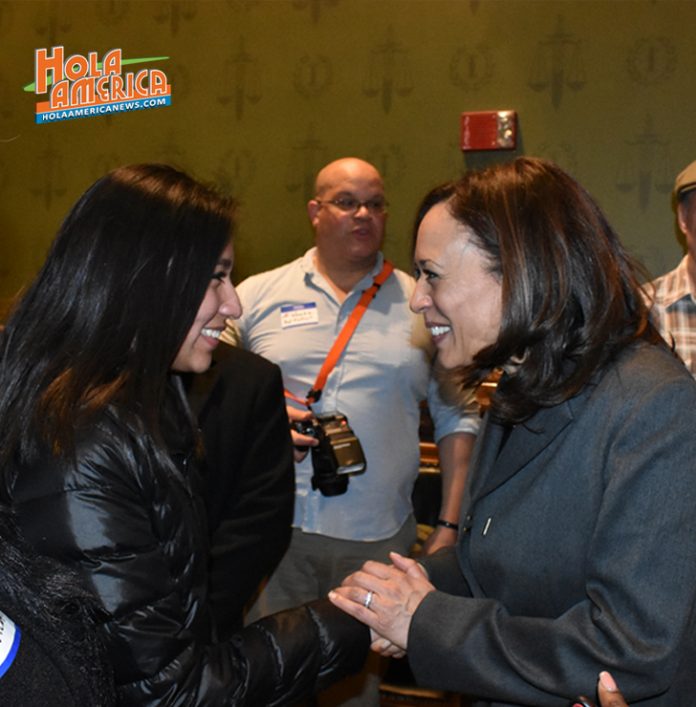 We are living through a historical moment that will be remembered by many and recorded in the history books. Today for the first time in American history a woman, a woman of color, was sworn-in as Vice President of the United States. And Justice Sotomayor, the first Latina in the Supreme Court, administered the vice presidential oath to Kamala Harris.

The Vice President of the United States served as Attorney General of California from 2011 to 2017 and from 2017 until recently she was a United States Senator from California. She is celebrated as the first African American and Asian American vice president. Harris’ mother was from Tamil Nadu, India and she was a biologist whose work advanced breast cancer research. Harris’ father is from British Jamaica and he is a Stanford University professor emeritus of economics.

All over the United States girls and women are excited to see a woman of color as Vice President of the United States. Hola America asked some Latina women in the community what this achievement of Kamala Harris means to them personally.  Here are some of their thoughts and comments. 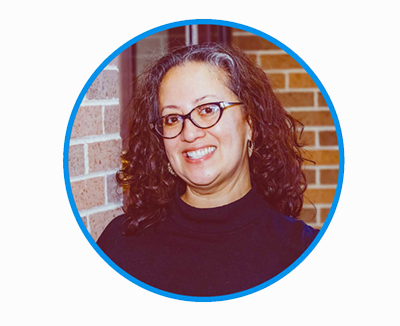 I have reached a point in my life where I have begun to reflect back on the past and my journey. I am the first generation of my family to be born in the U.S., the daughter of Mexican immigrants. I struggled and stumbled as a first generation student to graduate from college as well as graduate school. My career as a middle school teacher has gifted me the opportunity to guide young people, many of whom share my story as children of immigrants. My son and daughter grew up during the historical time in the U.S. of an African American man as our president. This year my daughter turned 18 and cast her vote in the November elections. She was by my side this summer as we both completed training to become voter registrars and as we worked to register as many new voters as possible in Rock Island County. She and I will now share in another historical moment in our country’s history: the swearing in of the first female U.S. Vice President. This alone is historical in itself, but there is another layer to be noted and celebrated. Kamala Harris is also a brown skinned woman, like my daughter, and the daughter of immigrants, like me! We will take time on Wednesday to watch the swearing in ceremony and take in the incredible moment in history. And afterwards my daughter and I will roll up our sleeves and continue to work towards giving back to our community and our country as we have done so for years. This is our home and we want to see it prosper for all. 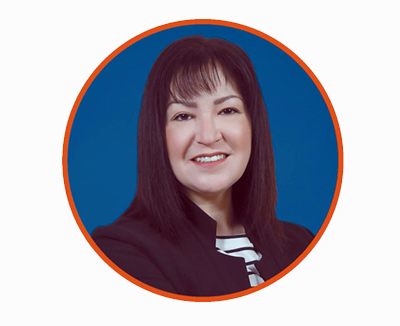 For so many of us women of color watching Kamala Harris become inaugurated as our Vice-President this week gives us a feeling of not just hope, but of belonging. It shows us that this country is truly for all.

Young children—girls, boys, any person of color—will see that there is nothing stopping us from breaking past barriers and ceilings of the past. We have a seat at the table and a voice that commands respect.

There are hundreds and thousands that paved the way for this to happen. And, it brings me such immense pride and excitement for the years and generations to come. We all know for certain that we belong here, not just to live and work, but to lead. A future of unlimited possibilities. 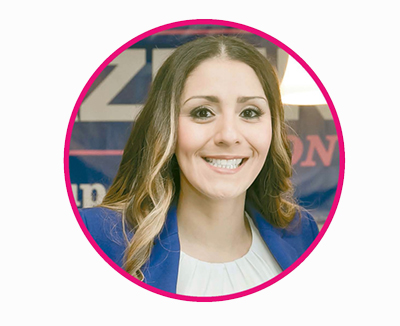 Attorney and President of LULAC Davenport

January 20, 2021.  Do you hear that?  That’s the sound of glass shattering as Kamala Harris breaks through that proverbial glass ceiling and provides women all over America a renewed sense of hope and promise for our future.   Her victory is one for all women to celebrate, especially women of color and immigrants.

As a mother and woman of color, this historic inauguration is personal.  I am overwhelmed with joy and feel optimistic about the future by witnessing another barrier collapse and obstacle overcome.  Kamala’s historic victory represents the strength, determination, and perseverance of all women.  Her story is one that reveals the direction of history is bending towards equality and justice.   My daughter, and little girls all over our country, can now see themselves in the White House and in the words of Kamala, “see what can be, unburdened by what has been.” 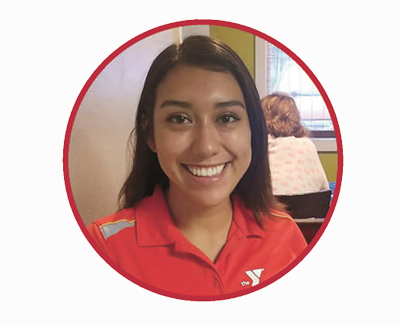 Women of color have been historically excluded from politics and society since the founding of our country.

As a daughter of immigrants myself who identifies as chicana & mestizo I understand the fight Kamala Harris had to be in spaces that were not created for people like us. Growing up I didn’t see a woman who looked like me in history textbooks, I always said to myself “I’m going to be the first”. Now in my young adult years, I get to witness a trailblazer who is inspiring girls from a young age they can be leaders.

Kamala Harris being elected as Vice President of the United States means black, brown, immigrant, female communities are being represented. It gives us a seat at the table, it gives us a voice, a voice that will be heard for the underserved. 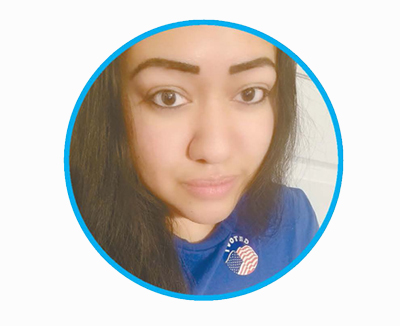 Kamala Harris becoming VP in the U.S gives hope and aspiration to every young woman of color that they too can be someone in a nation that is overpowered by white middle-aged men in politics. Finally we have somebody that looks like us, that went through the same hardships as us, and that understands us. She doesn’t just know a person that went through what we went through as young women of color, she lived it. Her decisions in government will reflect who she is and she is us.