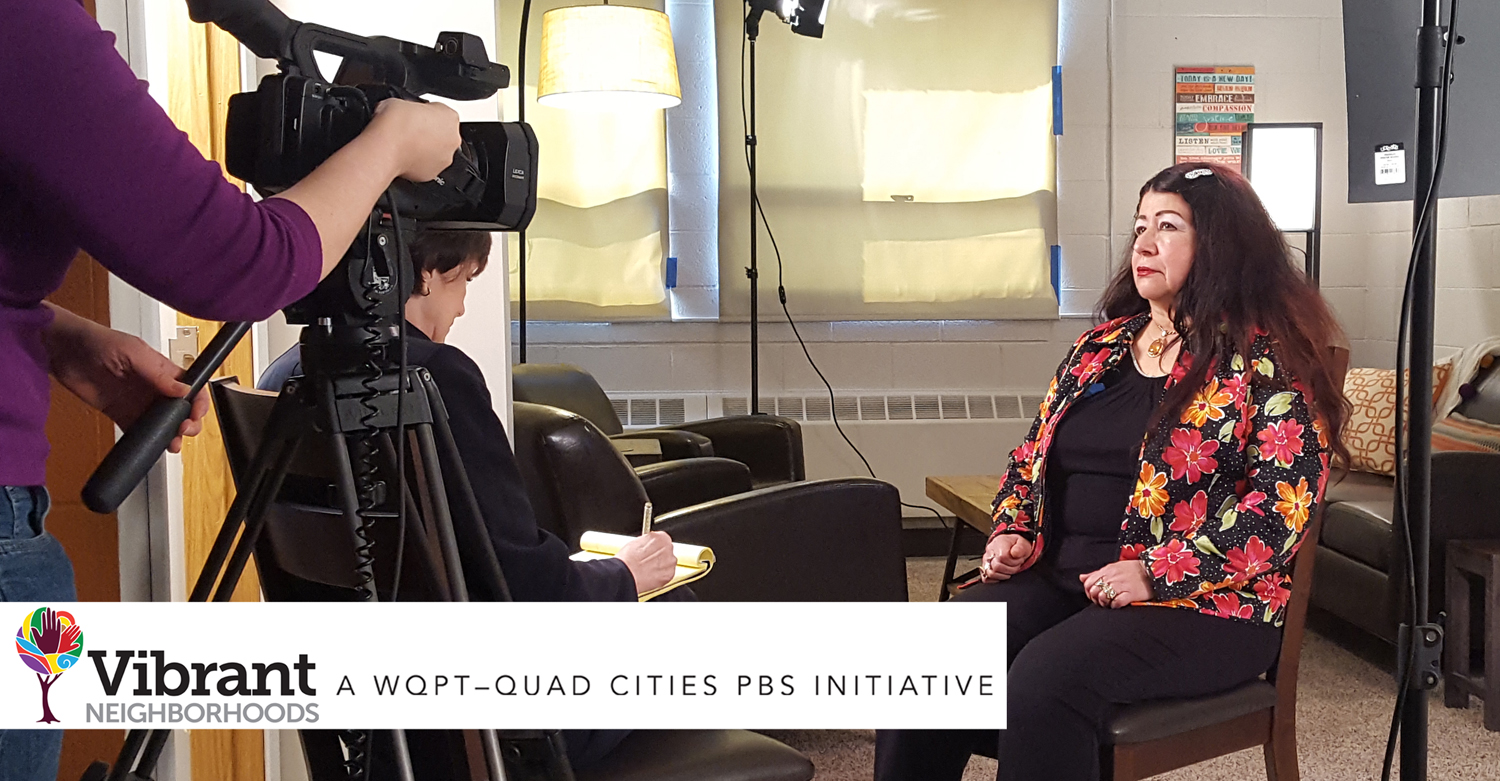 The Project Vibrant Neighborhoods Floreciente by WQPT is a project that offers the neighbors from Floreciente and additional voice to showcase their pride in their place of residence and at the same time gives them opportunity to share what this neighborhood means to them.

“Now a heavily Hispanic neighborhood, Floreciente (which means “blooming” in Spanish) is still a gateway for many people from different backgrounds setting roots in the Quad Cities, and it’s one of the most culturally rich neighborhoods in the area,” said Tar Macias, the Project coordinator for WQPT.

The first element of the project is the community screenings and discussions. The second element of the project is a series of interviews on video with current and past Floreciente residents and stakeholders. WQPT will be creating a series of Vignettes that will be broadcast on WQPT and made available through WQPT and Hola America News social media. The Vignettes will be broadcasted later this spring and throughout the year.

Miguel Rosas a local entrepreneur was one of the people on the first group of interviews about the business community of Floreciente for the Vibrant Neighborhoods Vignettes.

“I started my business in 2007. I picked the neighborhood because there are a lot of Hispanic people in the neighborhood,” he said about his decision to pick the Floreciente to start his business. “I know Spanish, and I’m a barber and that was something that the neighborhood needed and I figured it would a perfect location”

Another person that participated in the interviews was Carmen Fuentes proprietor of Carmen’s Jewerly on 4th Avenue.

“I’ve had my business here in the Floreciente neighborhood for about 24 years. I was selling jewelry door by door for 5 years then I got the idea to open up my own business,” she shared.

Actually, Carmen Fuentes has a great story that talks of overcoming difficulties and reflects the resiliency that makes the people of Floreciente special.  Look for her vignette where she shares that story soon available on WQPT.

As for the screenings, the first screening event was held on February 25 at the Esperanza Center. Over 70 people participated in this event.

The film, a part of the documentary series Independent Lens from PBS, was called “Skipping Up,” which follows a group of eighth grade students in San Antonio as they finish their year in the Middle School Partners Program, a successful dropout-prevention project that has generated national interest as a model for schools with significant Latino populations.

Many issues discussed in this film were similar to the ones that children from Floreciente face. Participants in this event had a passionate discussion that led to identifying the specific problems and coming up with ideas for solutions.

As a result of this event, many participants of the first screening left with a desire to get more involved in their community. They also expressed the need for more events similar to this one.

The first event was a success. Those who wish to participate in the next screening similar to the first one, please come and join the discussion on Thursday May 4 at the Moline Public Library at 6PM. The topic of discussion will be Civic Engagement. Before the discussion, there will be a 17 minute excerpt from the film “Willie Velasquez Your Vote is your Voice.”

After the film the plans are to discuss how the Latino community can get more involved in the political process. Pizza and refreshments will be provided free of charge.

“What we hope to achieve through this program is to provide a wider visibility of the Floreciente neighborhood to the Greater Quad City area, help facilitate community change, and to help tell their story,” Mary Pruess, WQPT General Manager, said.