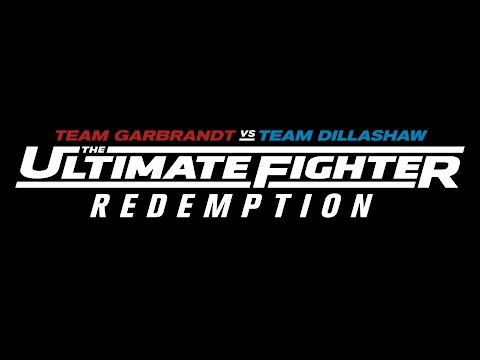 The current UFC bantamweight champion’s nickname, No Love, will definitely be lived up to this season of The Ultimate Fighter: Redemption which debuts tonight on Fox Sports 1. In its 25th season, the mixed martial arts tournament-reality show will feature Cody “No Love” Garbrandt and TJ Dillashaw who will serve as the two coaches for the season and will also face off for the bantamweight title in July in the main event of the season finale.

And this season is unique in the fact that unlike the other seasons where new and upcoming fighters were the contestants vying for a UFC contract, everyone on the roster has previously been on a former season of TUF. Ramsey Najim and Joe Stevenson are two of the most notable names on the list this season and interestingly enough James Krause, who is currently on the UFC roster, is also on the show and has said in some statements that he is back because he didn’t win the last time he was on and would like to this season.

The show will conclude at the TUF 25 Finale on Friday, July 7th at the T-Mobile Arena in Las Vegas. The winner of the show will win a UFC contract and also a $250,000 prize.