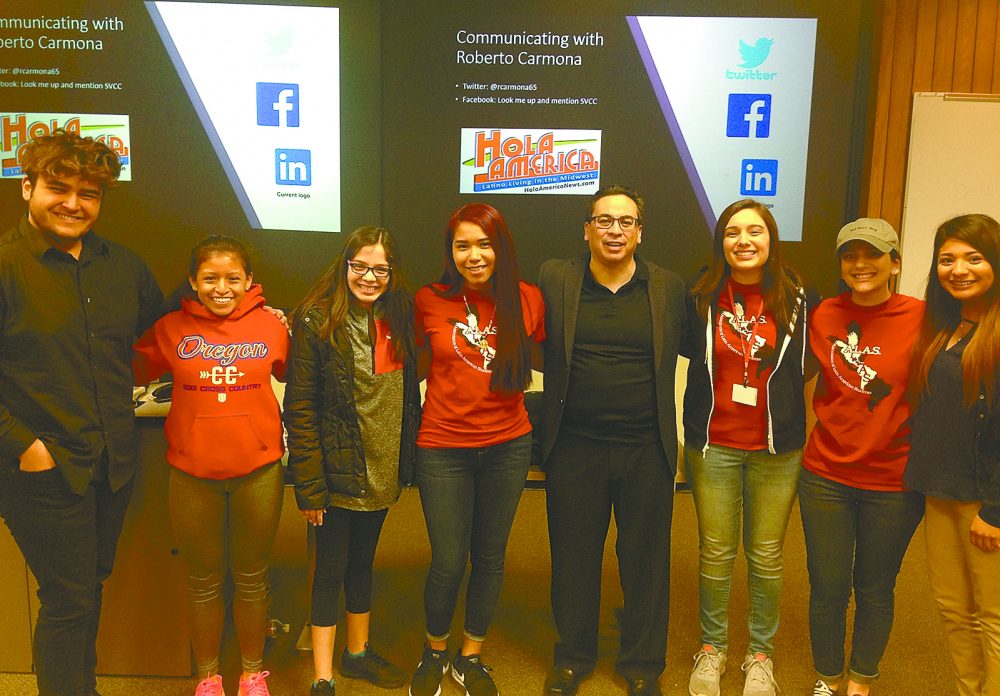 On March 19th I gave a presentation at Sauk Valley Community College (SVCC). I wrote this for those interested in learning tips on public speaking, and presentations to get a point across on an important issue. I commend the high school students today who are speaking out across the country regarding gun violence.

The first presentation I ever gave was at a school board meeting in the summer after my freshman year.  I was fifteen and I was starting to get “woke” on issues such as racism, discrimination against Mexican-Americans, after a high school counselor told me I was not college material. That day I self-identified as a Chicano (a “woke” Mexican-American).

That year, right before school ended for the summer, there was the annual Cinco de Mayo festival. In past festivals, the Mexican-American students were allowed one activity, which was to do folkloric dancing, smile, bow and shut up, when the dance was completed.

In the Spring of 1980, I got together with other woke Mexicans and we were intent on changing the Festival and other things. We had an inside person in the school district office. Our mole provided us with data on the high school’s poor performance regarding Mexican-American attendance in college, after high school.

Along with the data, we collected stories from other Mexican American students, about advice from some their teachers and counselors, that college was not a realistic option.

We took these stories and we wrote a play called “Silver City Illinois” about the history of Mexican-Americans, with an emphasis on their educational experience in Sterling. We wrote and performed original songs and developed the Silver City script mainly from the student stories we collected.

The play made an impact. The reactions included laughter, sadness and angry school administrators and parents.

Soon after the play, some of the angry administrators and teachers called the parents of the students who participated in the Silver City play and threatened us with expulsion, detention and other punishments. Instead of scaring us, we used these negative reactions to organize parents, students and community leaders to attend school board meetings, so the board leaders could explain the poor performance identified in the data we had, regarding Mexican-Americans and higher education.

Most impactful for me is that I was chosen to testify and summarize the key points from the stories at the first board meeting. I practiced my speech for a week straight, so I could I present it by memory. It was a life changing moment for me.

Over that summer of meetings, our efforts brought upon a budget item to hire an academic counselor at the high school focused on increasing the number of college applications of Mexican-American students.

As I look back on my first experience in public speaking, I learned to fight fear and realized the power of public speaking. Those lessons serve me to this day. I identified ten elements and tips that I use in preparing for presentations. They are the following:

In my speech I just gave at SVCC, I hope I made a difference in one student’s life and they understand the power of self-expression through public speaking and performance. We need more voices to be heard, especially the next generation of leaders.