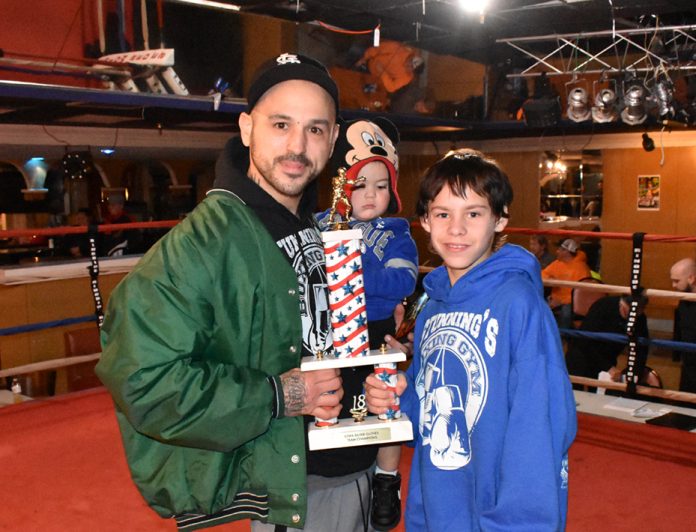 Davenport boxer “Stunning” Stephen Edwards had waited nearly an hour in line to vote when a poll worker, unable to confirm Edwards’ ability to vote in that precinct, directed him to another precinct. A poll worker at the second precinct informed Edwards that he could not vote because of a felony conviction. Edwards said he felt humiliated because other people around him heard that bad news.

Edwards, who is Catholic, completed drug court nearly seven years ago, has a good job at G and R Integration Services in Walcott and operates Stunning’s Boxing Club in Davenport. He thought that after paying his debt to society and being a productive citizen, he should be eligible to vote. After all, he had passed the background checks to serve as a boxing coach! “That was a bummer,” he said, of his rejection as a voter last fall in Davenport.

Persons convicted of a felony in Iowa may petition the governor to restore their voting rights on completion of their sentences, any required probation, parole or supervised release, and after paying court costs, fees and restitution. That can be a daunting process and financially unfeasible for many. Edwards did all of that, working steadily at G and R to pay off his court-related financial obligations. 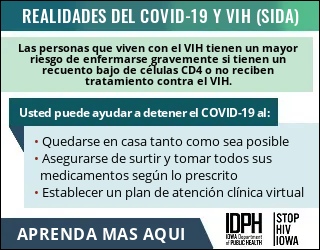 Iowa remains the only state in the nation that, by law, “permanently strips people with a felony conviction of their right to vote,” according to Tom Chapman, executive director of the Iowa Catholic Conference (ICC). He said the governor could return the right to vote with an executive order.

Iowa Governor Kim Reynolds has chosen a different route to restore voting rights, through a constitutional amendment. Last year, she asked the Iowa Legislature to initiate the process that would amend the state constitution to grant voting rights to persons convicted of a felony who have served their sentences.

“She’s a big believer in redemption and second chances and believes Iowans are as well and a constitutional amendment would allow Iowans to weigh in on this, too,” said Pat Garrett, Gov. Reynold’s communications director.

House Joint Resolution HJR 14, which would enable people who have committed felonies to vote once they have completed their sentence, passed the Iowa House last year by a 95-2 vote. The ICC encourages the Iowa Senate to pass the bill.

However, a wrinkle has developed. A bill to define “completion of sentence” (SF 2348) recently passed the Senate Judiciary Committee, according to Chapman. He thinks it is possible that the Senate will not vote on the constitutional amendment until the House passes the completion of sentence bill. That bill would require payment of all restitution to victims before persons convicted of a felony receive restoration of voting rights.

“The payment of restitution is just; however, rich people coming out of prison would get the right to vote back sooner than poor people,” Chapman said. “The ICC would like to see a bill with fewer obstacles to voting to move forward.” The ICC is the official public policy voice of Iowa’s bishops.

“The Church believes in redemption,” Bishop Thomas Zinkula said. “We have respect for the dignity of each and every human life. Once felons have paid their debt to society, they should have the same rights as everyone else. They should not be required to wear a ‘scarlet letter.’ As someone once said, ‘Each of us is better than the worst thing we have ever done.’ The sticky question for the legislature is what constitutes restitution. If felons can’t vote until their entire monetary restitution has been paid, many of them would never be able to vote, because the amount is so large,” the bishop said.

Bishop Zinkula and Chapman encourage Iowans to contact their member of the Iowa Senate to support House Joint Resolution 14. Catholic Social Teaching holds that both victims and offenders have a God-given dignity that calls for justice and restoration, not just punishment. “In our view, returning the right to vote promotes the civic engagement of those re-entering the community. It is a measure of mercy, dignity and justice,” Chapman said. 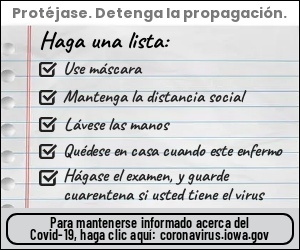 Restoration of his voting rights would make Edwards “feel like a U.S. citizen instead of a felon,” he said. Others will “see my hard work that I’ve done … they’ll recognize how I’ve changed my life, that I keep working at my job and paying taxes.” He started his boxing club to provide youths like himself with an outlet that keeps them away from crime. 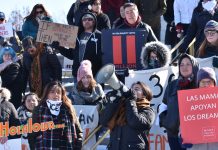