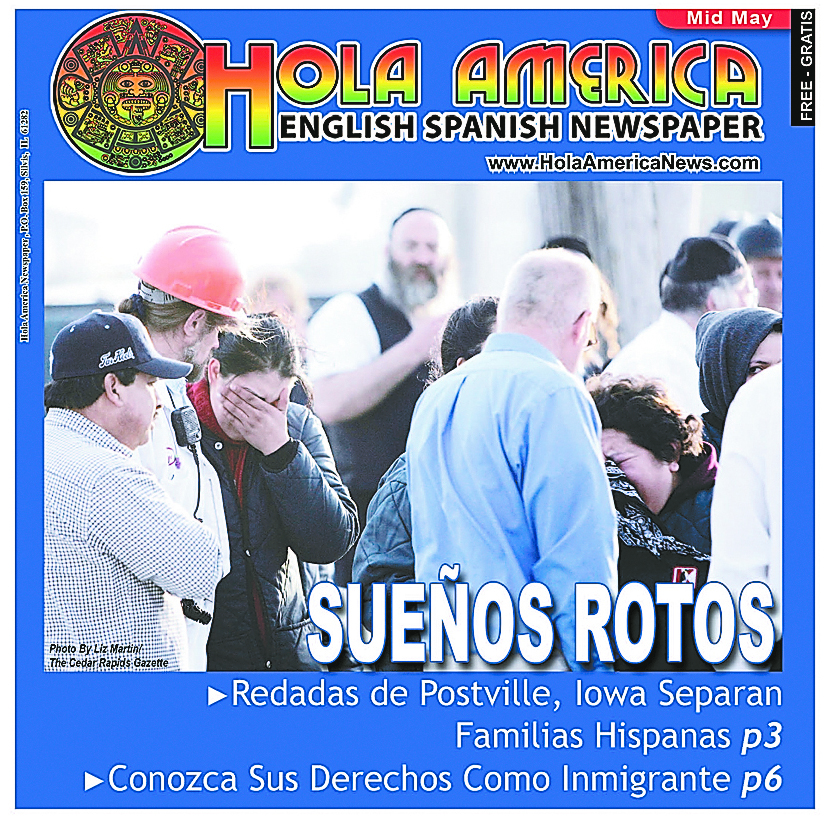 Public Invited to Remember and Recommit to Significant Action

POSTVILLE, Iowa – On Friday, May 11, 2018, the tenth anniversary of the Postville, Iowa, Immigration Raid will be observed in Postville.  It will be a time to remember the 389 persons arrested on May 12, 2008, to recognize this defining moment as a Summons to challenge current anti-immigrant rhetoric and behaviors and to unite in demanding just, humane, and comprehensive immigration reform.

Planning for the Postville event is taking on new urgency with the April 5, 2018, immigration raid at a meat packing plant in rural Morristown, Tennessee which culminated in the detention of 97 people.

Recognizing a decade of such raids, planners at Postville will begin with a 10:00 a.m. Interfaith Prayer Service at St. Bridget Catholic Church, where frightened family members and immigrants gathered and stayed in the immediate aftermath of the 2008 raid.  Interfaith participation will include persons directly affected by the raid, church and community representatives who ministered to them, lawyers who witnessed the injustice, and other supporters.

At 11:30 a.m., participants will hold a rally at Meyer Park – close to the site of the Postville raid.  Speakers from the immigrant, legal, and faith communities will call for renewed resolve to seek comprehensive, just solutions to the longstanding impasse.  An original trumpet fanfare that may be heard as far away as Morristown, Tennessee, will musically proclaim the theme of the observance.

What was recognized a decade ago as the largest single-site raid in U.S. history proved to be devastating to countless individuals and families, and disruptive to rural communities and the local economy. In a single day in 2008 Postville lost a significant segment of its population and hundreds of families were torn apart.  Today Southeastern Provision in Tennessee takes its place alongside Agriprocessors and similar sites where laborers continue to be apprehended, handcuffed and bused away for mass deportation. Little has changed since 2008.

Commemoration planners see the May 11 event as a “call to demonstrate bold resolve by championing the rights of immigrants, respecting and defending their inherent dignity, and by welcoming them and their many contributions to our neighborhoods, towns and to our society. “

Persons wishing to support this event financially may do so online at https://trinitycluster.weshareonline.org/ws/opportunities/SUMMONS10THANNIVERSARYOFTHEPOSTVILLEIMMIGRATIONRAID