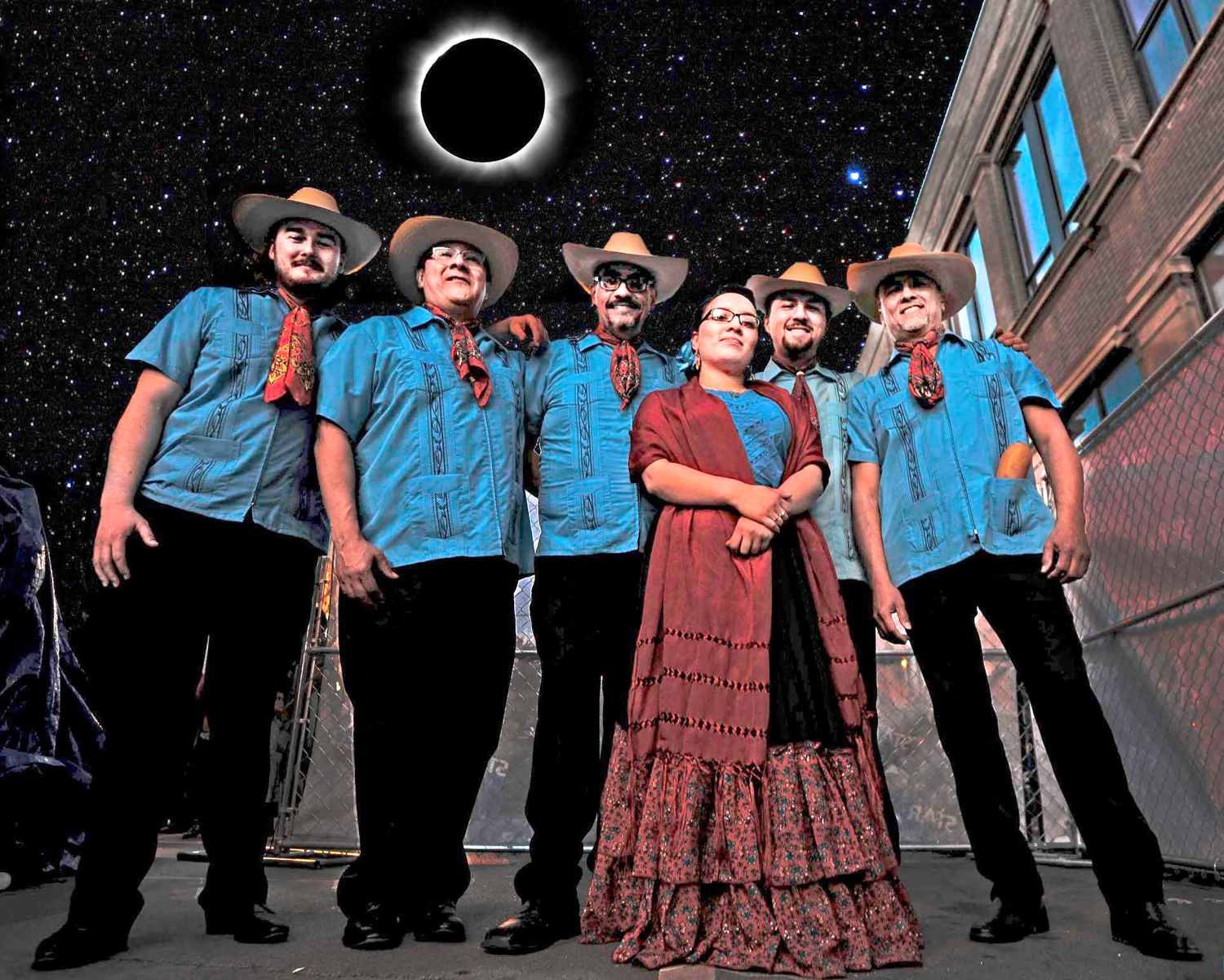 Sones de México Ensemble, the multiple GRAMMY nominated Mexican folk music group, will bring their music and programs to the Quad Cities on Friday, October 13 and Saturday, October 14. The six-member band will perform a free Friday night concert at the Mercado on Fifth, 1122 4th Avenue in Moline, beginning at 7PM. The open-air, multicultural market features 30-plus food and crafts vendors and runs every Friday from 5 PM to 9 PM in the Floreciente neighborhood on 5th Avenue between 11th and 12th Streets.

On Saturday, Sones de México co-founder, executive director and ethnomusicologist Juan Díes will bring Beyond the Music, A Musical Geography of Mexico to the Boys and Girls Club of the Mississippi Valley, 338 6th Street at 12 noon. The free hour-long program, which is supported in part by a grant from the National Endowment of the Arts, explores the diverse regions and cultures of Mexico through the traditional music created and performed by the people who live there.

About Mercado on Fifth: Mercado on Fifth is an outdoor night market in Moline where you can enjoy a bite to eat from QC food trucks and free live music and entertainment while shopping from small local businesses. It is a family friendly space with many activities for kids, including face painting and bounce houses.

About Sones de México Ensemble: The group is Chicago’s premier folk music organization specializing in Mexican ‘son,’ a genre encompassing the roots of mariachi music and other regional styles, including huapango, gustos, chilenas, son jarocho, and more. The ensemble was formed in 1994 and soon incorporated as a non-profit organization to keep the tradition of Mexican ‘son’ alive in its many regional forms. As a performer and recording artist, they have developed and popularized many original arrangements of Mexican traditional tunes. Its original work has experimented cross-culturally with symphonic, Irish, folk, blues, C&W, jazz and rock, though never abandoning its roots in Mexican son.

The organization is a 501(c)(3) not-for-profit organization with a commitment to teaching. The mission of Sones de México Ensemble is to promote greater appreciation of Mexican folk and traditional music and culture through innovative performance, education, and dissemination.