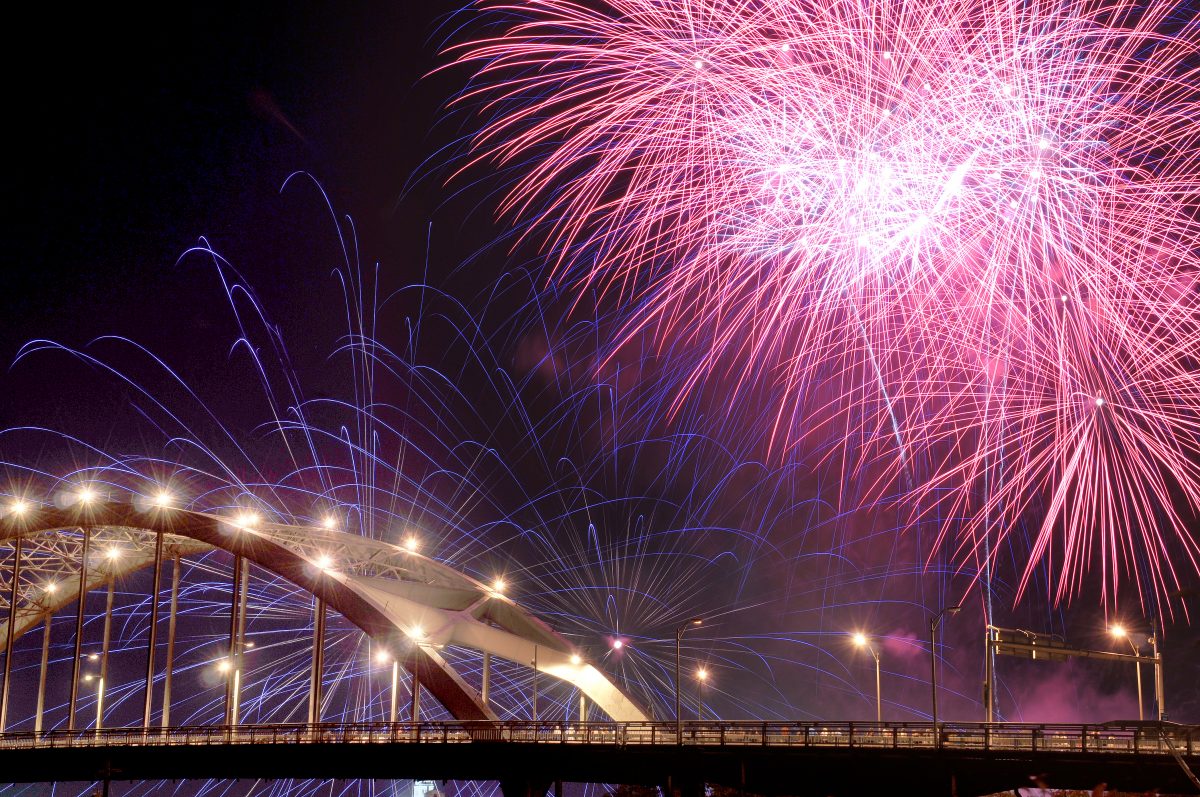 (Quad Cities) – 2018’s Red White and Boom is sure to be a memorable one. On July 3, the Independence Day celebration will bring one of the Midwest’s largest fireworks displays to the Quad Cities, along with live music and a variety of other activities. Red White and Boom –celebrating America’s birthday– is guaranteed to be a source of patriotic family fun.

Red White and Boom will host a unique fireworks display on the Mississippi River. Two dueling barges will be firing off the celebratory display on the river beginning at 9:30 p.m. Red White and Boom has joined with Townsquare Media’s 97x, to broadcast the music for the fireworks. The music and firing sequences are downloaded into a computer controlled launch pad, allowing the fireworks to be launched at specific times, accentuating the display.

Family friendly activities will begin starting at 5 p.m. for both Schwiebert Park and Modern Woodmen Park. The VanderBOOM! Viewing area is located in LeClaire Park in downtown Davenport, and will also be open to the public at 5 p.m. River City 6 will provide the entertainment for LeClaire Park starting at 7 p.m.

Modern Woodmen Park will feature kid friendly activities provided by the River Bandits, the USO and Davenport Park and Rec.  Live music by Rude Punch and the 34th Army band, Sidewinder, will be going before and after the fireworks.

Modern Woodmen and Schwiebert Park, will both host ceremonies with a proclamation highlighting the Rock Island Arsenal, those who are serving and those who have served in our nation’s military.

More details are available at https://www.redwhiteandboomqc.org/