Rage Against the Machine, American rock band that was very successful in the 90s-early 2000s, have announced their 40-date reunion tour. This will be their first show together in 8 years.

Rage Against the Machine, also known among fans as RATM or Rage, is a rock band that was formed in Los Angeles, California in 1991. It consists of vocalist Zack de la Rocha, bassist Tim Commerford, guitarist Tom Morello and drummer Brad Wilk. They were known for expressing revolutionary views through their songs. It is estimated that since 2010 they globally sold more than 16 million records. They were even nominated for induction into the Rock & Roll Hall of Fame, but unfortunately the bid failed.

This year Rage will have a 40-date reunion tour that will kick off in March at the cities along the Mexican border. They will perform in El Paso TX, Las Cruces, NM and Glendale, AZ. All proceeds from these three performances along the border will be donated to immigrant rights organizations. Rage members also plan to donate a portion of their proceeds from shows of this tour to various charities throughout this year. In April they are scheduled to headline Coachella. After Coachella, Rage will perform in different venues from arena shows to festival appearances. During August-September they will perform in Europe. Run the Jewels will support Rage Against the Machine during the whole seven month tour.

On May 19, 2020 Rage will be in Chicago, IL performing at United Center. Tickets go on sale on Thursday, February 13th and will be available at ticketmaster.com.

Rage Against the Machine 2020 Tour Dates: 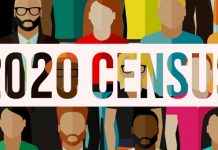