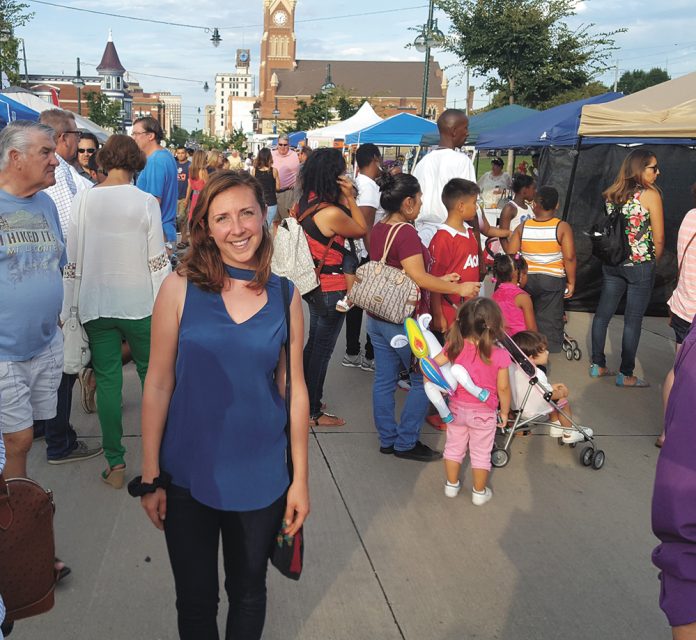 Founded by the Ontiveros family in the summer of 2016, Mercado on Fifth has quickly become one of the hottest cultural and foodie destinations in the Quad Cities. Commonly called “Mercado,” the Spanish word for “market,” this weekly event in the spring and summer brings Quad Citizens together to celebrate culture, community and entrepreneurship on Moline’s Fifth Avenue.

This winter the nonprofit organization has expanded its reach with off-season events and programs throughout the Quad Cities. On Wednesday, March 11, leaders of Mercado on Fifth are bringing a taste of the multicultural night market to the Quad Cities Chamber’s AMp Up Morning Networking event at the Quad Cities Waterfront Convention Center in Bettendorf, IA.

Here are the details:

AMp Up: Mercado on Fifth’s rise to a regional destination

The program will cover the past, present and future of Mercado on Fifth and how the organization adopted Group O’s recipe for success. Attendees will walk away from this event with four mantras, used by Group O and Mercado on Fifth, to help their organization reach its goals for growth and innovation.

Maria Ontiveros is the President of Mercado on Fifth. She helped launch the nonprofit organization in 2016 and soon after started the Spanish language Food Sanitation Management program at Black Hawk College, helping Spanish speakers become certified to open food service businesses. Mercado has since helped create and/or provide a platform for more than 20 new minority-owned businesses in the Quad Cities. Ontiveros, a 2012 graduate of the University of Wisconsin-Madison, is currently pursuing her master’s degree in secondary education. She also serves as a board member of MetroLINK and WQPT-TV.

Melissa Freidhof-Rodgers is the Director of Mercado on Fifth. She is thrilled to be working for such a vibrant organization that provides the greater Quad Cities with an inclusive family-friendly event. She is an Augustana College graduate with a background in sociology, Latin American Studies and Spanish. Melissa also has extensive business management experience, with a focus on customer service and rebranding. She is a board member of the Greater Quad Cities Hispanic Chamber of Commerce, Palomares Social Justice Center and serves on the Downtown Bettendorf Facade Committee.

About AMp Up: This before-work event is your opportunity to hear what’s going on in the Quad Cities region. The event also welcomes new Chamber members and provides an opportunity for you to connect with other business leaders.