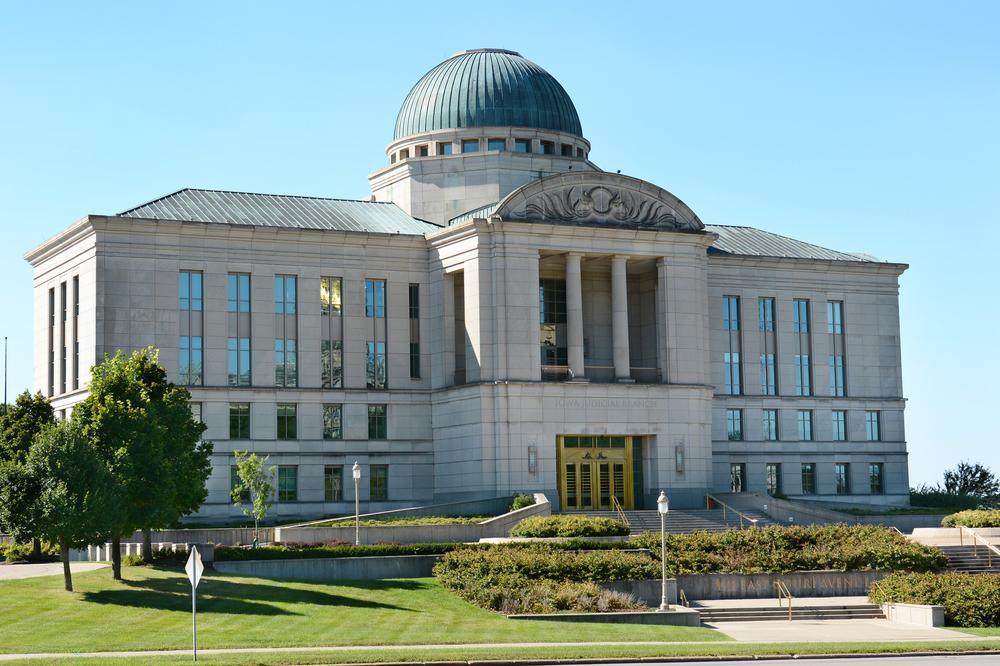 Martinez is a “dreamer” brought into the country as a child and, by upbringing, an American. But a draconian system forced the 31-year-old Muscatine woman into the shadows. It drove her to the black market for fake identification so she could get a job and drive a car. She was, in a very real sense, a victim of a broken immigration system, left that way for decades by congressional spinelessness and seething white anger.

Martinez’ story is shared by millions. It’s sad. It’s inhuman. But Ostergren just couldn’t help himself. He had to pile on.

Ostergren, a Republican, used Martinez’ desire to simply participate in society against her. In 2013, Martinez enrolled in President Barack Obama’s Deferred Action for Childhood Arrivals (DACA) program, created by executive order, which recognized that far too many residents immigrated illegally as children through no choice of their own. DACA remains one of the few Obama-era executive orders President Donald Trump has yet to overturn.

Ostergren weaponized Martinez’ DACA paperwork, charging her with identity theft and forgery because it exposed that, at 17, she obtained a second identity to get a job. It’s prosecutions like this that keep people in hiding by eroding trust in the government. By its very existence, DACA implied a certain level of protection for those who enrolled.

Ostergren’s crusade of cruelty failed this month in Iowa Supreme Court. By a 4-3 ruling, justices concluded that Ostergren overstepped his bounds and wrongly interjected himself into federal policy.

Yet it’s the fallout from over-eager prosecutors like this that tend to live on. The damage is probably done.

Roughly 40,000 undocumented immigrants lived in Iowa in 2014, according to Pew Research Center. That’s more than a quarter of Iowa’s immigrant population. Some 3 percent of students enrolled in K-12 education in the state — 15,000 children — were children of undocumented, primarily Mexican, parents.

By and large, these are families who come seeking work. They’re lured here by entire economies — especially dairy and produce — that actively court them. They bring children who, ultimately, come of age knowing a purely American experience, albeit an unnecessarily harsh one.

It’s into these communities that local police agencies have spent years building relationships. The lack of legal status means undocumented immigrants are prime targets for scams, abuse and human trafficking. They can also be key witnesses in criminal investigations. But playing ball with the police could, after all, get an undocumented worker deported. So, it’s the cops that have, in many cases, chosen good community based policing over immigration roundups. And it’s paying off to everyone’s benefit.

That’s until officials like Ostergren come along looking to turn people into felons.

The legal campaign against Martinez smacks of an official with ambition looking to check the boxes. Ostergren has never made any bones about his desire for a higher post. He’s sought judgeship. And, now, he’s on the shortlist for a U.S. attorney post within President Donald Trump’s administration.

People are more than an ends to a means, Mr. Ostergren. Ms. Martinez’ life is, in every regard, of greater import than your career. Ostergren is but a player in a viscous cycle. Martinez would have been a prime candidate for deportation had he succeeded at making her a felon.

The years-long legal battle speaks to the pure nastiness that’s infected some circles of conservative politics. It’s a zero-sum worldview that caters to economic angst and racial anxiety. It’s a cruel, arbitrary use of the judicial system that turns people into political statements. It results in the massive round-ups now happening throughout the country, which pay little attention to the social mechanics that lure immigrants into the U.S. in the first place.

There’s no doubt that undocumented immigrants in Muscatine County will be just a little more skeptical of all law enforcement and the government after Ostergren’s shameful crusade.

It’s charades like this that make communities less safe for everyone. And the taxpayers of Muscatine County funded Ostergen’s attempt at elevating his profile.

This article is reprinted with permission of the Quad-City Times