The Chicago Film Festival is celebrated in Chicago in April and has been going on since 1985. Films from Puerto Rico, Spain, Argentina, & Iowa; will be presented at the Des Moines Latino Film Festival.

Community members may also attend virtually to view the screenings of the films. To register and to view the schedule visit their website for more information. 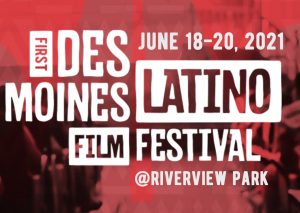