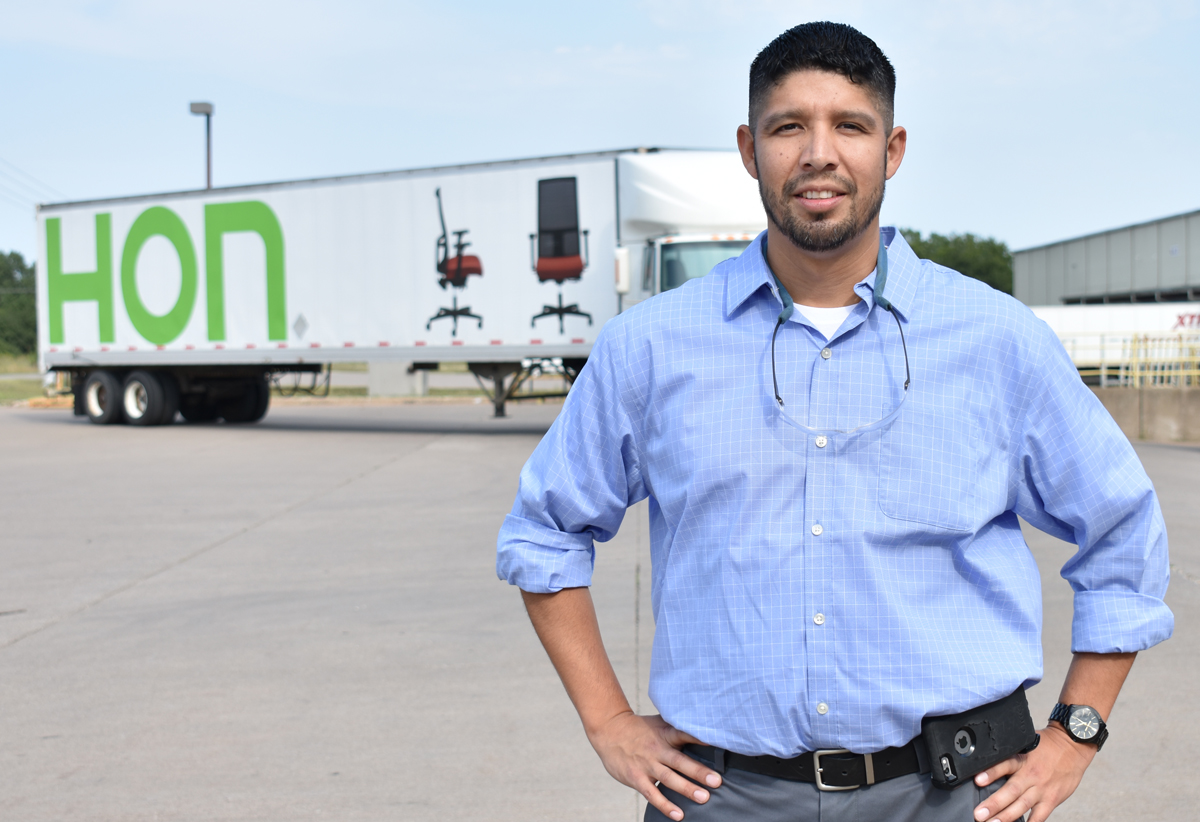 There are many great people working for the HNI Corporation. Martin Moreno is one of employees of HNI, who is a Factory Manager for Stride Factory at the Allsteel Progress Park facility in Fruitland, IA.

HNI is a corporation that consists of many leading brands that offer products and services for office and home and according to Martin Moreno, HNI is a great place to work where employees get a chance for “continuous improvement, development opportunities and employee ownership.”

Martin Moreno is originally from Mexicali, Baja California, Mexico. He lived in Southern California until he reached middle school and that was when he moved to Muscatine, IA.

“My parents were recruited to work for a local manufacturing facility in the 90’s that is how I ended up in Iowa,” Mr. Moreno remembers. “I have lived in Muscatine, IA since. I really enjoy the Midwest, wouldn’t trade it for any coast.”

Mr. Moreno told us that he graduated from Muscatine High School while he was still a junior. After High School Martin Moreno tried to go to school full time and work full time. He was going to Muscatine Community College and worked at HON for a temp agency.

“Full time school and full time work was overwhelming, the funds to go to a four-year college were not available, that would have been the best option,” Mr. Moreno explains the choices he made before he came to work for HNI. “After little consideration, I decided to join the United States Marine Corp, something I wouldn’t change, met lots of great people and saw many places, those were “MY” college years, plus got to serve this great country.”

Once his rotation in the military was done and over, Mr. Moreno returned home to his family in Iowa. He said that while this was a beautiful experience, still, he missed his family and wanted to be with them. After his service to the country he went to work full time and was studying at MCC for his associate’s degree. Once he got his associate’s degree he was not sure about continuing with his education, but he received encouragement from HNI employees.

“Once back with HNI they encourage me to continue my education, needed to move up in the organization, currently I’m attending the University of Iowa, in continuing education,” Martin Moreno said.

While now he is a Factory Manager, he started out as just a Group Leader at HNI. When he worked as a group leader, Martin Moreno explains that he was learning about 4 different processes. 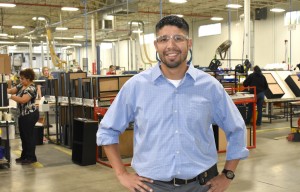 “Everything from owning CNC wood and metal equipment to powder painting, assembly lines, new equipment and automation introduction. I have been continuously challenged and have learned a great deal of things in a short time, part of it is my willingness to improve myself and part of it is that this company allows you to do so,” Mr. Moreno describes how his experiences helped him to move up in the job.

Mr. Moreno said that his desire to continue his personal improvement and education helped him to show off his abilities through different projects and team management skills. And he also credits HNI for the opportunities they offer to employees to reach their highest potential.

“One good thing about our company is that we have multiple plants in small locations, this allows us to leverage our strengths and learn from each other and also allows us to network with employees once they have moved on to new roles within the company,” Martin Moreno praises HNI for the chances it has given to him and many others who work there.

Mr. Moreno explained that he considers himself a leader that tries to lead by example. He also believes in supporting others who are trying to move up in the organization and “do right for the company, employees.”

“I do like my job, after many years of supervision I always wanted to move into a management position, I now have been given the opportunity and have been in my role for 4 months,” Mr. Moreno stated.

Martin Moreno explained that NHI offered different options to him. He had a chance to be in Maintenance, RCI Engineering, Safety and other positions.

“They always say that the more cross functional you are in skills, the better,” Martin Moreno explains why he took on so many different positions. “I don’t think I have ever seen this in any other company I have worked in. This is what makes this company special to me.”

Mr. Moreno added that he is planning to stay at his current position for about a year or two, but he has his eye set on Human Resources and the company is aware of his career goal and he says that they fully support him.

“Just like how I know what my team aspires to, my leadership team knows what I want to accomplish in my career,” he specified. “In my role I have approximately 100 members reporting to me.”

He detailed that everyone from engineers, supervisors and team leaders to fork lift drivers, quality auditors and assembly line workers is part of his hard-working team.

“Our company is experiencing a lot of growth so we need great employees to fill these jobs,” Mr. Moreno invited those who are searching for job to consider HNI as their next place of employment.

Martin Moreno said that anyone looking for job or career is invited to apply.

“This company is always looking for dedicated, hardworking people,” he said.

Anyone looking for summer job, internship opportunities, or a full time job can stop by the Recruitment Center located at 816 E. 5th Street in Muscatine, IA or call at (563) 272-7446. The company offers benefits from first day, vacation paid time off, profit sharing after a year and pay raises every 90-day for 18-moths for hourly jobs.