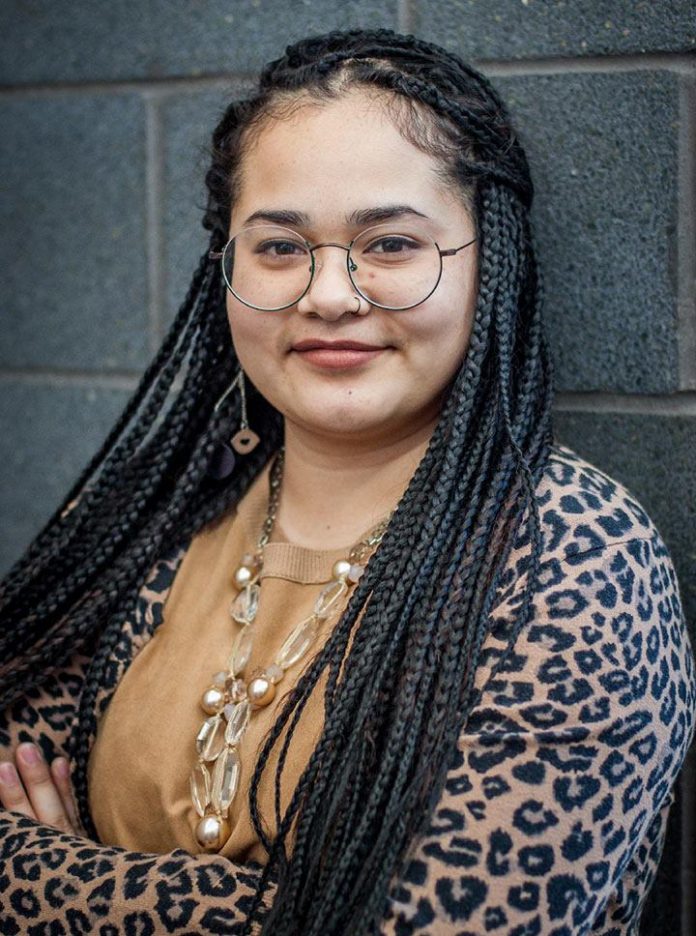 Des Moines, IA – Today, Marlu Abarca, 27, announced her run for City Council At-Large. The North of Grand resident will speak at a formal campaign kick-off event hosted by Adriana’s Agency in La Placita corridor in the East Side of Des Moines.

Abarca brings years of experience serving on local and state-wide boards and commissions; her most notable appointment being to the Governor’s Iowa Commission of Latino Affairs in 2016, with a re-appointment in 2018. An avid volunteer, Abarca had to step down from several boards this Spring, in order to make time for the campaign race.

“I chose to step down from the Board in which I had served the longest – six years – which was a difficult decision, since I initially started as an intern with Al Exito, and then later became the organization’s first Latina Board President,” says Abarca.

Abarca’s platform includes increasing the visibility of the City Council among Des Moines residents, expanding DMPD’s community outreach efforts, improving resources for homeless and transient populations, and improving the City’s overall accessibility for residents that rely on walking, biking, and taking public transit as their main form of transportation.

“I want to live in a City where we don’t ignore the needs of its residents. Students need sidewalks to get to school; all residents need to be able to trust law enforcement in case of an emergency; I’m the one the City Council needs to get things done.” Abarca has served on DMPD’s Community Ambassadors program since 2016, and was part of the first all-Latino class of the Police Department’s Citizen’s Academy in 2017.