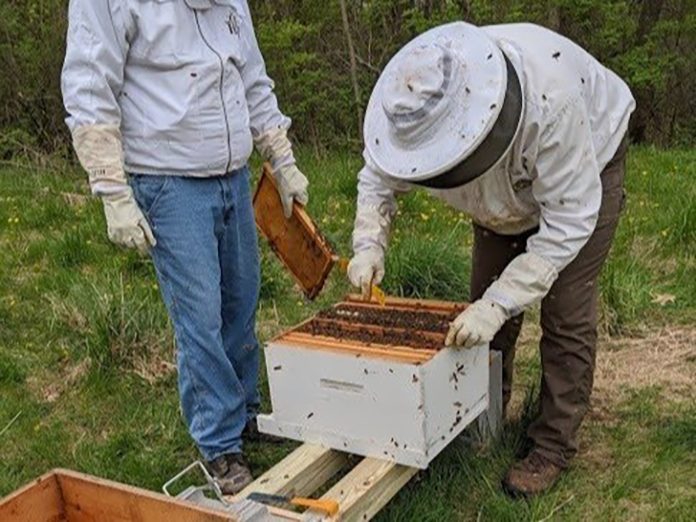 QUAD CITIES, Iowa/Illinois—As every member of the Illowa Council knows, a Boy Scout always leaves his campsite in better shape than he found it. According to Mark Schwiebert, a former Eagle Scout and the founder of the Mark W. Schwiebert Fund for Environmental Studies at the Quad Cities Community Foundation, that principle extends across the planet we call home. “Ask yourself: what do you want to leave behind for those who come after you?”

Schwiebert’s own answer to that question helped lead him to establish the Schwiebert Fund, which since 2016 has made annual grants to Quad Cities nonprofits that educate the community about the consequences of climate change or research environmental sustainability. As an endowed fund, it’s a permanent resource that future generations will continue using for environmental protection and advancement in the region, with the dollars available for grantmaking growing over time through additional gifts, investment returns, and compound interest.

This year, the Schwiebert Fund is awarding $10,600 to seven local nonprofits for environmental education and research projects. “Quad Citizens don’t just love the natural beauty of our region—they understand the importance of worldwide efforts to combat climate change,” said Kelly Thompson, the Community Foundation’s vice president of grantmaking and community initiatives. “We’re proud to support the Schwiebert Fund’s contribution to those efforts. Philanthropy has a vital role to play in sustaining our environment.”

Among this year’s grants is $1,500 for the Boy Scouts of America Illowa Council to help it construct an outdoor classroom and a support shed for its bees program. “There’s an old saying that three-quarters of ‘scouting’ is ‘outing,’” said Jeff Doty, Scout Executive/CEO of the Illowa Council. “Ecology and conservation are major parts of our programs.”

The bees program project builds on the Council’s efforts to restore Lake Lennen at Camp Loud Thunder in Illinois City in Rock Island County. Now that the lake is safe for wildlife and the Scouts alike, the Council intends to build an outdoor classroom with bench seating for 30 and a new bees shed, where it will store hives and educational equipment, on the lake shore. The Schwiebert grant will anchor the construction of the outdoor classroom, while the Council will raise additional funding to complete the bees shed.

“This is going to be a good, fun learning experience for the Scouts,” said Doty. Not only will they learn about bees’ critical—and often imperiled—role in the ecosystems humans depend on, but they will also eventually be able to sell honey from the bees to fund future enhancements to the program, an education in the power of sustainability.

Schwiebert still remembers his own time as a Scout. “It was one of the things that enhanced my appreciation of the wonder of nature, of its grandeur, of its majesty, of its might—and of its fragility,” he said. “Supporting this bees project seems singularly appropriate because it comes full circle from those experiences I had as a kid going to Scout camp.”

St. Ambrose University, for the Sustainability Round Table Series for educators—$1,500