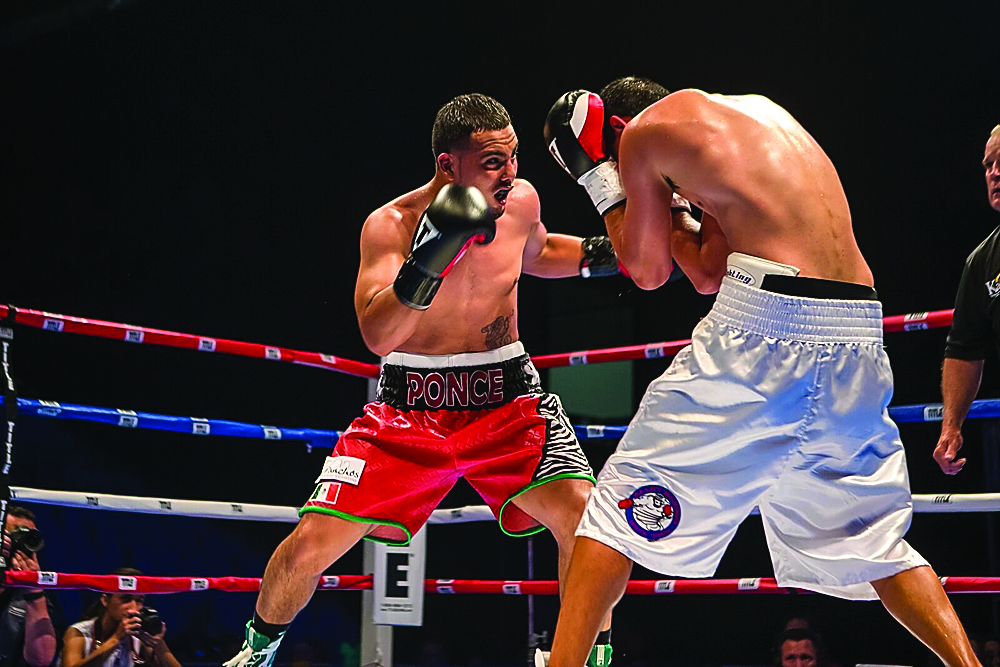 Last Saturday June 17 Ponce won the biggest fight of his career defeating the hometown favorite Noel Esqueda in Wichita, Kansas as the co-featured event live TV on CBS Sports. The bout took place the same night and almost at the same time that one of boxing’s biggest awaited rematch Ward vs Kovalev 2 on HBO PPV.

Ponce, or Limbo to his friends, is a very humble family person that when you first meet him you wouldn’t guess that he was a professional boxer because of his calm and polite manner. But once on the ring he takes care of his business. 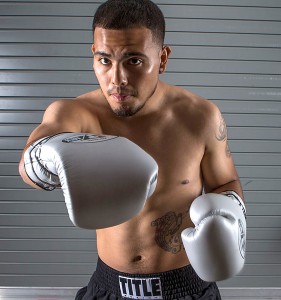 On Saturday night that is just what he did and he brought his professional record to an impressive 14-3 with 9 KO’s. This fight was very challenging given the height and reach advantage of his opponent of 3 inches each.

To add to the height and reach disadvantage Limbo hurt his right hand on the second round.

“I though I had broken my hand, it hurt everytime I hit him” Limbo said.

Turns out he sprained his middle finger knuckle. Regardless he did not complaint to his corner guys he just kept going and took care of business. It wasn’t until his manager Jesse Gomez pulled out Limbo’s glove that he noticed it hurt Limbo.

“I told Limbo to try open and close his hand, he was in pain but he was able to do it easily that’s when I knew it wasn’t broken” Mr. Gomez said.

For now Limbo will rest up his hands for a few weeks “the doctor told me no punching for 3 weeks but I will be working on my cardio” Limbo said.

For now Limbo has a lot to be thankful for his wife is expecting a little girl this August, they just purchased their first home and the boxing offers are coming in for him.

Congratulations Limbo get well and enjoy the down time as your fans are anxiously awaiting your next fight. ¡Hay “Gallito” para rato!