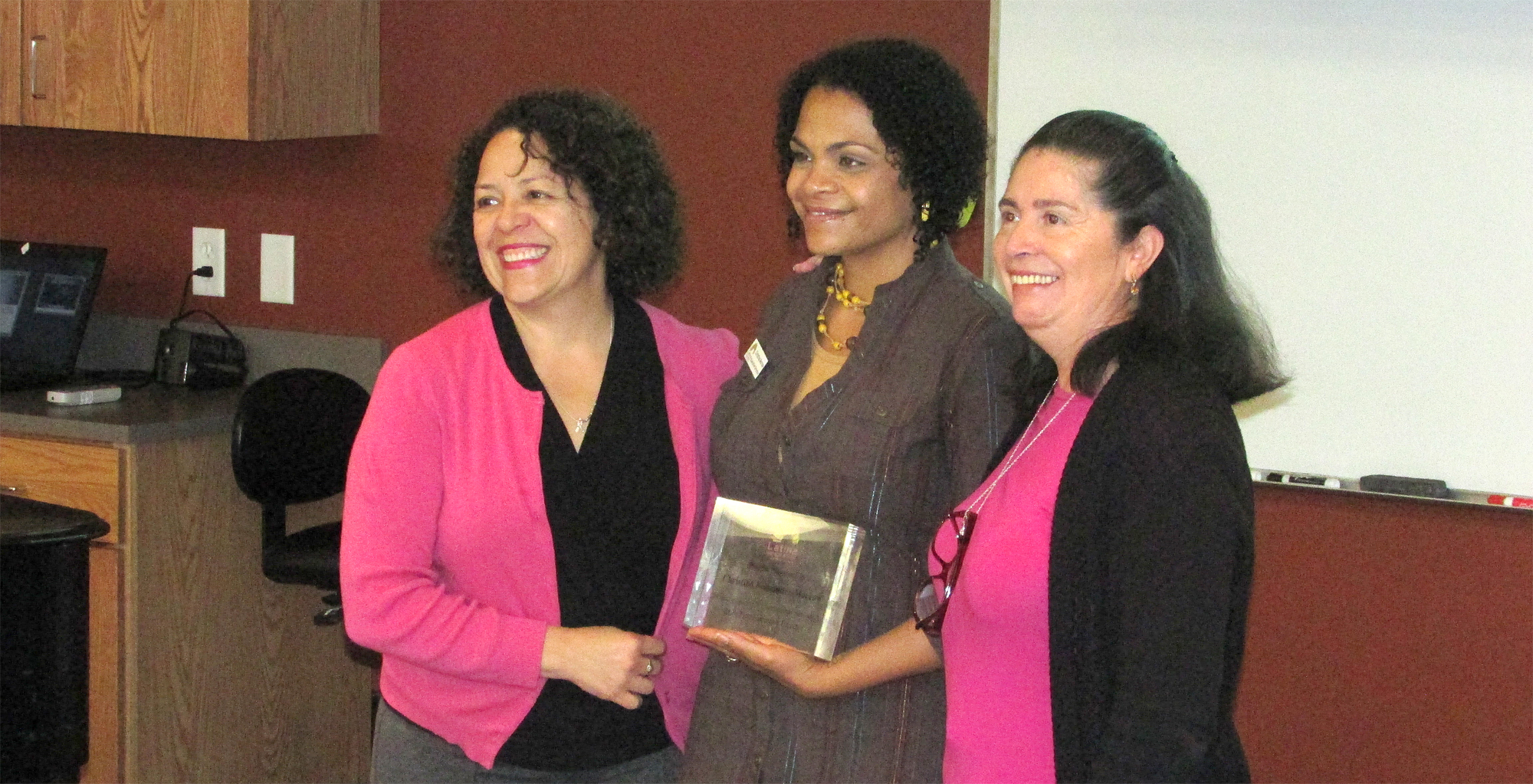 “I want to thank all of the people have served on the Board of Directors since my time as Executive Director over the last three years. To all the people that helped build this program from its roots, and to all the people that have helped sustain it over time, I am thankful. But most of all, I want to give thanks to my daughter for always being by my side. I remember her sitting in the corner of the room quietly while mommy was in meetings or leading class. She didn’t quite understand it at 8 years old, why she had to come with me and sit quietly, but she has been the greatest support of my life. Thank you so much!”

“This is an exciting process—LLI is in good hands,” Fernandez-Morrow shares her excitement about the growing program and its new leadership. “The Executive Director must be tough and diplomatic… and Viviana holds an unwavering commitment to the organization.”

“The hiring committee did a phenomenal job,” Rocio Hermosillo ‘14, a member of the first LLI class tells Hola Iowa. “What excited me most about the committee’s decision to hire Viviana: she is a woman that went from participant, to being one of the founding members of the alumni network…it is a true testament to the abilities of LLI to create leaders in the community.” Lupita Aquino, ’16 plans on continuing to foster her relationships with the new class and continue to be a part of the Alumni Association that De la Cruz has started. “I think the group was a great idea and it reflected the common sentiment that we all wanted to continue to be a part of LLI.”

The Latina Leadership Initiative of Greater Des Moines has a strong record of producing alumni that have gone on to receive great accolades throughout the state, and Viviana is yet another great example. Until now, the Latina Leadership Initiative has produced two women who ran for School Board in their respective communities, with one—Juanita Zavala ‘15 becoming the first Latina to serve on the Board in Ottumwa. Another went on to be appointed to the Governor’s Latino Affairs Commission; four classmates from the class of 2015 went on to become heavily involved as activists during this presidential election; one even becoming a surrogate for presidential candidate Martin O’Malley and was recently honored by the Iowa International Center as an honoree for the Passport to Prosperity Award of 2016.