Having already made a name for himself in Mexico and overseas, Mexican fighter, Jose “El Teco” Quinonez (8-3) is ready to have his name be more of a household one after his fight this weekend at UFC 248: Adesanya vs Romero.

Taking on “Sugar” Sean O’Malley (10-0) in the Prelims main event, and being on a card featuring two title fights, Quinonez knows that more eyes will be on him and that’s exactly what he wants. “The truth is that I have been waiting for this fight for ten years,” said Quinonez. “That’s how long I have been practicing this beautiful sport. I’ve always dreamed of being part of such an important card and representing the Mexican people and all my Latinos.”

Coming off a win last September in Mexico City, Mexico, Quinonez is always happy to step up and fight in front of his hometown fans when the UFC comes to visit. “Fighting in Mexico City is always very special for me because I feel that I am defending my country,” explained Quinonez. “Every time the UFC comes I will always be ready to battle.”

With Henry Cejudo sitting at the top of the bantamweight division, a win over O’Malley this weekend will put Quinonez just a bit closer to his title-holding aspirations. “My intention is to reach the top of the division little by little to then be able to snatch the title from whoever has it at the time,” said Quinonez. “I want to be able to give the Mexican people a title.”

As Cejudo will be putting his title up against Jose Aldo in May, Aldo is also on Quinonez’s list before the year is out. “The truth is I just want to fight the best, but since Jose Aldo has come down to the division, I would love to be able to face him. I really admire him and I know we would put on a show for all the fans,” said Quinonez. But getting through O’Malley this Saturday night with an attention stealing fight is first and foremost the task at hand. “This March 7th I want the whole world to see who Teco Quiñonez is and how with every fight I’m improving my martial art.” 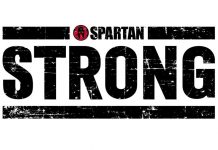 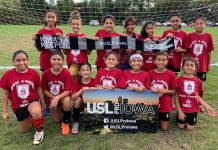