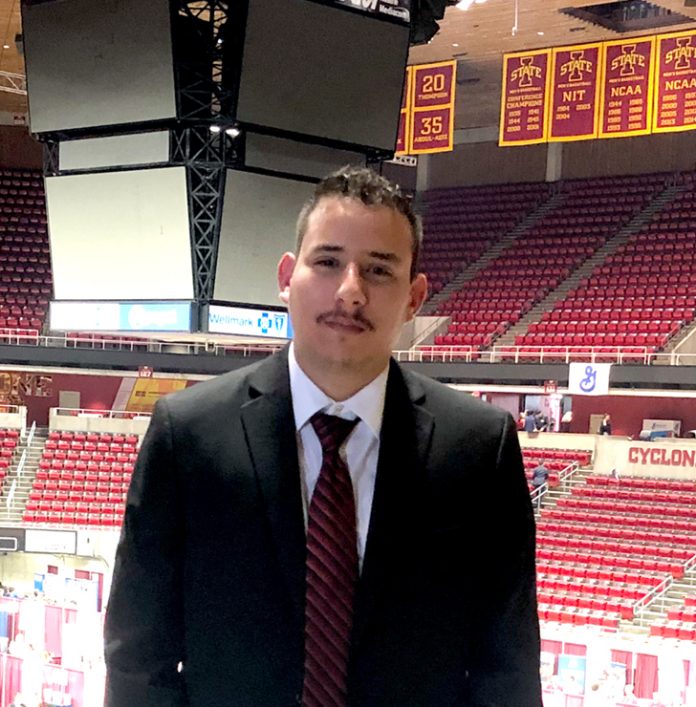 Pedro Salazar was born in California but grew up in Mexico with his family. He came to the United States in 2013 without knowing a single word of English. Seven years later, he is studying Aerospace Engineering at Iowa State University and was recently accepted into the NASA Lucy Ambassador  Ambassador program.

“When I was a kid, I used to make paper planes and fly them around the house. I like aerospace engineering because it goes into depth on why and how airplanes fly. In this career, there is always something new to learn and explore.”

Salazar has been involved in various different NASA programs thanks to the help of Dr. Woods, a physics and math instructor at the DMACC Boone campus. He participated in NASA Community College Aerospace Scholars (NCAS) and he is currently a NASA Ames Research Center Intern.

“He has been a very positive influence on other ESL students at DMACC showing them that they really can do anything they set their minds to. He is a founding member of a Latino Club and he has inspired countless other community college students to participate in NASA programs.  Pedro was a member of the DMACC Honors Program and graduated with honors.  He was also a member of Phi Theta Kappa, the International Honor Society of 2-Year Colleges and he represented DMACC on the 2019 All Iowa Academic Team,” Dr. Woods said. 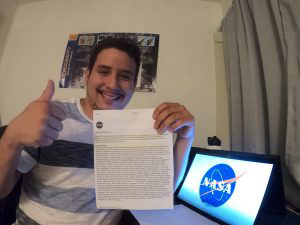 He recently received the ISGC Merit Scholarship and hopes to find a mentor within the ISGC or the Aerospace Department and conduct research during his time at Iowa state.  Salazar got an email from L’Space about joining the ambassadors team and decided to apply.

“My goals for my time as a Lucy Ambassador are to make at least three presentations during this academic year and I really hope to do one to the Hispanic community in Spanish. I feel grateful because I will serve as an example that anything is possible even when the odds are against you.”

Salazar is currently attending training sessions and learning all the material for his position. So far, his biggest challenge is getting over his fear of public speaking. His favorite part is that he has the opportunity to encourage more students to be involved in NASA programs, as well as building awareness in the community about what NASA has to offer.

“Pedro is an amazing individual.  He tries opportunities that others don’t want to try.  He puts himself out there and works so hard to accomplish all of the things he sets his mind on,” Dr. Woods said.

After graduation, Salazar hopes to continue his education and attend graduate school. He then hopes to work at a NASA center as a project manager. During this time, he hopes to create a non-profit organization to help kids with disabilities and a mentoring program to help future engineering students make deeper connections to their fields.