Iowans and other Midwestern residents could face rolling blackouts this summer if extreme heat and spiking demand coincide with insufficient power.

The warning by the North American Electric Reliability Corp., a Georgia-based regulatory authority called NERC, prompted state regulators Tuesday to grill utilities on how they would handle controlled outages.

Iowa and 14 other states are at high risk of “energy emergencies during peak summer conditions,” NERC said.

In April, Midcontinent Independent System Operator, or MISO, told utilities whose power grid it serves, including most of those in Iowa, that it expects summer demand to increase 1.7% over last summer, while generation capacity has declined by 2.3%.

MISO said the decline in generation is due to fossil-fueled power plant retirements as the nation shifts to renewable energy. The grid operator expects summer demand to reach 124 gigawatts, though there will be only 119 gigawatts of available energy.

It warned that Iowa’s largest utilities, MidAmerican Energy and Alliant Energy, as well as dozens of municipal and rural electric cooperatives, may be asked to cut power to customers if demand appears on track to exceed available electricity.

The National Oceanic and Atmospheric Administration is predicting above-average temperatures for Iowa through August.

Alliant Energy, whose Iowa subsidiary, Interstate Power & Light, is in Cedar Rapids, noted in a filing with the Iowa Utilities Board that Iowa, Minnesota and Wisconsin have capacity that exceeds required reserves, while Illinois, Missouri, Indiana and Michigan do not. But MISO members have agreed to provide power — and curtail usage throughout the grid — to prevent widespread outages like those that occurred in Texas in the winter of 2020-21, leaving millions of people in the dark and leading to the deaths of more than 200 people.

While the greatest risk of summer outages is in the Midwest, most of the western U.S. will be at moderate risk, NERC said. That forecast includes Southwest Power Pool, another grid operator that includes part of western Iowa.

Joshua Byrnes, an Iowa Utilities Board member, urged utilities Tuesday to prepare customers for the possibility of outages.

“People aren’t used to conversations about shedding load” through outages, Byrnes said. “We’re used to things like ice storms and our electricity going off — or weather-related issues. This is something new … and it won’t be perceived well.”

Iowa utility leaders told state regulators they anticipate having enough energy to meet consumer demand for electricity. But if MISO calls for reducing energy use — or for outages — they have plans in place to comply.

For example, MidAmerican has a program that will cut 25% of its peak demand, said Dan Custer, director of MidAmerican’s electrical system control. But he said the system won’t disrupt service to critical facilities such as hospitals.

Officials said service would be disrupted for only about an hour at a time before rolling on to another group of customers, if required by MISO.

Whether the shortage of power will result in increased bills is unclear. MidAmerican and Alliant both said the cost of providing electricity is rising as the price of fuel climbs. Natural gas, for instance, costs twice what it did a year ago. MidAmerican said it does not expect consumer prices to climb, but Alliant didn’t respond to questions about the effect on consumers.

MidAmerican officials and other utility representatives said they are unable to specifically prevent electricity losses to homes of customers who need power for medical equipment, but added that most devices are backed up by batteries that last six to eight hours — sufficient to carry them through the hour-long outages.

Because the Ames Electric Department is a municipal utility, director Don Kom said the city’s fire department reaches out to customers with medical equipment to ensure it’s reconnected.

Noting that central Iowa has several Facebook data centers, Byrnes asked Custer if the leading social media site would continue getting power “so people can complain about not having power.”

Custer said cutting power to a large user like Facebook may be more of a reduction than MISO would require.

In connection with the expected shortages, some groups voiced concern about the country’s push to renewable energy.

The Iowa Association of Municipal Utilities, representing 135 city power providers, urged a sensible, balanced transition to renewable energy that “must not sacrifice reliability, as we are now experiencing.”

“The risk to human life and livelihood caused by an unreliable system is significant, as is the tremendous economic impact on customers,” the association said in a filing with the utilities board.

That debate is playing out in Iowa, which gets nearly 60% of its energy from wind, the largest share in the nation. While MidAmerican Energy has aggressively adopted wind energy, for example, it’s also resisted environmental groups’ calls for to retire more coal generation plants, saying it needs to retain them to ensure service reliability.

Donnelle Eller covers agriculture, the environment and energy for the Register. Reach her at [email protected] or 515-284-8457.

Ways you can save energy and money

Both Madison, Wisconsin-based Alliant and Des Moines-based MidAmerican, part of Warren Buffett’s Berkshire Hathaway conglomerate, have programs that allow residential, commercial and industrial customers to voluntarily cut their energy use in exchange for money back or savings on their bills.

For more information on Alliant’s programs, visit alliantenergy.com and select “Ways to Save.” For MidAmerican’s program, visit midamericanenergy.com/summersaver. 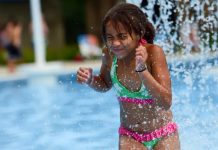