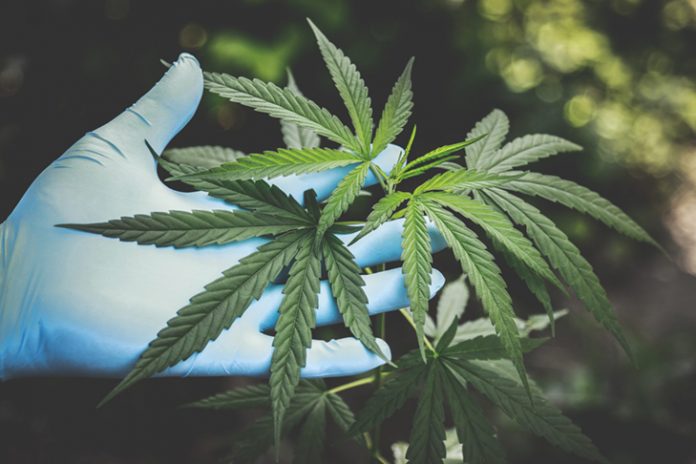 by the immigration project

Following the Cannabis Regulation and Tax Act, it is important for foreign nationals living in the State of Illinois to know that marijuana use remains illegal at the federal level. The purchase, use, and sale of marijuana remains a crime that carries immigration consequences. It is also important to know that a conviction is not necessary to trigger removal proceedings and other consequences: any admission of use or evidence of use is enough for serious immigration consequences. Complete avoidance is the best way to protect your immigration status.

1). DO NOT WORK IN THE MARIJUANA INDUSTRY

In other states that have legalized adult, recreational marijuana use there have been cases of non-citizens facing complications with their immigration-related application because of marijuana related work. In these instances, even low-level involvement in the marijuana industry has challenged the establishment of good moral character, and in some cases has been considered as drug trafficking. Similarly, foreign nationals that co-habit with regular marijuana users or those that work in the marijuana industry may face penalties.

2). EXPUNGEMENTS TO NOT COUNT FOR IMMIGRATION

Please note that the expungements that are part of the Cannabis Regulation and Tax Act do not benefit immigrants and non-citizens. Even if the state expunges the record, the crime would still exist under federal laws; the individual in question has still committed a crime that has immigration consequences.

3). DO NOT USE MEDICAL MARIJUANA

Medical marijuana use, while not an aspect of the Cannabis Regulation and Tax Act, should not be used by non-citizens. Just as prior to January 1st, non-citizens that are considering the use of medical marijuana should first seek a legal consultation. Similarly, CBD (cannabidiol) oils are best avoided.

4). BE MINDFUL OF YOUR SOCIAL MEDIA

It is important to understand the implications of online activity and social media use regarding drugs and drug use. Any posts, photographs, tagged photos, or tweets that could link a person to involvement with marijuana use could be considered as an admission of use as well as call their moral character into question.

As of January 1, 2020 recreational marijuana use is legal in the State of Illinois for adults over the age of 21. Under the Cannabis Regulation and Tax Act, HB 1438, Illinois is one of eleven US states that have legalized the purchase and use of certain amounts of recreational marijuana for adults. Despite this state-level legalization, marijuana use remains a federal crime. This means that even though the regulated purchase, sale, and consumption of recreational marijuana is legal in Illinois, federally an individual participating in these activities is breaking the law. This stipulation is of importance to immigrants, visa-holders, and all non-citizen foreign nationals living and working in the state of Illinois.

Immigration laws stem from the federal level, and United States Citizenship and Immigration Services (USCIS) is a federal entity dealing with federal laws. Violation of any federal law means that an individual’s immigration status could be at risk. As such, involvement with marijuana can mean that a person is inadmissible or deportable because even if the involvement is legal in the state of Illinois, it remains a violation of federal law. The implementation of the Cannabis Regulation and Tax Act means that there are now two main areas of concern for non-citizens in Illinois: a) deportability and b) establishment of good moral character.

Violation of some federal laws can leave a person at risk for deportation or visa revocation; cannabis use violates the Controlled Substances Act, as marijuana is considered as a “Schedule I” controlled substance federally. For visa-holders, use of marijuana may result in the revocation of an individual’s visa. For lawful permanent residents, any criminal conviction other one single conviction for possession of less than 30 grams will make an individual deportable. Any “drug abusers or addicts” are also potentially deportable.

A key part of the naturalization process is the establishment of “good moral character,” and the citizenship application form poses a list of questions related to illicit and questionable activity including involvement with prostitution, alcoholism, and drug use. Naturalization applications can be denied citizenship if an individual is found to lack “good moral character.”